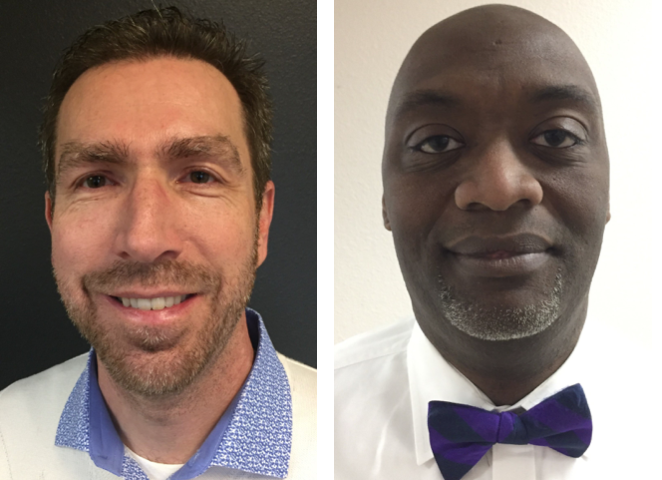 SPRINGDALE -- Voters will choose one of two men to replace longtime School Board member Mike Luttrell in the March 3 election.

Clinton Bell and Edwin Strickland are contending for the at-large seat Luttrell has held for about 16 of the past 17 years. Luttrell opted not to run for reelection.

Both candidates have lived in the School District for more than two decades. Both have two children enrolled in district schools. And both said they believe the district will be in good hands regardless which one of them wins.

Because it's an at-large seat, all district voters are eligible to vote in the race. The winner receives a five-year term. School board members are not paid.

Bell noted his history of community involvement ranging from his membership in the Rotary Club to Chamber of Commerce activities to operating the scoreboard at high school football games.

Strickland is a former teacher and school administrator. He was assistant principal of Springdale's Lee Elementary School during the 2000-01 school year before serving as principal at Fayetteville's McNair Middle School for four years.

Both candidates are pleased with the way the state's largest school district is being run.

Strickland said he wants to ensure the district is prepared to handle continued population growth in the community and that schools remain committed to diversity, equity and inclusion.

Bell also mentioned growth as the top issue facing the district and said inclusion is "very important." In addition, he'd like to see more done to combat bullying.

"I know teachers have training, and there are easy ways to report it, but I don't necessarily feel we're catching as much of it as we should," Bell said.

The board likely will hire a replacement for Superintendent Jim Rollins some time during the next few years. Rollins, 72, has been superintendent since 1982. He has two more years on his contract, which the board last month declined to extend.

Bell said he's up to the task of hiring a superintendent because he's open-minded and has plenty of experience making good decisions based on available data.

"I know that as we interview, as we do the search, I have a good ability to take the criteria and match it with people. I don't do that necessarily on a day-to-day basis, but I have done that for a while," Bell said.

Strickland said he's had the opportunity through his professional development job to work with many superintendents across the country, which will help him identify the right leader for Springdale schools.

"A superintendent is not just a business manager. It needs to be someone who understands instruction and understands the importance of how to support teachers and making sure students are achieving at the highest possible level," Strickland said.

Strickland, if elected, would become the only black person serving on a school board among the 15 school districts in Northwest Arkansas. About 2% of the Springdale District's 22,000 students are black, according to state data.