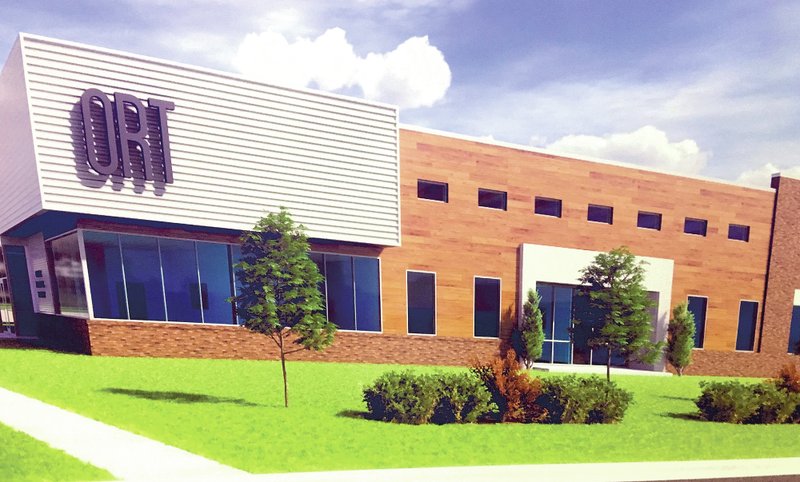 A rendering of the new Ozark Regional Transit administartion and operations center at it's location in Springdale. (Courtesy photo/Risley and Associates)

SPRINGDALE -- Ozark Regional Transit officials and guests gathered Thursday afternoon to celebrate the start of work on their new administration and operations center on Robinson Avenue.

"It's a huge day for Ozark Regional Transit," said Joel Gardner, executive director. "It's going to be about an 8,800-square-foot office that's going to allow us to grow very well over the next couple of decades."

Regional Transit will use a $2.9 million federal Transportation Department grant to build the facility. Regional Transit's land on Robinson Avenue on Springdale's west side is being used as a local match for the grant, Gardner said.

The transit agency began applying for federal grants for a new building in 2015 and received approval last year.

Risley and Associates architectural firm of Fort Smith designed the building, and Oleke Construction of Lowell will build it. The construction schedule calls for completion in 270 days.

Gardner said the building will be big enough to house staff and operations for years to come. It will have a board room, office space for staff, room for future office staff and a training room.

Regional Transit has been housed in a 7,000-square-foot building that it had outgrown.

The old building will be demolished and the site converted to a parking lot.