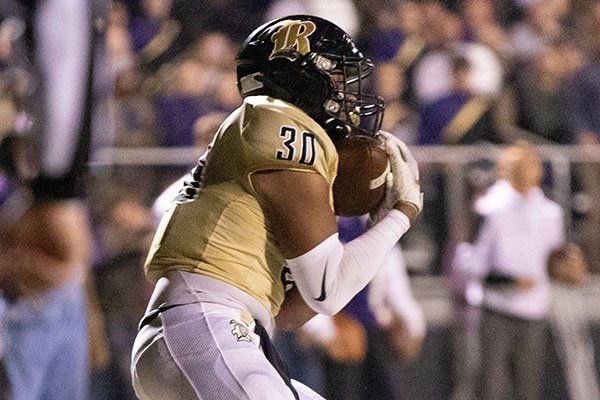 Instincts at linebacker is essential. Some have it and some don't.

According to MaxPreps, he led the state in tackles with 213, while also having 47 for loss, 12 sacks, 5 pass breakups, 1 interception, 5 forced fumbles and 2 fumble recoveries this past season.

McIntosh, 6-2, 225, 4.7 seconds in the 40-yard dash, had scholarship offers from Tennessee-Martin, Lamar and Austin Peay before choosing to be a Hog.

"Chandler has a nose for the football like no one I've ever seen," Eskola said. "Highly coachable. Big, strong, tough kid that's going to go in and earn everything he's given. He's use to fighting for everything he's got, and he'll end up playing at Arkansas."