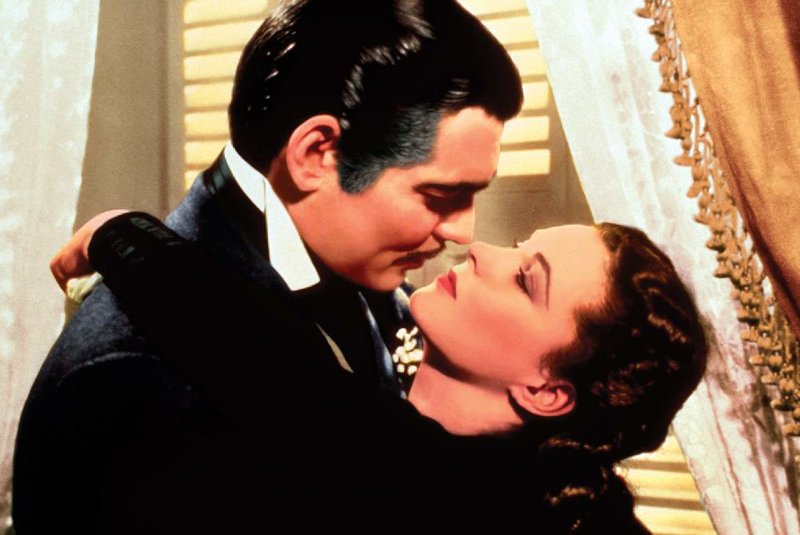 Clark Gable and Vivien Leigh are among the stars of Margaret Mitchell’s Gone With the Wind. Would it be among your choices for the only 10 movies you can watch for the rest of your life? (Turner Classic Movies via AP)

Here's the premise: you're in a bunker in the postapocalyptic world. (I'm assuming that, by the date of publication, this will still be a "premise.") You've managed, almost magically, to bring with you the 10 movies, but only 10 movies, you'll be able to watch for the rest of your days.

Don't argue with me about the details. You can figure out what kind of device you'll be using. You want a big-screen TV, you'll have a big-screen TV. You want a projector and a sheet to hang on the wall? We can make that happen. You feel the need for a Sony Watchman? You got it.

But you cannot load up on a franchise. Yes, you can have The Godfather, but either Part I or Part II. Since no human being sufficiently alert to survive a global catastrophe would choose Godfather III, there's no need to mention it. You can have one version of A Star Is Born, but you cannot get Gaynor, Garland, Streisand and Gaga as a package deal.

You can have exactly one Star War.

Remember, these are not necessarily the best films ever made in the history of cinema. You don't have to show off your cinematography chops. Unless you really want to spend your remaining days watching a four-hour black-and-white tale concerning the inevitable destruction of entrenched capitalism as portrayed by warring members of a beet-farming family in a movie that broke the box office in 1926 Odessa, don't put it on the list.

It'll be tough, once you're in the bunker, to impress anyone with your nuanced perceptions of the underlying tensions illuminated by the slowly rusting bicycle seen in that wide-angle shot for a total of six seconds in reel three. You won't be able to impress them because they won't be interested in hearing your justification for having picked a movie that proves a point instead of one that enthralls, entertains, enrages or enraptures them.

The idea is to gather, in your arms, the films that will be your 10 best and most watchable friends. Choose the 10 films you are most fond of watching, not the ones you are most proud to have seen.

Civil conversations about personal perspective will be welcome in the bunker, if only because we'll be cognizant of the fact that incivility didn't work out too well, given the whole apocalypse thing. Incivility, we'll remember, is what brought us to the point where we're grateful to be living in concrete burrows deep under the earth that nevertheless have sufficient power to keep all these viewing devices fully charged. (That's for the reader who has already started a note concerning energy sources.)

I told you that you wouldn't agree, which means you need to come up with your favorites.

Make your own choices before anyone else makes them for you and way before the house lights are lowered.

Print Headline: What 10 movies would you take into a bunker?