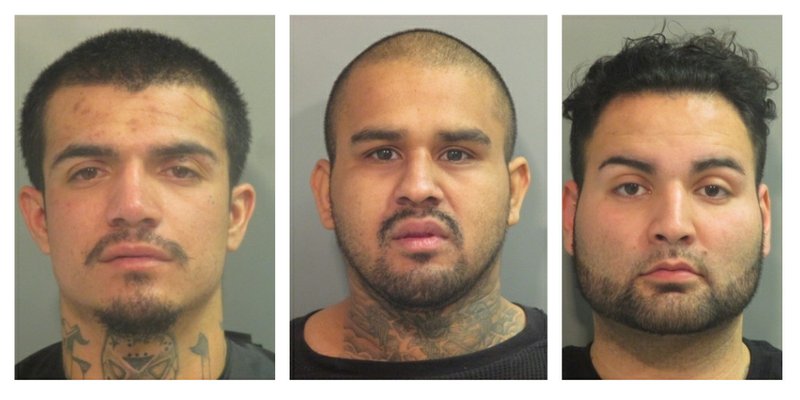 FORT SMITH -- Authorities arrested a fugitive Wednesday wanted in connection with a homicide in Springdale.

Alexander Amador, 27, of Van Buren, who was the focus of a manhunt Tuesday night, was arrested near 1117 S. Fourth St. in Fort Smith at about 9 a.m. Wednesday, said Randy Coyne, supervisory deputy U.S. marshal for the Western District of Arkansas.

Amador was one of three people involved in a Jan. 30 homicide in Springdale through the course of an investigation, as well as the last to be arrested, said Lt. Jeff Taylor of the Springdale Police Department on Wednesday.

Task force officers and deputy U.S. marshals tried to arrest Amador about 4:30 p.m. Tuesday, Coyne said. Amador was a passenger in a vehicle at the time, and the driver, a woman, fled from officers until the she lost control of the vehicle and left the road near South S and South 12th streets. Amador, who fled from officers, was believed at the time to be armed, authorities said.

Police received a phone call from a male Wednesday morning, saying he spotted Amador near 1117 S. Fourth St., Coyne said. Officers responded, established another perimeter, and after a search captured a "wet and cold" Amador.

Coyne said Tuesday the female driver was released after she was detained.

Springdale police were called to the area of Huntsville Avenue and Newell Drive about 2:48 a.m. Jan. 30 for a report of gunshots, according to a police news release. Officers found a man with a gunshot wound lying in a driveway on Newell Drive. They immediately began to do CPR, but he died on the scene. The man was identified as Joseph Soto, 23, of Springdale.

The other two suspects who authorities say were involved in the homicide, identified as Ramon Flores, 28, of Lowell and Daniel Iraburo, 22 of Fort Smith, were arrested Feb. 4 and Feb. 6, respectively, on suspicion of accomplice to capital murder, according to Taylor on Wednesday. They are both being held in the Washington County jail.