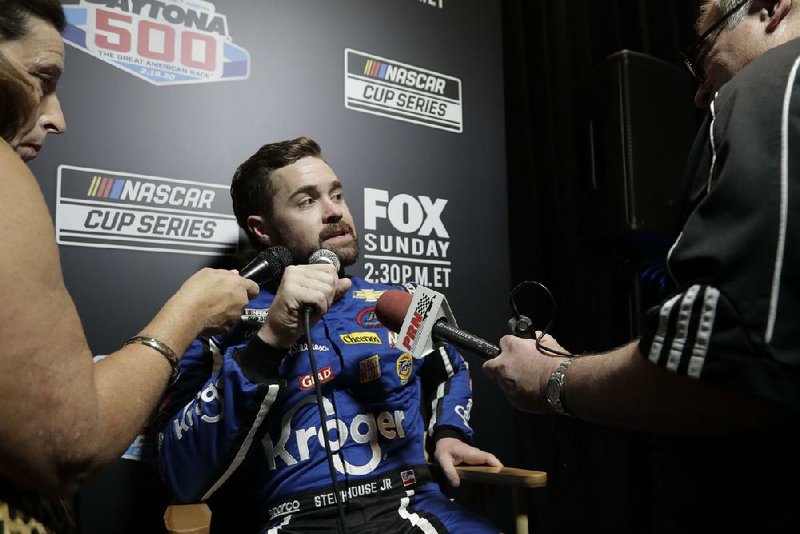 DAYTONA BEACH, Fla. -- The Daytona 500 is scheduled for Valentine's Day in 2021, a week earlier than usual and putting NASCAR's version of the Super Bowl seven days after the actual Super Bowl.

The revised date could cause changes to Speedweeks, the opening stretch of stock car racing at Daytona International Speedway that includes run-up events like Daytona 500 pole qualifying, the exhibition Busch Clash and the ARCA Series opener.

It could ultimately lead to "Speedweek," singular. Cramming everything into one week seems like the obvious outcome, which would eliminate two "dark days" at the track between pole qualifying and Daytona 500 practice and help shorten a long, tiring regular season that drivers and crews have been complaining about for years.

But the allure of spending two weeks in Florida, where drivers often can be spotted at Disney World and other various tourist spots, still has an appeal for some.

"I'd miss it," driver Austin Dillon said Wednesday during Daytona 500 media day. "I like being down here for this long. I enjoy this week. I think it's a great start to our season."

NASCAR also could simply run its Daytona 500 lead-in events a day earlier to avoid having anything on Super Bowl Sunday. Of course, that would still leave NASCAR vying for attention in the shadow of the dominant NFL finale.

"I don't think anybody should do that," said Stewart-Haas Racing driver Clint Bowyer, a huge Kansas City Chiefs fan. "It'd be like somebody trying to go on top of the Daytona 500. We're all in this business together. It's the entertainment business. There's a footprint for all of them. ...

The Super Bowl is set for Feb. 7, 2021. NASCAR and Daytona International Speedway announced earlier this week that the 500 will be the following Sunday, but the rest of next year's Speedweeks calendar has yet to be finalized.

Pole qualifying, the Clash and the ARCA race typically run the weekend before the 500. NASCAR has been hesitant to go head-to-head against the Super Bowl, even moving the Daytona 500 back a week in 2012 to avoid any potential conflict in case the league lengthened its regular season.

NASCAR switched the opener back to President's Day weekend before the 2018 season, but still hasn't returned Speedweeks to its original form that included the Rolex 24 at Daytona, pole qualifying/Clash and the Daytona 500 on back-to-back-to-back weekends. They're spread out a bit more now, but still integral to Speedweeks.

There are also sprint cars, late models and modifieds racing at nearby short tracks like New Smyrna and Volusia speedways, all in the general vicinity of Daytona Beach, the birthplace of NASCAR.

Tweaking Speedweeks would be the first hint of an anticipated overhaul to NASCAR's 2021 schedule. The sanctioning body has said it won't shy away from trying new venues while heeding calls from fans and drivers to visit more short tracks and dirt tracks.

NASCAR purchased sister company International Speedway Corp. last year to create one private company that gives the series the flexibility to alter race dates, venture to different tracks (new and old) or even shake things up like adding this year's doubleheader at Pocono in Pennsylvania.

"Based upon all the conversations that I've had with everybody from NASCAR, they're going to be aggressive and actively looking at things that are outside the box and different from what we've done in the past," 2014 Cup Series champion Kevin Harvick said. "It's kind of like ending at Daytona with the regular season. The story's already built and we need more of those types of situations.

"Even if only go there for one year, who cares? It was a great story, right? If the race is no good, what difference does it make? Everybody wants to have a great game. Well, guess what, sometimes you get a Super Bowl like we had this year and sometimes you get a rout. But the anticipation and hype up to that point, we need a lot of those on the schedule." 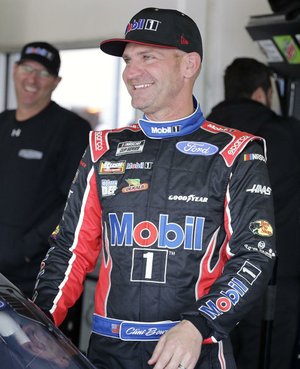 Clint Bowyer said NASCAR should not attempt to hold next season’s Daytona 500 events alongside the Super Bowl in a revised schedule. “The Super Bowl is an event,” he said. “The Daytona 500 can’t be just a race. It’s got to be an event.” (AP/Terry Renna)