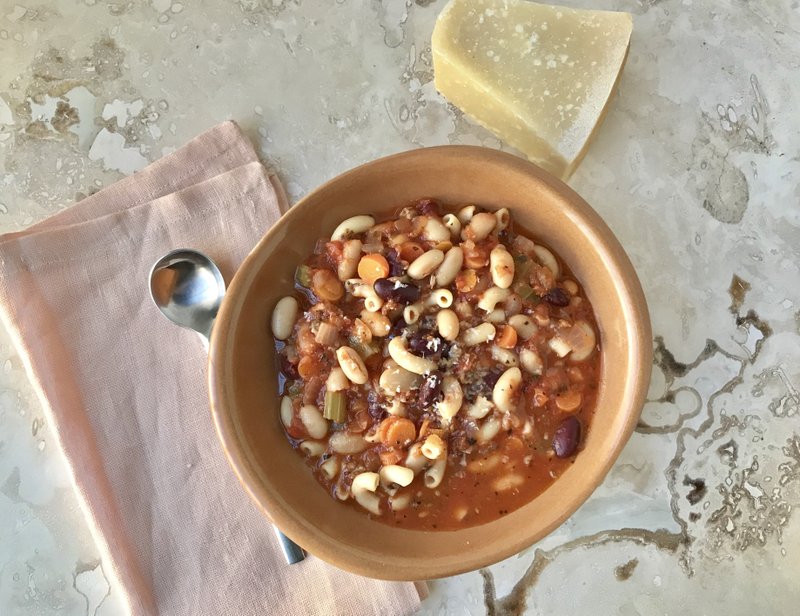 We all know we should keep a variety of nonperishable foods and plenty of water on hand in the event of an emergency. Exactly how much food and water depends on whom you ask, where you live and what type of emergency.

Most experts recommend enough food and water for 72 hours, or about three days, as a bare minimum. Some say a month or more.

In the 1990s, my friends in Argentina kept several months' worth of food in their pantry to ease the financial burden of Argentina's unpredictable economy and hyperinflation.

But if that food gets so old it is unpalatable, a stockpile of provisions won't do you much good.

I recently took everything out of my pantry, checked all the dates, and put almost everything back in, organized and sorted so the oldest items are front and center.

As I took inventory of all the items laid out on my dining room table and every other flat surface in the room, I saw there was enough there for husband Joe and me to survive for at least a couple of weeks, if not longer, assuming we had access to clean water. (Our water supply was slim — just one gallon of spring water and two liters of sparkling water.)

As I sorted through the items, I found more opened, half-full and quarter-full boxes of pasta than I care to admit, some dried figs that expired in 2016 and half a dozen or so canned goods that were past their best-by dates.

As I've mentioned before, for the most part, most use-by, sell-by and best-by dates are rather arbitrary (the terms are unregulated and are not indicators of safety), but they are a good way to help you keep track of how long something has been hanging around your pantry. Five-year-old dried fig, anyone?

Those "expired" canned goods were still perfectly good, by the way. But to make sure they didn't end up spending yet another year in my pantry, I planned the next several days' meals around them. One of those meals was an excellent spicy turkey and rice casserole, which I'll share the recipe for next week. But first, I needed to tackle one of those opened boxes of pasta.

1 cup (more or less) small pasta such as elbow macaroni, ditalini or orecchiette

Bring a large pot of water to a boil. Add about ½ teaspoon salt and then the pasta. Boil pasta until just short of al dente, 2 to 3 minutes less than the time indicated on the package. Drain and set aside.

Meanwhile, in a soup pot or Dutch oven, brown the sausage, breaking it into crumbles. When the sausage has rendered most of its fat, stir in the garlic and cook for 30 seconds, then add the onion, carrots and celery. Season with salt, pepper, basil and oregano. Cook, stirring occasionally, until vegetables are tender. Add the pureed tomatoes and bring to a boil; reduce heat and simmer 20 to 30 minutes, stirring occasionally. Stir in the beans, pasta and enough of the chicken broth to create desired texture. Cook until heated through. Season with crushed red pepper, if desired. Serve topped with freshly grated parmesan and more crushed red pepper, if desired.