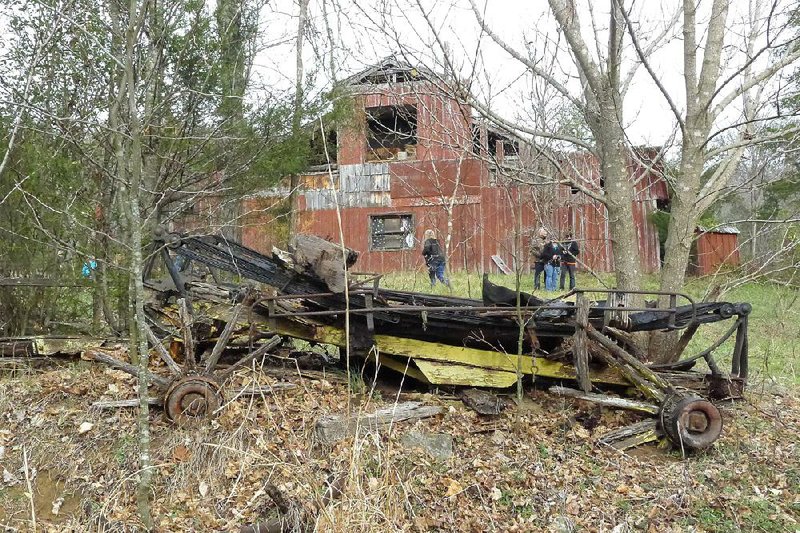 The remains of a carriage can be seen on the property of the Dogpatch USA theme park in Newton County in this 2016 file photo. - Photo by Bill Bowden

The abandoned Dogpatch theme park will be sold at auction at 9:30 a.m. on March 3, according to a legal notice published Wednesday in the Newton County Times.

The auction will be held at the east door of the courthouse in Jasper.

A “Notice of Commissioner’s Sale” was filed Jan. 23 in Newton County Circuit Court, two days after Circuit Judge Gordon Webb signed a decree of foreclosure on the property.

If that didn’t happen, the property was to be advertised for sale at auction for 10 days in a newspaper published and circulated in Newton County, according to the decree.

Stewart Nance of Eureka Springs, his son John Pruett Nance of Rogers and their attorney Gregory Brent Baber of Little Rock hold the mortgage on the property.

Stewart Nance said he will start the bidding at $1 million for the property.

Constructed in 1967 for $1.33 million (about $10 million in today’s dollars), Dogpatch originally featured a trout farm, buggy and horseback rides, an apiary, Ozark arts and crafts, gift shops and entertainment by characters from Al Capp’s “Li’l Abner” comic strip, according to the Central Arkansas Library System’s Encyclopedia of Arkansas. Amusement rides were added later.