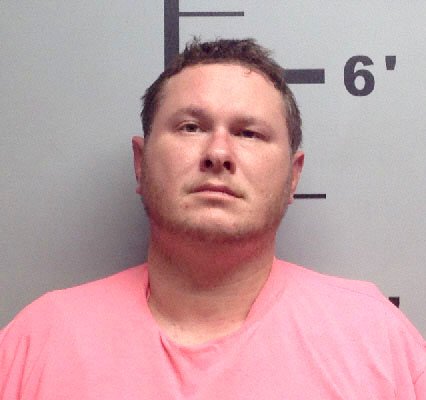 BENTONVILLE -- A Siloam Springs man was sentenced to seven years in prison after pleading guilty to driving while intoxicated in a crash which resulted in his stepson's death.

Michael Guest, 39, pleaded guilty Monday to manslaughter, endangering the welfare of a minor and driving while intoxicated. The plea was under an agreement Mark Lucas, Guest's attorney, reached with Bryan Sexton, deputy prosecutor.

The Siloam Springs police and fire departments responded to a traffic accident at U.S. 412 and East Main Street around 10 p.m. on Jan. 3, 2019 according to court documents. The emergency responders found an overturned and submerged pickup in a pond and fountain area, according to a probable cause affidavit.

Members of the fire and police departments entered the water, turned the pickup on its side and removed the boy, according to court documents.

Tyler Levi Hammett, 11, was taken to Siloam Springs Regional Hospital and later to St. Francis Hospital in Tulsa, Okla., where he died, according to the affidavit.

Police say an investigation of the crash shows the vehicle didn't attempt to slow down before crashing into the pond's cinder blocks, according to the affidavit.

Police also did a portable breath test on Guest three hours after the collision, and it showed his blood alcohol content was 0.06, according to the affidavit.

Guest was sentenced to seven years in the Arkansas Department of Correction. He must abide by a suspended sentence agreement for 12 years after his release from prison.