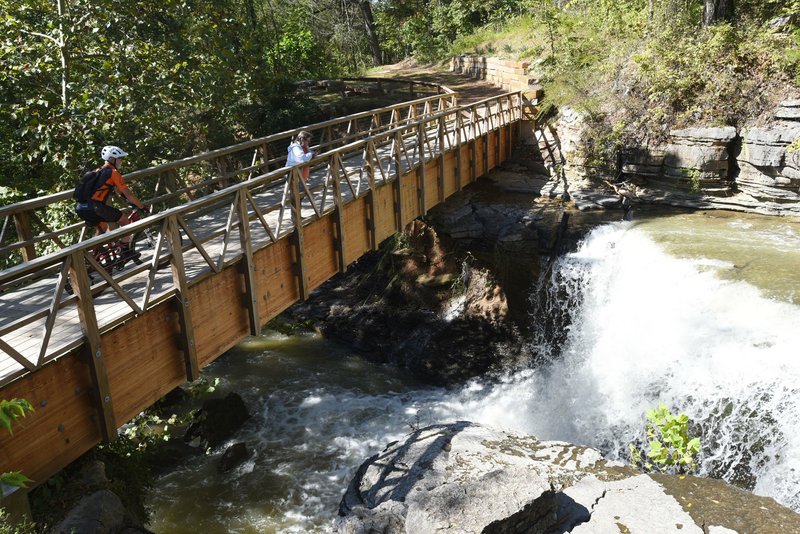 In this 2019 file photo, a biker and hiker admire a waterfall near Lake Ann in Bella Vista along a section of the Back 40 trail system. - Photo by Flip Putthoff

BELLA VISTA -- The central soft surface trails, tentatively named Little Sugar Creek for the prominent waterway along which they flow and occasionally cross, are nearing completion.

Estimates place the completion around mid-March, he said, but the speed is dictated largely by the weather.

Last year's storms were a huge setback, and the trails likely would have wrapped up in December without them, he said.

Two bridges, one across Tanyard Creek and one near Lake Windsor, have been completed and footings have been poured for a bridge across Little Sugar Creek, Tapp said.

Trailbuilders have also requested a parking area near the tunnel under Chelsea Road, he said, because that spot provides access to an easy-rated trail without forcing less experienced or able riders and walkers to take a tougher medium-rated trail to get to the easier sections.