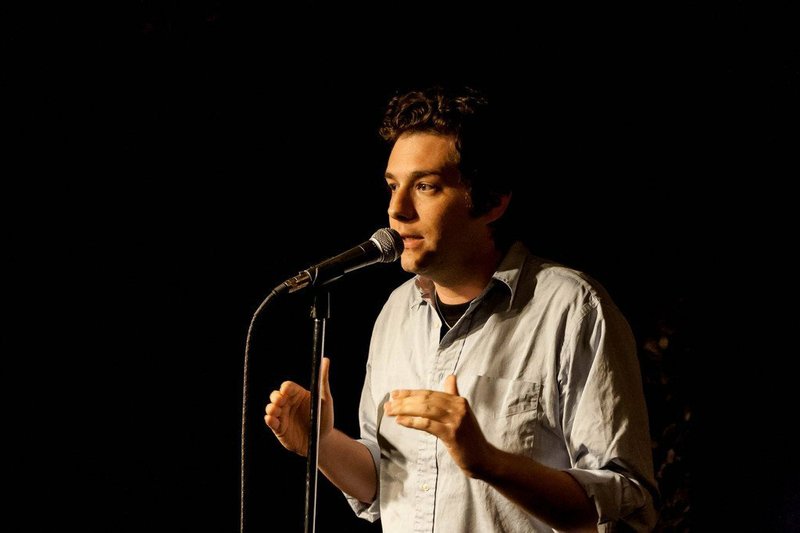 Storyteller Sam Dingman is the host and creator of the podcast Family Ghosts. (Special to the Democrat-Gazette)

Sam Dingman loves to tell stories, probably as much as he loves hearing them. He has spent the better part of his young life telling tales, helping people tell theirs or taking in stories that fascinate him. Dingman has been known to put himself into situations where stories are easy to come by.

A 2004 graduate of Pennsylvania's Swarthmore College, where he dabbled in stand-up comedy, Dingman worked briefly as a bellman at a Manhattan hotel and as a taxi driver before landing in the tech world after realizing that a career in comedy was not a consistent way to make a living.

He worked for music streamer LimeWire and then Google before joining New York radio station WNYC as a producer and host. From there he ended up with Panapoly, the now-defunct podcasting platform.

Somewhere in the midst of all that, Dingman found time to become a part of storytelling nonprofit The Moth, becoming a Moth Grand Slam champion, and to contribute to other storytelling groups in New York.

At Panoply, Dingman developed Family Ghosts, a podcast that uses the tagline "Every House Is Haunted." The podcast's landing page, familyghostspodcast.com, describes it best: "Family Ghosts is a documentary-style storytelling podcast. In each episode, we'll investigate the true story behind a mysterious figure whose legend has followed a family for generations. Grandmothers who were secretly jewel smugglers, uncles who led double lives, siblings who vanished without a trace, and other specters who cast shadows over our lives in ways that might not be immediately obvious. We are all formed in part by our familial collections of secrets, intrigues, and myths. By engaging with each others' legends, perhaps we can see each others' realities more clearly." 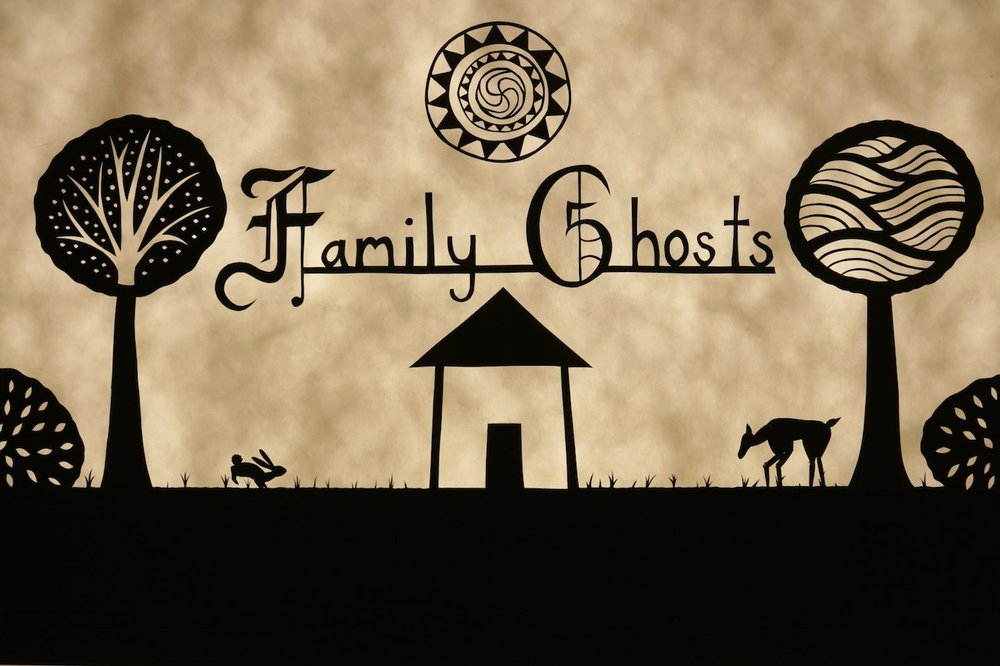 Season 3 opened with a three-part episode titled "The Clotilda Legacy," which tells the story of two families in the Africatown community in Mobile, Ala., still feeling the pain of slavery in a very real way. Episode 4, "A Boy In A Story" introduces David and the three furry family members who shaped his life forever. Episode 5 is about Kierran, who grew up hearing stories about her grandfather's wild adventures without ever getting to the truth. Family Ghosts helps her figure it out — mostly.

With new episodes publishing every Tuesday, Dingman is now nine episodes into Season 3, which he says will be packed with 16 episodes. To put that in perspective, the first season of Ghosts had seven episodes and the second had 10. Sixteen episodes is a ton of work, even with "an incredible team of producers."

"I think in order to get enough sleep and not have a complete psychological break, I'm gonna probably have to rein that in a little bit," Dingman says.

Truth is, though, if a good story comes along, Dingman will probably put another episode together. He can't seem to help himself when it comes to storytelling.

"I have always been the most fascinated by fiction stories that originate from family, and I remember seeing at, you know, formative times in my life when I was like a teenager, maybe a little bit older than that, seeing movies like Magnolia was a big influence. Rachel Getting Married was another one," Dingman says when asked how the storytelling bug had bitten him.

It's not surprising that Dingman studied theater in college. "I was really interested in traditional American realism plays, these kinds of grand examinations of patriarchs and matriarchs and the effect they have on their kids and that sort of thing," Dingman says.

An acting teacher named Lee Devin gave Dingman a line he continues to use when asked about his podcast. "All of the great drama begins in the family."

"Like, I don't care if we're talking about Clifford Odets or Eugene O'Neill or the Greeks. It's all about the family. He was the first acting teacher I ever had who encouraged me to think about acting not as ... trying to find an interesting physicality and a voice and enjoy the performance of that thing that is different [from] me, but actually to try to look within and examine my own experiences and see what that might prompt from a performance standpoint. That was really transformational for me," he says.

After college, Dingman formed a comedy troupe in New York with some other 20-something guys and focused on sketch comedy. While brainstorming, one of the guys said he has often thought about going back in time to punch his 15-year-old self in the face. The sketch came to life and was a hit.

"We found not only did those sketches really connect with the audience, which of course feels great, but for us, it all of a sudden felt like it was just comedy. It felt like we were really using comedy to express something that was for us much more transformational. Like, we felt different having written those sketches than we did before we started them," Dingman says.

The boys had stumbled upon the ultimate inspiration, the kind that comes from within. It felt therapeutic. When the comedy troupe split up, Dingman didn't want to stop telling stories. After all, he'd finally learned where the best ones come from.

Kind of simultaneously, Dingman says, he started going to see a therapist. "And I think that was kind of the last piece because, in therapy, you know, I would realize that there were these stories that I had heard in my family, both of which ended up in the first season of the show. One was about my mom and this woman that her father was briefly married to who turned out to be part of an international smuggling ring. And the other was on my dad's side about this uncle who until I was in my 20s I had never heard about, and it turned out he had taken his life when he was very young and that my dad had been there when it happened. It really turned my whole life around to hear that these stories were in my family and to realize that there was all this depth to my parents' experience that I wasn't aware of."

The next career stop then had to be radio, which Dingman says is his favorite medium. "It's so portable, it goes with you wherever you are, and it does not prevent your abilities from being in the world while you are also experience something that is transforming your perception of the world," he says.

The stars aligned, he says, when he was working at Panoply Media. "There was an opportunity to pitch my own show and so I went for it. And here we are three seasons later. It's really good. It's just natural. It's just like everybody has a gold mine of stories right up in their head."

As Episode 7 of the third season opens, Dingman explains that better. "Family Ghosts was created based on this feeling that I had, that there were stories in my own family that I couldn't make sense of. Stories told and retold after dinner at holidays after everyone had drunk a little red wine. Stories about things like jewel thieves and long lost uncles that I couldn't get out of my head. After everyone left the table and went to bed I would sit by myself ruminating on what I'd heard, wondering how these stories could possibly be true, and, if they were, if the truth behind them might help me make sense of things about my life that I couldn't fit together. So the idea for this show, originally, was that in every episode, we'd hear a story like that from someone's family and then try to figure out the truth behind the legend."

Then Dingman realized there is more than one type of ghost.

"I've been realizing that our show is also an opportunity to do something slightly different because sometimes people aren't haunted by stories but instead by the absence of a story. They live in a reality that seems like it must have some sort of story behind it, but the only people who know that story are gone. Or they're still around but they aren't willing to talk. More and more on the show, I find that we're making episodes about people trying to weave their own story from whatever stray threads of their history they have access to."

Episode 7 is a bit different from the others. Dingman recorded it at Family Ghosts Live, a storytelling get-togethers he has hosted in New York; Washington; Austin and Dallas. Dingman says he'd like to do more in the future, possibly branching out farther in the country.

Who knows, maybe Family Ghosts Live will end up in Arkansas one day. Because every house here is haunted too.

Family Ghosts is available wherever you get your podcasts. Learn more, or listen to episodes on your computer via familyghostspodcast.com.