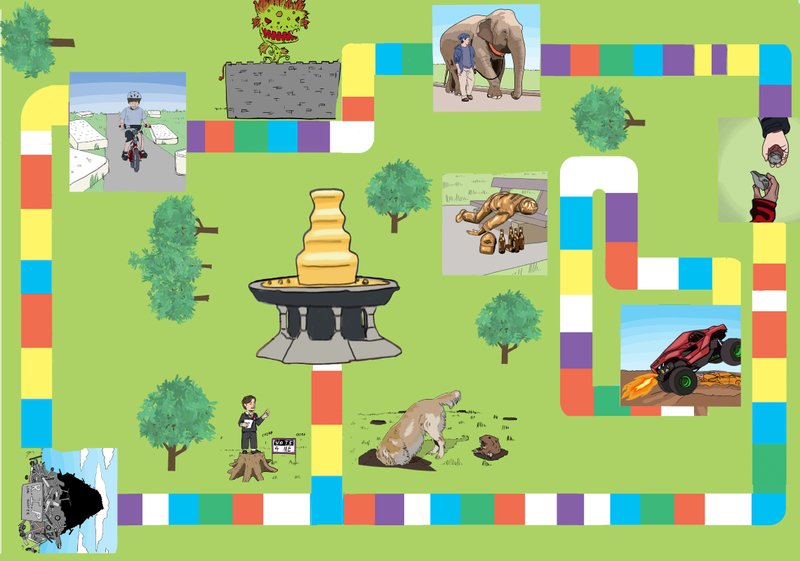 Remember when the golf courses at War Memorial Park and Hindman Park were shut down last summer by Little Rock city leaders?

Now, everybody's wondering what will happen to these spaces that were once the stamping grounds of people wielding sticks hitting little white balls.

In 2019, Little Rock began searching for options for these parks and established a task force, which sounds like a fun job.

Among the task force recommendations for War Memorial Park are a bike park, small ballfields, pavilions and picnic areas, a dog park, a playground and an open-lawn stage, according to reporting Jan. 8 by the Arkansas Democrat-Gazette's Rachel Herzog.

The group also envisions an amphitheater and the re-purposing of the former golf clubhouse into a restaurant and of the old golf cart center into a beer garden.

For Hindman Park a bike track and park, a skate park, a dog park, a playground, boardwalks and a nature center that allows visitors to traverse and learn about the area's wetlands.

Perusing these early recommendations, we are reminded of a quote from Villanelle, the glamorous, Russian-born, completely unhinged assassin from the TV series Killing Eve:

So we formed our own task force — complete with a secret handshake and special uniforms — and came up with a few alternatives for both parks.

Elephant Walking Trail: War Memorial is next to the Little Rock Zoo. Visitors can take an elephant from the zoo to walk on a designated trail around the park. Giant shovels for elephant cleanup will be provided and the official city compost heap will be nearby.

Cheese Dip Fountain: This tribute to Arkansas' gooey, yellow delicacy is a nod to the state's culinary contributions. Space should also be made for tortilla chip vendors.

A Tribute to the Drunken Tailgater: A statue to honor the decades of raucous parties held in the park before Razorbacks games at War Memorial Stadium and to serve as a testament to those whose spirited pregame imbibing prevented them from seeing the game at all.

Gopher Park for Dogs: This special area will be inhabited by gophers. Visitors can bring their dogs and let them dig for the burrowing critters instead of digging up their own yard.

Lime Scooter Graveyard: A repository for scooters that have been thrashed to death.

Speech Stump: A sawed-off stump would be free to use by fringe political candidates for their stump speeches.

Baby's First Bike Path: This gentle, sloping path would be the ideal area to teach young 'uns how to ride a bicycle. Safety features would include mattresses lined up alongside the path. Also, volunteers would be present to run behind the child, yelling encouragement.

Invasive Plant Prison: Surrounded by concrete walls and barbed wire, this public-education space will be devoted to locking down the bad seeds of the plant world -- Chinese privet, Bradford pear, Nandina, bamboo and the creeping, loathsome kudzu!!!! Visitors can learn recognize the plants so they won't plant them any more.

Have some more cool park-upgrade ideas? Feel free to send your recommendations to

Print Headline: Perk up those Little Rock parks: Amphitheaters and restaurants are fine, but how about a cheese dip fountain?