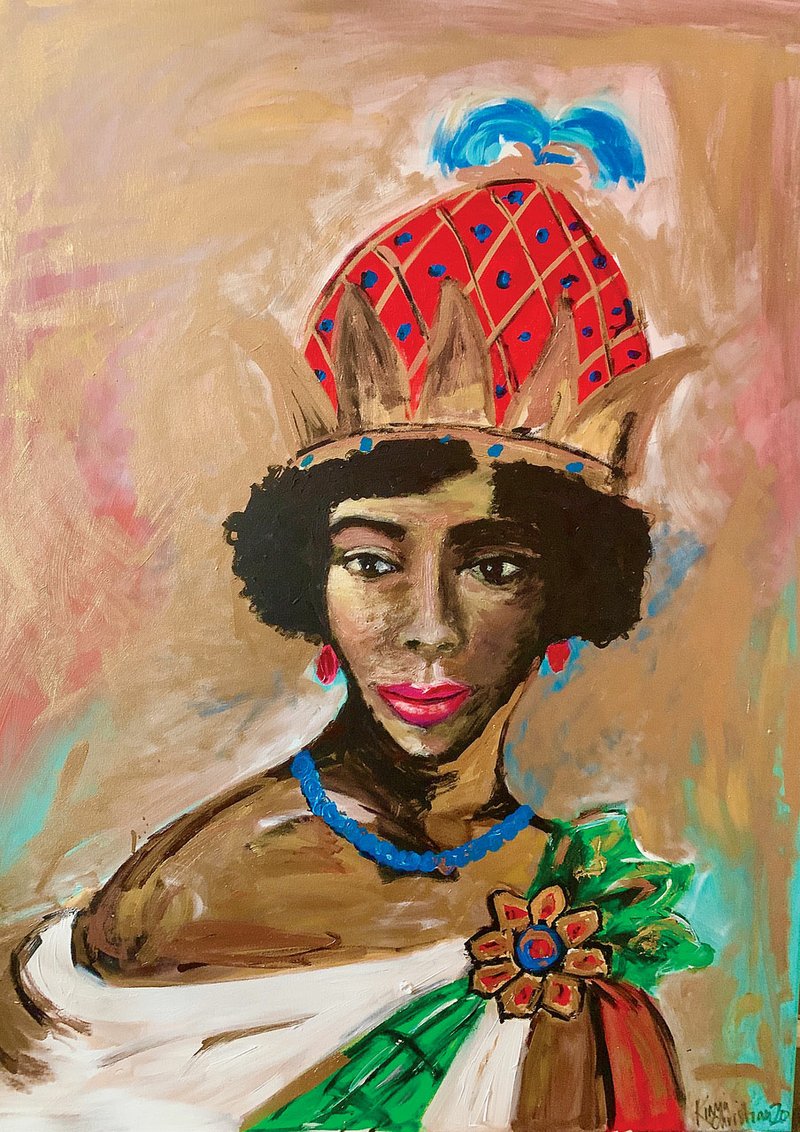 "I also believe in creating, experiencing and viewing art as a therapy in dealing with stress and anxiety, as well as an aid in healing traumas," says artist Kinya Christian. (Courtesy Image/Kinya Christian)

The first words on The 1619 Project website are profound:

"1619 is not a year that most Americans know as a notable date in our country's history. Those who do are at most a tiny fraction of those who can tell you that 1776 is the year of our nation's birth. What if, however, we were to tell you that the moment that the country's defining contradictions first came into the world was in late August of 1619? That was when a ship arrived at Point Comfort in the British colony of Virginia, bearing a cargo of 20 to 30 enslaved Africans."

The 1619 Project is described as "an ongoing initiative from The New York Times Magazine that began in August 2019, the 400th anniversary of the beginning of American slavery. It aims to reframe the country's history by placing the consequences of slavery and the contributions of black Americans at the very center of our national narrative."

One woman in Northwest Arkansas is trying to do the same thing on a much smaller scale as her contribution to Black History Month. Kinya Christian has put together an exhibit "born out of a need to see local emerging artists of color have a place to show their works and [out of] my exposure to The 1619 Project."

"My goal for this exhibit -- titled 'Reflections of The Black Experience' -- is for people to be enlightened through education and inspired by the artwork," says Christian, who is an artist and a partner in 4209 Creative. "Do I believe such an endeavor will solve the disparities experienced in our society? Realistically, no; however, I do believe that a person has within his or her power to change if the desire is there. Knowledge has the power to eliminate fear. Art is a therapy that could aid in healing the trauma of racism." 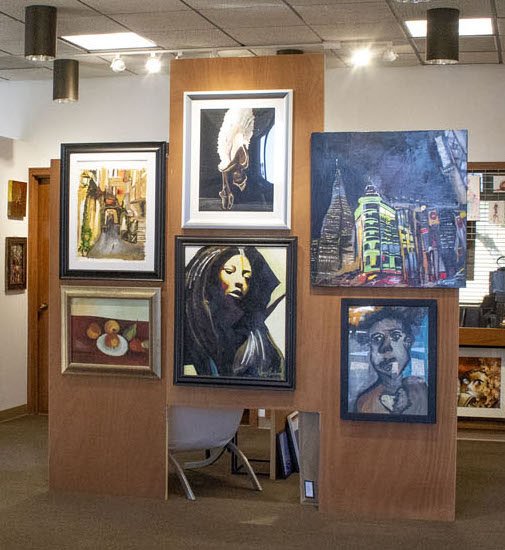 "I avoid using the term African-American as a blanket term for black people," she explains. "Some black people prefer to be referred to more specifically, as Jamaican-Americans or West Indians. The term African-American could apply to a white person who was born and raised in Africa and then migrated to the U.S. It may be important to distinguish between groups of African-Americans who are descended from African slaves, and those who are recent, voluntary immigrants to the U.S. And as referred to in The 1619 Project, even the freed men who spoke with Abraham Lincoln in 1865 said of themselves: 'This is our home... Beneath its sod lie the bones of our fathers... Here we were born, and here we will die.' So, I consider myself a Black American."

Christian grew up in Independence, Mo. -- a suburb of Kansas City just a few minutes from the baseball and football stadiums -- and was a "band geek," active in glee club and on the yearbook staff. When she married a man from Springdale in 1999, "the culture shock and living outside of my comfort zone of family and friends changed me. I needed a way to express myself without losing my identity here." She started 4209 Creative in her home and for many years had her studio there.

"I am often inspired by my own blackness and femininity," she muses. "In the pieces I have of women, they're all black, and I hope I was able to show black women aren't the stereotypes placed on us. We can be soft, vulnerable, we are beautiful and strong -- we can do whatever we set our mind to and be successful despite the racist tropes."

‘Reflections of The Black Experience’

Artists also participating in the exhibit include:

Leona Hunter-Wade, Bentonville — “I seek to touch feelings and conscience from the visitor through my work. It depicts scenes of culture and everyday life and contributions to the building of America. As a transplant from Detroit, as an artist, I found my footing here in Northwest Arkansas.”

Nick Palmer, Conway — “Many aspects of black people are ridiculed in public, secretly admired in private while poor attempts at duplication have been made so that we disown them, and the masses can enjoy them without guilt or association. Once the veil of innocence was lifted from my face and I was exposed to the world around me for what it truly was, I took it upon myself to be another voice for those that came before me.”

Brian Elenbarger, Springdale — “The three-dimensional materials that make up my work are salvaged, repurposed or otherwise used in some fashion. These materials hold memories. My inspiration comes from a variety of sources: words, emotions, nature, architecture and people. The opportunity to learn from others and share what I had learned motivated me to participate in this exhibit.”