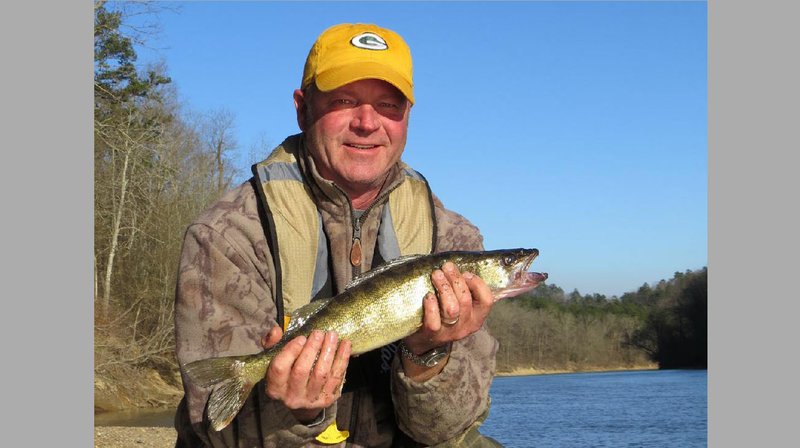 Spring is fishing time in Arkansas.

So many exciting and tasty game fish species inhabit our rivers, lakes, ponds and streams, and the best time to catch them begins now. If you know seasonal spawning patterns on your favorite waters, you can target one species or multiple species from mid February to July.

The sidewaters and backwaters of the White River are some of the most storied fisheries in the state. Bass fishing will start getting hot in March, but that's also a good time to catch crappie. Bream and catfish will follow in April. They inhabit more than 100 sloughs, cutoffs and oxbows. Green Lake and East Lake in the White River National Wildlife Refuge's North Unit are good starting points. Maddox Bay is a good place to start in the South Unit.

These waters are fairly shallow and are ringed by cypress and tupelo trees. There are also a wealth of brush tops near the bank and in deep water. Big logs and downed trees in the water are crappie gold during the spawn.

Spider-rigging is increasingly popular in Arkansas, and shallow oxbows are excellent places to employ this multi-rod technique. It involves slowly trolling at least three rods with baits set to different depths. You can cover a lot of water quickly and determine what cover and at what depth crappie are holding.

This part of the state doesn't have big reservoirs, but it has some small lakes that offer excellent fishing for bass, bream and crappie.

All are known for excellent bass fishing. Lake Dunn even produced a presumptive state-record largemouth several years ago that was disqualified when the angler who caught it was discovered not to have had a fishing license. They also support large numbers of crappie and bream that are lightly pressured compared to bass.

To catch spawning crappie, fish visible shoreline cover, or look for submerged wood and brush on an electronic graph and fish it with live minnows under bobbers.

When bluegills begin spawning in the spring, you can catch them on visible shoreline cover with live crickets and nightcrawlers. For a fun change of pace, try a 3-weight fly rod with an olive or black woolly bugger. A palm-size bluegill will give you a fight to remember on such a light rig.

Beaver Lake, the first of the large White River reservoirs, is our premier fishing destination in the northwest corridor. It has so much to offer in the spring that it's almost like a state fair for fishing.

Beaver Lake hosts a prodigious white bass run, and you can catch them for the next three months with just about anything you want to throw. Start now at the mouths of the major creek arms and follow their spawning runs upstream.

Beaver Lake is underrated for panfish, but I have seen vast amounts of bream shellcracker spawning beds in Indian Creek near Beaver Dam.

Beaver Lake also supports excellent striped bass and hybrid striped bass fisheries. In late March and early April, they move up the major tributaries to spawn, and you can catch monster stripers in knee-deep water with live or artificial bait.

Later, when they move back down to the lake, you can catch them in the mornings on big topwater plugs by trolling live shad under balloons or by bouncing white bucktail jigs on the bottoms of rocky points.

Slip over to the other side of Beaver Dam for trout. A small section of the Beaver Tailwater supports trout before it widens into Table Rock Lake, and while most anglers concentrate on the stocker size rainbows at Dam Site Park, you can also catch big brown trout.

Beaver Dam to the Missouri state line is an excellent place to catch big walleyes from February to April. Try deep-diving crankbaits or troll stickbaits in rainbow trout color upstream. Just below and above shoals are fantastic places to catch walleyes.

Farther down the White River is Bull Shoals Lake, one of the nation's best fishing lakes.

Thanks to successive years of high water during the spawning season, bass fishing at Bull Shoals is the best it has been in decades. A controversial stocking program by the Missouri Department of Conservation has turned it into a trophy striper hotspot. It has long been a hotspot for hybrid stripers and white bass.

Of course, Lake Norfork has been famous for stripers for decades.

Both are phenomenal walleye lakes, with 7-plus pounders being common. Find them now in major tributaries. They'll go as far as high water allows.

Stripers, hybrids and white bass generally follow the walleyes, and they are generally a week or two behind in their travels.

Crappie move to the banks to spawn in late March and early April, when you can catch them near bankside cover. Afterwards, they retreat to deep brushpiles. The most dependable way to catch them is by counting down light jig/tube combinations to the top of a brushpile and reeling it slowly across the top.

No trip to north Arkansas is complete without fishing for trout in the Bull Shoals and Norfork tailwaters. These are America's most storied trophy trout fisheries, and they boast giant brown and rainbow trout, as well as good numbers of cutthroat trout and even some brook trout.

Water levels in the White and North Fork rivers are high due to heavy hydropower generation, but you can catch giant browns with jerkbaits in eddies against the banks.

Near Little Rock, the next four months are fine times to catch white bass, bream, sauger and even stripers in the Arkansas River.

Kentucky bass will start biting spinnerbaits off grass beds and lily pads in March. Largemouths will get active as well. 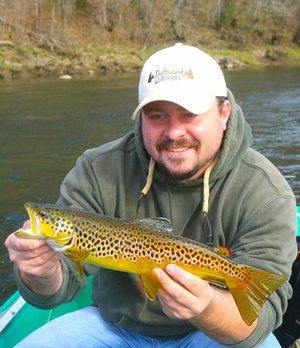 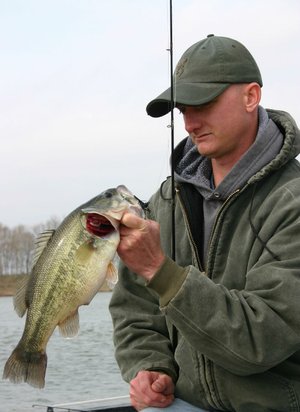 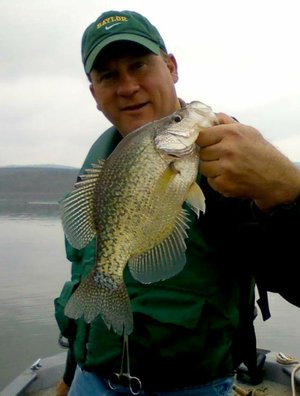