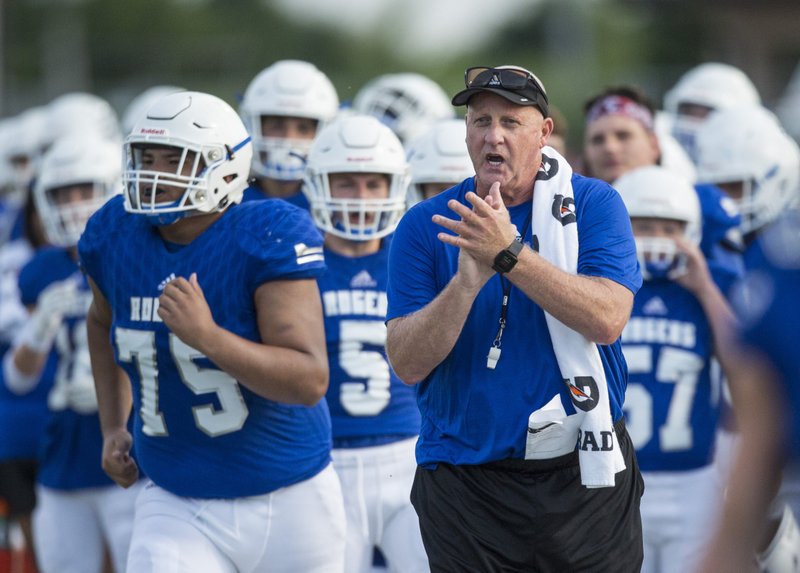 The search is on for a new head football coach at Rogers after Mike Loyd made his retirement official.

Loyd made no secret that he planned to make this season his last. He worked in parts of five decades and 34 years as a head coach at the high school and collegiate levels.

Loyd, who played quarterback in the NFL, CFL and USFL, spent five seasons guiding the Mounties, who lost to Cabot in the first round of the Class 7A playoffs this season. Rogers finished 6-3.

He also led Northeastern Oklahoma A&M to an NJCAA national title in 1991.

Getting the chance to deal with young people for 40 years has been a blessing, Loyd said.

“It’s about relationships at the end of the day,” Loyd said. “It’s not win at all cost. The best part of my day has been going to practice and coaching kids.” His final season during a worldwide pandemic was not what he expected. “I’ve never seen anything like it,” Loyd said. “I think the kids handled it unbelievably well. It was week to week, day to day. And these are high school kids.”

Keith Kilgore, athletic director for Rogers Public Schools, said the job has been posted but there’s no specific timetable for hiring a replacement. “We have some good in-house candidates, I believe, but we can take our time and look for the best fit,” Kilgore said.