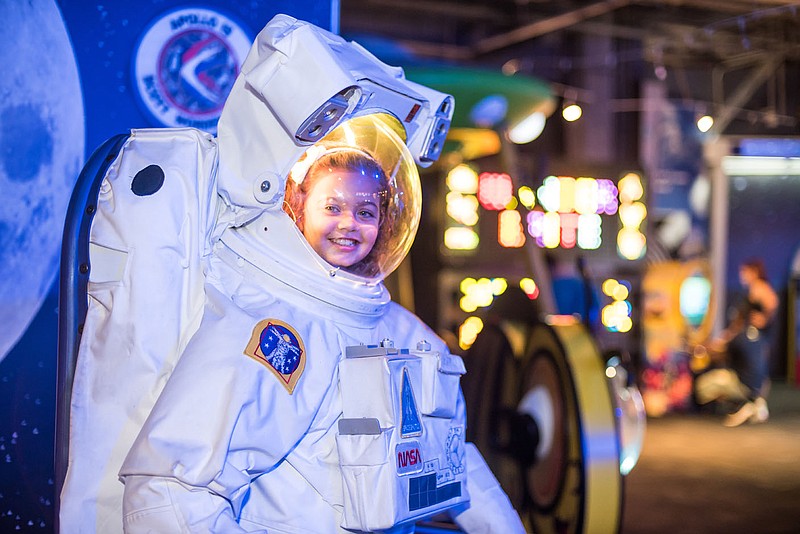 Guests can suit up for the perfect photo-op in the Space Discovery Zone at WonderWorks in Branson. Also including the Mercury capsule and the human gyroscope, this section of the new history and science museum/indoor amusement park will give visitors a virtual astronaut training experience. (Courtesy Photo/WonderWorks)

In the middle of March, Brenda Dent was as excited as anyone expecting the arrival of a baby -- except that her baby was a new history and science museum/indoor amusement park. Located on the Branson "strip" at 2835 W. 76 Country Blvd., WonderWorks was scheduled to open as the resort community rolled out its spring offerings.

And then came the onslaught of the coronavirus. And WonderWorks didn't actually get to open until June 5.

The good news, says Dent, who is general manager of the Branson WonderWorks, is that the public response has been "fantastic."

"We have felt a great deal of gratitude for bringing something new to Branson," she says.

Dent has been around Branson since 1981, and she's delighted about the flavor of the Ozarks that the sixth WonderWorks location wrote into its galleries.

• An exploration of the history of Branson. "Since outdoor activities are revered, this exhibit space brings the outdoors inside and includes interactive exhibits on a favorite local pastime -- fishing!"

• A military section that honors those who protect and serve the United States. "This space highlights STEM-related job opportunities in the military and showcases some of the technology," Dent says. This section also includes interactive exhibits, military artifacts and a theater showing of a short film titled "American Pride," which Dent says always brings her to tears.

• The Mother Road. Because Springfield, Mo., was the birthplace of Route 66, WonderWorks offers a look at the historic route with a "Route 66 exhibit on each of the three floors, including a memory board where guests can share their own Route 66 experience," Dent says.

And while all WonderWorks locations feature an illusion art galley, the Branson location devotes space to local artists as well as featuring the OZART Gallery showcasing the work of young artists from local schools.

Dent also speaks proudly of the WonderWorks outreach to schools. The OZART art contest has been such a success that the museum will be collecting submissions from students throughout the fall semester. With the theme "Time to Think," youngsters can begin submitting their work the day after Labor Day.

WonderWorks Branson is also launching Homeschool Days every weekday September through November with reduced price tickets for homeschool families looking for "an exciting way to add some hands-on learning to their new distanced learning."

"We will also be offering virtual learning labs," says Dent, "with topics ranging from the principles of pressure, the states of matter, weather, the water cycle, adaptation, and more. This is our way of adjusting to meet the needs of our local students and families during this unprecedented time.

Of course, it's not all about learning at WonderWorks. The fun begins with the outside of the building, which appears to be upside down.

"You will see Professor Wonder's lab turned upside down on top of a fishing lodge in the Ozark Mountains, then come in and see the lobby and everything upside down," Dent enthuses. "Visitors to the area and residents alike are going to love all that WonderWorks has to offer." 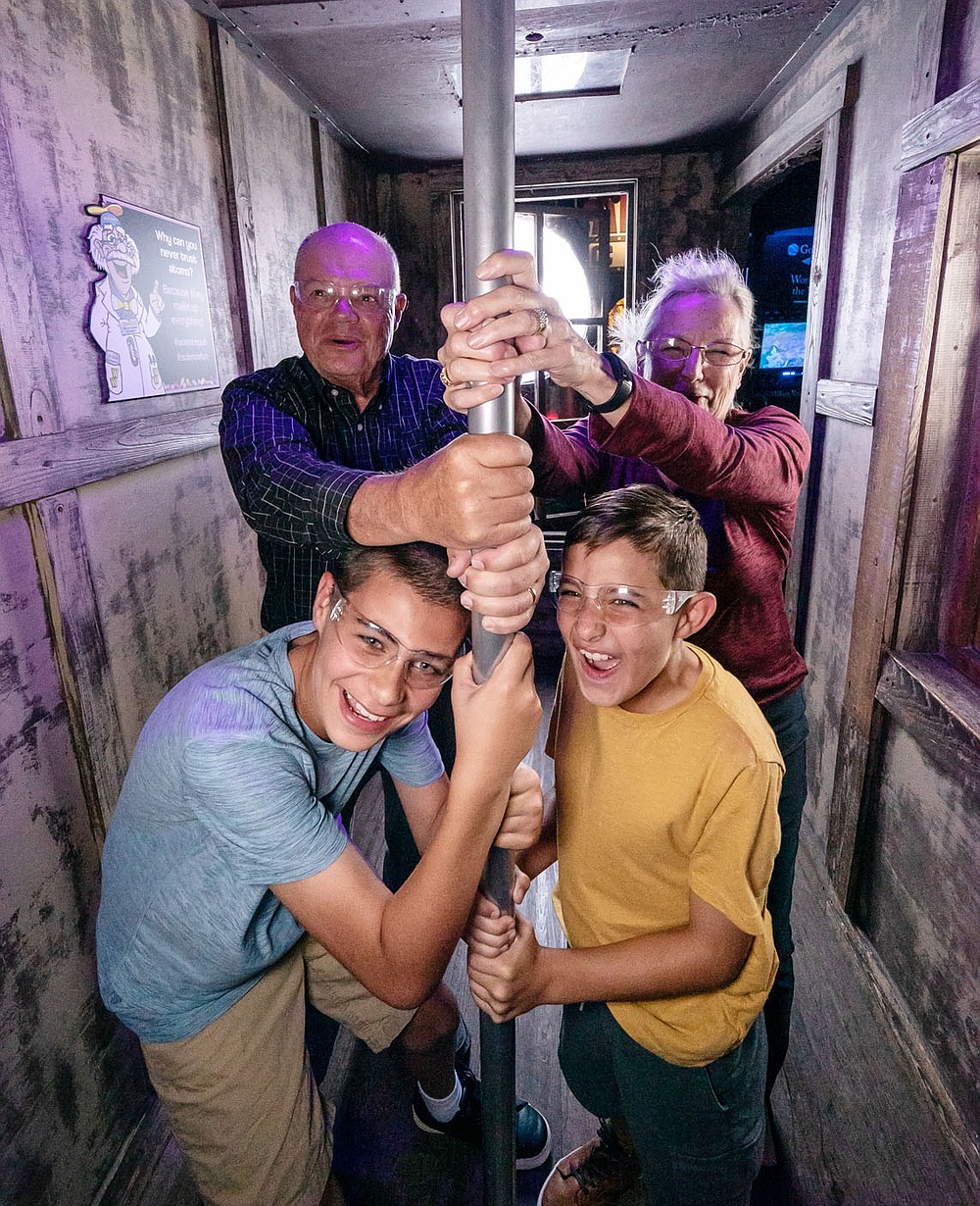 Guests can experience hurricane-force winds in WonderWorks’ Hurricane Shack, with wind speeds up to 74 mph. It’s included in the meteorology area, which allows guests to explore the science behind weather, natural disasters and more at the new Branson edutainment location. (Courtesy Photo/WonderWorks)
More News