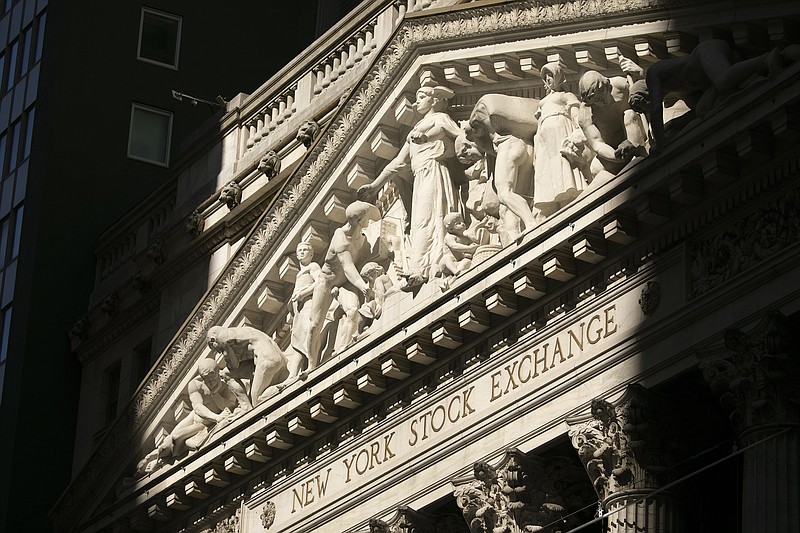 NEW YORK -- Stocks were mixed Tuesday on Wall Street, but gains were strong enough for tech companies and other pockets of the market to carry the S&P 500 to its fourth-straight gain and another record high.

The modest moves followed some more mixed data reports on the economy. One showed that consumer confidence unexpectedly dropped this month, contrary to economists' forecast for a strengthening. Another said sales of new homes accelerated faster than economists expected last month. They fit in with a general slowing of the economy recently, after its plummet into recession earlier this year and subsequent, initial burst off the bottom.

Earlier in the morning, most stocks on Wall Street had been edging higher after the United States and China said they held constructive talks as they negotiate how to implement their "phase one" deal, which set a truce in their trade war.

"We had three days of record highs" for the S&P 500 earlier in the past week, said Adam Taback, chief investment officer for Wells Fargo Private Wealth Management. "It's not surprising to see some resistance here."

The market has been making a lot of small moves recently on snippets of news about the virus, developments on a potential vaccine for it and other concerns. But the economy is still hurting, with airlines running at a fraction of their capacities and restaurants still mostly empty.

"That's not an economy that's back to normal," said Tom Hainlin, national investment strategist at U.S. Bank Wealth Management. "Ultimately, the economy doesn't fully reopen until we get a vaccine or a therapeutic," he said.

For the moment, though, he said, "People are willing to see that the world's cup is slightly half full right now."

Adding to the cup was an announcement from the U.S. trade representative that "both sides see progress" following trade talks between the world's two largest economies. China's Commerce Ministry said the two sides discussed strengthening coordination of their economic policies, though it gave no details.

Tensions between the United States and China have been ramping up recently, with President Donald Trump targeting Chinese technology companies in particular. The worsening relationship has been one of the bigger concerns for investors, particularly given how destructive the escalating tariffs of the U.S.-China trade war were for the global economy earlier.

Other concerns for the market include whether Congress can get past its partisan disagreements to agree on injecting more aid into the economy, which investors say is desperately needed, and whether stock prices have become too expensive relative to how much profit companies are producing.

But none of those concerns has been loud enough to keep the S&P 500 from plowing to record heights by the day.

Benchmark U.S. crude oil rose 73 cents to settle at $43.35 per barrel as Hurricane Laura barrels toward the U.S. Gulf coast, home to much of the country's energy production. Brent crude, the international standard, gained 73 cents to $45.86 a barrel.

Wholesale gasoline for September delivery rose 3 cents, or 2.1%, to $1.40 a gallon over worries that the hurricane could damage refineries and cut off supplies.

Information for this article was contributed by Yuri Kageyama and Joe McDonald of The Associated Press.