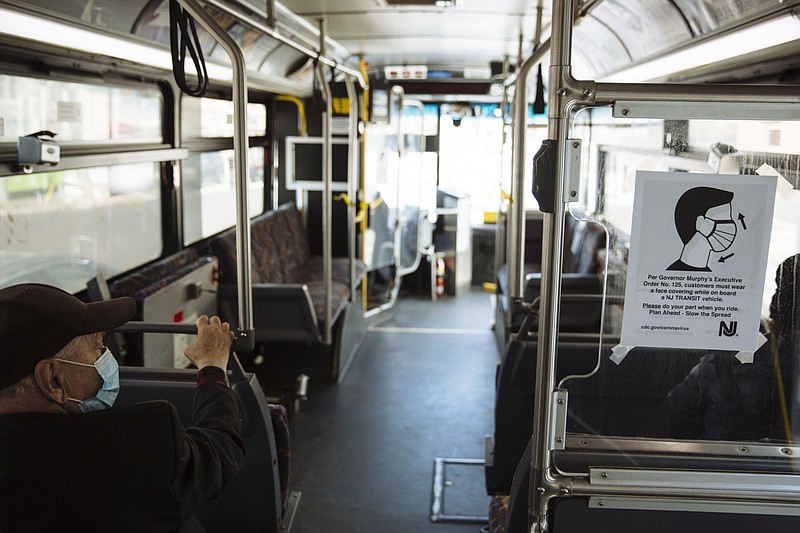 Bus companies, which every year shuttle hundreds of millions of Americans, most of them working class, are being forced by the pandemic to suspend service and close shop while trains and airlines stay afloat with federal aid.

In the last round of stimulus grants and loans, airlines got $50 billion, Amtrak $1 billion, public transit agencies $25 billion and private bus companies no direct aid, said Peter Pantuso, president of the American Bus Association. "I don't know how Congress can justify leaving us behind again."

Bus companies ferry 600 million passengers a year, not far from the 700 million domestic airline passengers. They are asking for $10 billion through the Coronavirus Economic Relief for Transportation Act, introduced by Sen. Jack Reed, D-R.I., and Sen. Susan Collins, R-Maine, in July but now stuck in negotiations.

"Congress is feeling the heat to prevent a collapse of the entire sector," said Joseph Schwieterman, a professor at DePaul University who specializes in transportation and urban planning. "There was such a mad rush with the first stimulus bill to save big companies that bus companies were lumped together with other small businesses."

Part of the problem is the industry's fractured nature. There are 3,000 motor coach companies, which support 100,000 jobs. They have furloughed or laid off 90% of their workers, said Pantuso. The industry, which typically brings in $15 billion a year, is estimating $4 billion this year.

It also suffers from a clientele that's scattered and not very vocal. Bus companies serve commuters but also military troops, schoolchildren, amateur athletes and survivors of natural disasters. Closures and suspension will make it harder for those with lower incomes, including health and municipal workers, to get to jobs, grocery stores and schools.

Across the country, rides have come to a near standstill as schools turned to remote learning, sporting events were canceled and commuters stayed home amid the pandemic.

"Local bus service in particular is one that a lot of people rely on: front-line workers, low income workers and just ordinary people, many of them who just need to get to shopping or doctors' appointments," said Christopher Jones, a senior vice president and chief planner of the Regional Plan Association, a nonprofit research group.

In Montclair, N.J., DeCamp Bus Lines, which serves the state's northern suburbs, suspended operations on Aug. 7, forcing its riders who commute to New York City to find alternatives. Its ridership plummeted by 90% to 300 per day.

"I cannot justify continued operations," said Jonathan DeCamp, vice president and chief operating officer. "What we are looking to do is hold off a while longer and restart again when workers return to the city."

The family-owned company, now down to just two employees, furloughed about 160, including about 110 operators. Its longest working employee has been with the company since 1984.

Coach USA, one of the country's largest bus companies, has laid off almost 3,000 of its 5,000 employees across 35 states and those remaining have taken a 40% pay cut. It permanently closed Lakefront Lines, the largest bus company in Ohio, eliminating 339 jobs. Sean Hughes, director of corporate affairs at Coach USA, said its D.C.-to-New York line is operating three round trips a day, down from its pre-pandemic 25.

Other companies are in even deeper trouble. "I think we are 60 days away from a majority of these small bus companies turning in their buses to the banks and letting the whole system collapse," said Mike Canine, vice president of Lorenz Bus Service in Minneapolis.

Private bus service also acts as a supplement to public transit agencies which can use their ridership and mileage numbers to apply for federal transportation grants. If private operators go under, it could mean federal aid loss for the public agencies.

"It's been a disaster," Pantuso said. "Most of the industry has been decimated and a large portion of it is on the brink of going out of business forever."