Baptist Prep closes out victory on the links

Repeating as state golf champions isn't a lock for either the Baptist Prep or Maumelle Charter boys. But the one certainty for both is that there is no longer any uncertainty.

Their seasons are officially in full swing.

"It feels good just to be out here playing period," Maumelle Charter junior Greg Febock said during the team's head-to-head match Thursday at the Links at the Rock Golf Course in Maumelle. "I think it's great that golf is being allowed to play when most sports, like basketball and football, may not happen or could get shut down early because of covid. You hate to see things like that happen.

"But with golf, we're pretty much social distancing and following a lot of the guidelines anyway, so I think we're in a good spot. We've been playing as normal really."

The year has been abnormal for most high schools sporting activities around the country because of the coronavirus pandemic. Every spring prep activity in the state was canceled, and most were on hold during the early portion of the summer until the Arkansas Activities Association allowed workouts to resume on a restricted basis in early June.

However, golf was one of the first sports given the full green light to proceed with an actual season by the AAA, and teams such as Maumelle Charter has taken full advantage.

The Falcons, who won the Class 2A state title last season, have played in several tournaments since the season began on Aug. 3 and piled up impressive victories in each, including a dominating performance at Fairfield Bay a couple of weeks ago. But Maumelle Charter found itself on the short end Thursday against Baptist Prep.

The Eagles, the reigning two-time Class 3A champions, got strong showings from sophomores Preston Nesterenko and Robbie Vaught to finish with a 114, which was good enough to beat the Falcons by one stroke.

The top three scores from each team were taken to compile the final results.

Yet, Maumelle Charter Coach Ken Holland wasn't too upset about how things turned out for his team.

"Those guys are the defending 3A champs," he said of Baptist Prep. "Considering they just won state as well, it's not too bad on our part. I have all of my team back from last year, and I'm hoping they'll come through and have another chance to win a state championship again. I think we've got what it takes to do it."

Holland noted that he's got Cade Hanson and Luke Hanson back to bolster the Falcons' chances. Cade, a senior who won medalist honors during the 2018 state tournament, shot a 38 on Thursday while his brother Luke, a sophomore who earned that same distinction during the team's title-winning run in 2019, fired a 34. But according to Holland, the wild card may be Febock, who shot a 41.

"It's nice to have the talent that we do, especially with the Hanson brothers," he explained. "But I always say the third person is how you win, and that's [Febock]. When you know you can count on your No. 1 and No. 2, you've got to have a third one or it's going to be tough to win a title.

"Having [Febock] work as hard as he has in the last two years has really helped us win. He really came through at district last year, and he did the same thing at state."

Baptist Prep, too, has a number of familiar faces from last season, led by Nesterenko and Vaught, who shot 34 and 38 respectively against the Falcons. Three others ended with scores of 42, including senior Trent Willett.

"I've been playing a lot on my own this summer, and I think I've gotten a lot better," he said. "With this being my senior year, I'm trying to win a state title. I'm thankful we're getting a chance to come out and play because for a while, everything was kind of up in the air.

"But it just feels good. Golf is an individual sport, but you play on a team. With the way it's set up, we're pretty socially distanced already. We'll still take precautions, though."

The match gave Baptist Prep Coach Eddie Stephenson a chance to see how his team would fair in its first action of the season.

"Any time you can get two of your three scores in the 30s, we'll take that every time," he said. "Everybody that we've got playing has a ton of experience playing during the summer and have been a part of state tournaments. We're fairly deep, too.

"Just to see them out here playing is great, though. With everything that going on, it's just good to get things started." 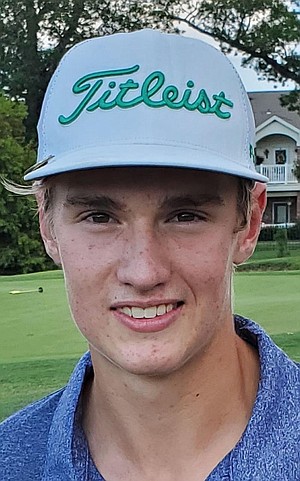 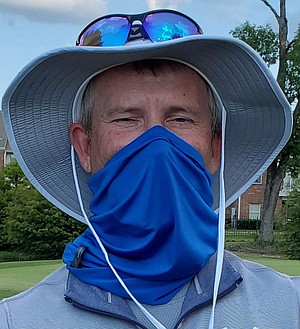 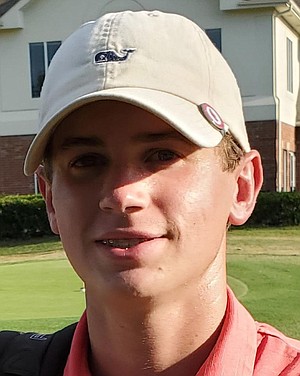 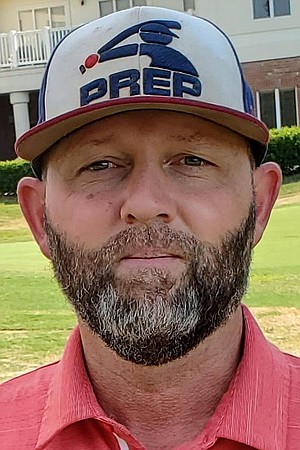 At Links at the Rock Golf Course