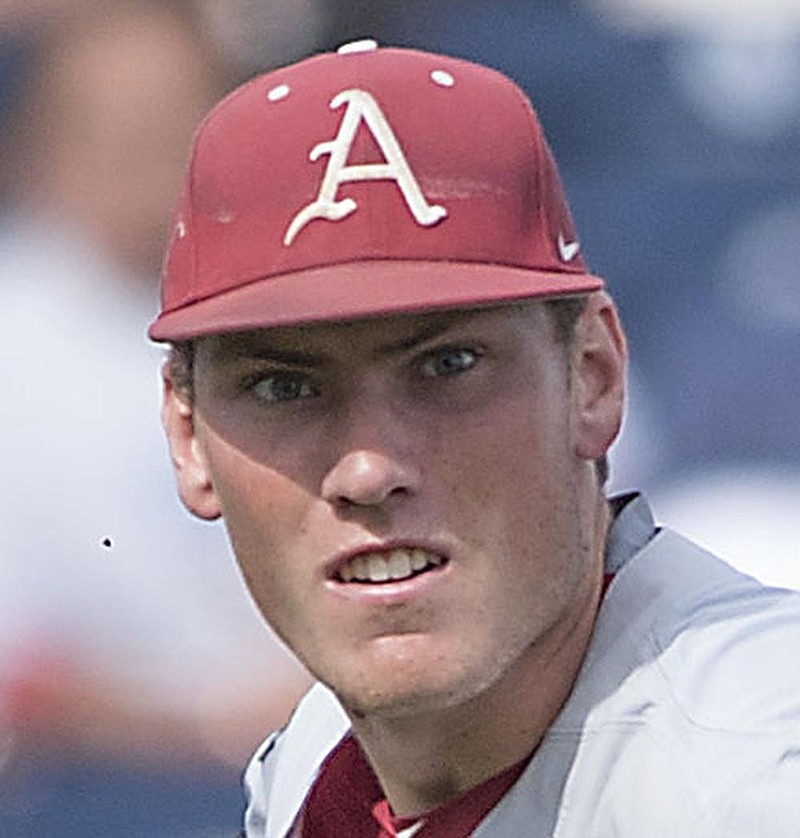 NWA Democrat-Gazette/J.T. WAMPLER -Arkansas' Bobby Wernes looks to make the throw to first base Monday June 15, 2015 during the second round of the 2015 NCAA Menâ€™s College World Series at TD Ameritrade Park Omaha. - Photo by J.T. Wampler

Wernes will work directly with catchers, while helping Coach Dave Van Horn with infielders and hitting coach Nate Thompson with hitters. He spent the past two years coaching in the Philadelphia Phillies organization with the Gulf Coast League Phillies West. Wernes served as the team's hitting coach in 2019, helping the club to a 33-15 record to win the North Division.

Wernes played for the Razorbacks in 2014 and 2015, helping guide Arkansas to the College World Series in 2015. He was drafted in the 30th round of the 2015 MLB Draft by the Houston Astros and played four professional seasons, two with the Astros and two with the Colorado Rockies, reaching Class AA Hartford in 2018.