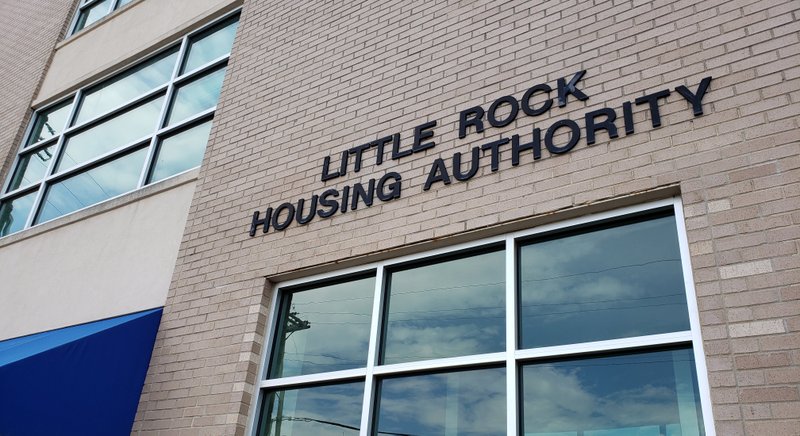 The Arkansas Fair Housing Commission on Tuesday filed suit against Little Rock's public housing authority, alleging discrimination on the basis of disability after a resident's request regarding accessible parking spaces was delayed.

The lawsuit, filed in Pulaski County Circuit Court through Arkansas Attorney General Leslie Rutledge and Assistant Attorney General Sammie Strange Jr., stems from a complaint that a resident at Fred W. Parris Tower made in 2017.

In July 2017, Leannell Robinson, an amputee who uses a wheelchair, informed the Metropolitan Housing Alliance that he believed people without disabilities were using the accessible parking spaces, according to the filing.

The advocacy group Disability Rights of Arkansas also contacted the agency on behalf of Robinson that month and again in January 2018 when the organization did not receive a response and no action had been taken to address the issue, the suit states.

The lawsuit states that the Metropolitan Housing Alliance installed new accessible parking signs in early January, though the agency repeatedly said the signs were present prior to that.

The suit states that by "unnecessarily delaying and thereby failing to grant" Robinson's request, the Metropolitan Housing Alliance discriminated against him by refusing to make reasonable accommodations necessary to afford a person with a disability equal opportunity to use and enjoy a dwelling, violating Arkansas Code Annotated 16-123-314(c)(2).

Kenyon Lowe, chairman of the Metropolitan Housing Authority Board of Commissioners, referred questions to Gorman & Co., a Wisconsin-based company the agency contracts with to manage day-to-day operations at the tower and other buildings. Attempts to reach a representative for Gorman & Co. were unsuccessful Tuesday evening.

Emails between an advocate with Disability Rights Arkansas and Metropolitan Housing Alliance employees were included in Tuesday's filing.

A July 31, 2017, email from the advocate, Christy Furqueron, noted that the accessible parking spaces were not clearly marked and two cars without tags or placards were parked in two of the five spaces. Clear signage is required under the Americans with Disabilities Act.

On Jan. 5, 2018, Furqueron emailed the agency's former deputy executive director, Dana Arnette, and said nothing had been done to bring the spaces into compliance. Arnette wrote back Jan. 8, 2018, and said the parking spaces were appropriately marked.

Tom Masseau, executive director of Disability Rights Arkansas, said the advocacy group's involvement ended after that, but the Arkansas Fair Housing Commission was still investigating a complaint from Robinson.