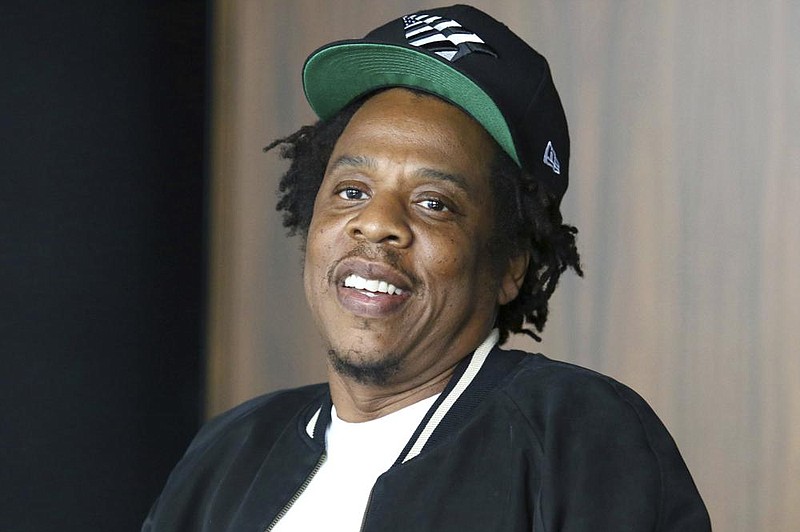 FILE - In this July 23, 2019, file photo, Jay-Z makes an announcement of the launch of Dream Chasers record label in joint venture with Roc Nation, at the Roc Nation headquarters in New York. Jay-Zâ€™s Roc Nation entertainment company is partnering with Brooklynâ€™s Long Island University to launch the Roc Nation School of Music, Sports & Entertainment. The new school will begin enrolling students for the fall 2021 semester, and 25% of the incoming freshmen class will receive Roc Nation Hope Scholarships. (Photo by Greg Allen/Invision/AP, File)

Jay-Z’s Roc Nation entertainment company is partnering with Brooklyn’s Long Island University to launch the Roc Nation School of Music, Sports & Entertainment. The new school will begin enrolling students for the fall 2021 semester, and 25% of the incoming freshmen class will receive Roc Nation Hope Scholarships. Hope Scholars will graduate without any debt. Jay-Z, a 22-time Grammy winner and entertainment mogul, was born and raised in Brooklyn, N.Y. He launched Roc Nation in 2008. Roc Nation Sports was founded in 2013 and has worked with many athletes. Roc Nation CEO Desiree Perez called the new partnership with Long Island University “a true investment in our community and young people in Brooklyn, in New York City, and beyond.” “We’re excited that The Roc Nation School of Music, Sports & Entertainment will provide unique insight, knowledge and experiences for students and introduce the world to the next generation of unmatched talent,” Perez continued in her statement. The Roc Nation School of Music, Sports & Entertainment will offer undergraduate degrees in music, music technology, entrepreneurship and production, and sports management. The school will begin accepting applications this fall for the fall 2021 semester. 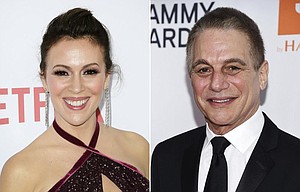 Photo by Invision
In this combination photo, Alyssa Milano, left, arrives at the premiere of "Insatiable" on Aug. 9, 2018, in Los Angeles and Tony Danza arrives at the Pre-Grammy Gala and Salute To Industry Icons on Jan. 27, 2018, in New York. A sequel to â€œWhoâ€™s the Boss?â€ is in the works at Sony Pictures Television, with Danza and Milano set to reprise their father-daughter roles from the 1980s-'90s sitcom. (AP Photo)

Actress Alyssa Milano says she has tested positive for coronavirus antibodies, despite twice testing negative for the virus itself when she was sick. The “Charmed” alum shared her coronavirus story in a lengthy Instagram post detailing her myriad symptoms, which included a loss of smell, trouble breathing, drastic weight loss, “horrible” headaches and a low-grade fever. She was ill during the months of March and April. “I had never been this kind of sick. Everything hurt,” Milano captioned a photo of herself wearing an oxygen mask. “I basically had every Covid symptom. At the very end of march I took two covid19 tests and both were negative. I also took a covid antibody test (the finger prick test) after I was feeling a bit better. NEGATIVE.” Despite her initial test results, Milano said she suffered “lingering symptoms like, vertigo, stomach abnormalities, irregular periods, heart palpitations, shortness of breath, zero short term memory, and general malaise” for about four months before getting a blood draw — which came back positive for coronavirus antibodies. “I just want you to be aware that our testing system is flawed and we don’t know the real numbers,” wrote Milano, who suspects she had covid-19. “I also want you to know, this illness is not a hoax. I thought I was dying. It felt like I was dying. I will be donating my plasma with hopes that I might save a life. Please take care of yourselves.”