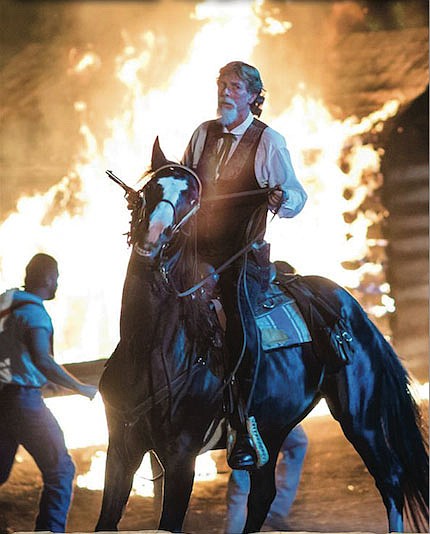 “The Shepherd of the Hills” outdoor drama in Branson celebrates its 60th anniversary with a special performance Saturday. (File Photo)

Ask Jeff Johnson how his Branson attraction has weathered the covid-19 crisis, and he'll ask you: "Is there some sort of crisis going on?" "The Shepherd of the Hills," born out of the turn-of-the-20th-century novel by Harold Bell Wright, has had a great summer, seating as many as 1,500 people a night for the outdoor drama that tells Wright's tale.

"This season I would certainly say that people are more apt to want to spend an evening out underneath the stars in an open air environment, and that has probably been good for us and not so good for other theaters," says Johnson, co-owner and general manager. "I know our outdoor adventure park has been very busy as well."

Saturday's show, however, will be a special one. The drama is celebrating 60 years by inviting cast members from throughout its history to attend.

"We've heard from a great many cast members and expect to have several on hand," Johnson says. "This is the same show that we typically put on, save for the intermission, where we will do a slideshow presentation and a few other things."

"Shepherd of the Hills," says Johnson, "was the first live theater performed in the area, with one version being performed in the mid-1950s down on Lake Taneycomo and this play opening in 1960 on this spot. It's played to 7 or 8 million people over the years. Very little about the play itself has changed over time as we are telling the same story. We try to keep it as realistic as possible in every way."

For Johnson, it's a family legacy. His grandfather, Bud Jackson, played the part of Doc Coughlan from the mid-1960s to 1988.

"I was born in 1974, and Granddad had been in the play for 10 years by then," Johnson said in a previous interview. "I've never known a world where that didn't exist. That story carved out a place in my heart."

‘Shepherd of the Hills’

WHERE — Old Mill Theater in Branson