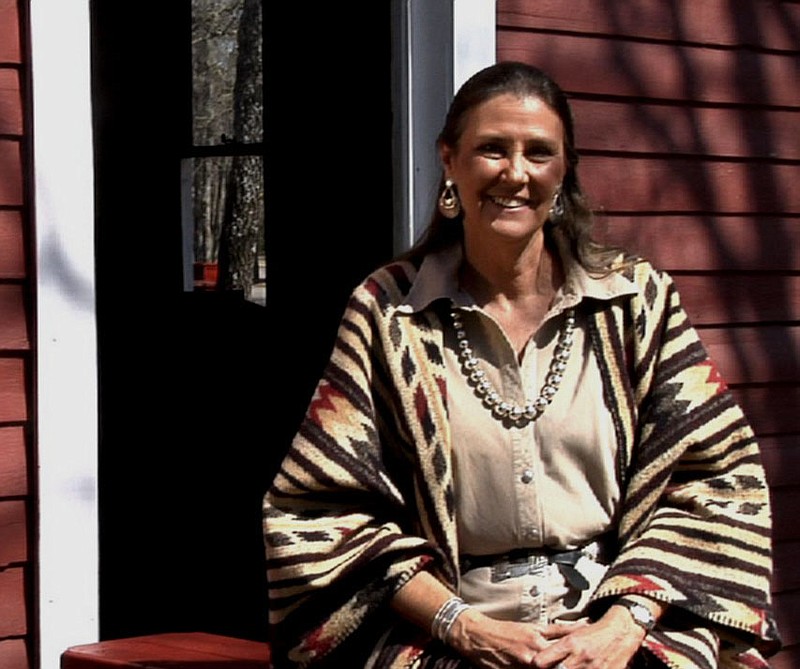 Gayle Ross’ grandmother was the youngest daughter of Robert Bruce Ross, the grandson of John Ross, principal chief of the Cherokee Nation from 1828 to 1866. In 1835, John Ross refused to sign the Treaty of New Echota, which required the Cherokee to leave their homes east of the Mississippi and relocate west. John Ridge, whose widow Sarah Bird Northrup Ridge, later lived in Fayetteville, did sign the treaty, which the U.S. government considered binding, and in an exodus that came to be called the Trail of Tears, more than 16,000 Cherokees were forced to migrate to what is now Oklahoma. (Courtesy Photo)

Gayle Ross never expected to be telling traditional Cherokee stories via the internet. But like so many performers of every kind, Ross is adapting to life in the time of the coronavirus.

Ross has been a teller of Native stories for decades and a friend of the Museum of Native American History in Bentonville for the past three years. She was an integral part of MONAH's first Native American Cultural Symposium in June 2017 and will now be chief consultant and the first speaker in a new series of virtual events titled "Hear Our Voices."

"This series was planned to have a different Native storyteller every month in the museum -- and of course that went out the window on March 13," says Ross from her home in the Cherokee Nation in Oklahoma. "I've seen a lot of talk on social media among storyteller friends, some of whom are experiencing really good positive changes in technology, and others who just want to get back to telling stories to real people! It's been a learning curve for me, but I'm so grateful to be involved with the museum and in helping choose and facilitate storytellers down the road.

MONAH debuts two of Ross' stories on Saturday, one intended for children and one for a more adult audience.

"Like a lot of tribes, we have a trickster -- ours is Rabbit -- and sometimes Rabbit ends up being goofy and just hurting himself and other times his tricks work out pretty well, but those stories are especially for young people," Ross says. "The second story, called 'The Daughter of the Sun,' is more involved, a story of how we almost lost our relationship with the sun and the toll that it took on the [Indigenous] people.

"Actually recording the stories was easy," she adds. "We did each story in one take."

Ross came home to the Cherokee Nation later in her life. She grew up in Lewisville, Texas, a northwestern suburb of Dallas.

"North Texas isn't a place surrounded by Cherokee culture by any stretch," she says. "But we knew who we were, who our ancestors were, from a very young age.

"When I began telling stories in 1978, I knew I wanted to focus on Cherokee stories and native stories -- which was an overwhelming part of the reason I started telling stories to begin with," she remembers. "You can't do that very long and not come up against the fact you need to be a member of a Cherokee community," which brought her to Tahlequah.

"Telling stories online is still a work in progress," she admits. "But MONAH is such a jewel. And now we can share this incredible place beyond physical borders."

WHEN — Available beginning at 11 a.m. Saturday. Register at monah.us. A link to the event’s webpage will be sent to your registered email address.

WHERE — The Museum of Native American History at monah.us