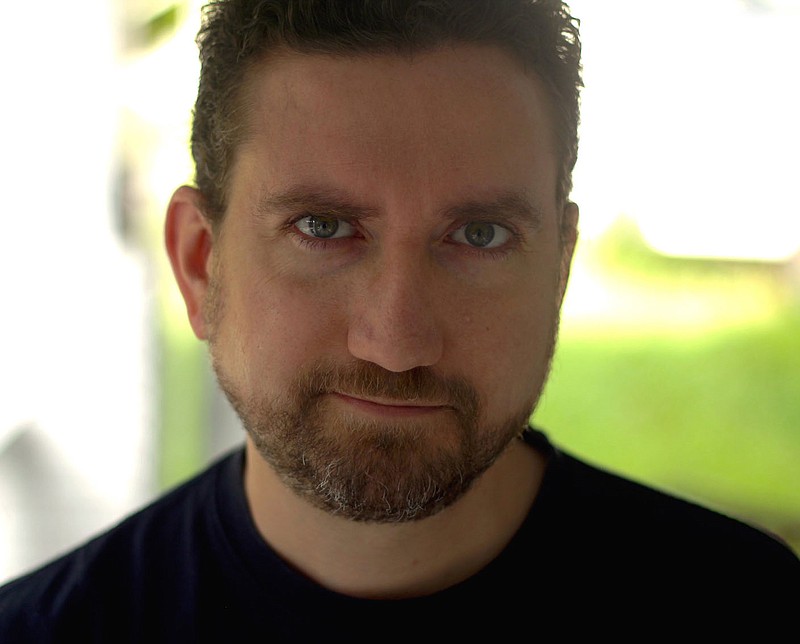 "The Interrogator," the next installment in TheatreSquared's virtual 2020 Arkansas New Play Festival, is set in World War II. But it might not always feel like it. The playwright, Russell Leigh Sharman, says "whole sections of the transcripts [on which it is based] could be lifted out of context, and you might think they were recorded just yesterday. I began work on the story in 2015, but I returned to it as a play late last year. I was surprised, and honestly a bit disheartened, at how much more resonant the material had become in those four to five years."

The story is set at Fort Hunt, a top-secret prisoner of war camp built in the suburbs of Alexandria, Va., code-named PO BOX 1142.

"I first heard about PO BOX 1142 on the radio on a drive back from the Tulsa airport in 2015," Sharman explains. "NPR did a story on how the park rangers at Fort Hunt, now a national park in Alexandria, uncovered the secret history of the location: How it was used as an interrogation center by the U.S. Army and Navy during the war and immediately after. How thousands of Nazi officers and U-boat commanders passed through on their way to more permanent camps. And how the only interrogators they could find who knew the language and the culture well enough were recent immigrants, most of them German and Austrian Jews.

"The kicker was that there was no torture or physical duress of any kind permitted," he adds. "The interrogators had to use psychology, build rapport, establish trust. They basically hung out with these guys -- played cards, chess, table tennis. Sometimes even took them out to dinner. And then these men, and they were all men, stayed quiet about their service for more than 60 years. Never told a soul. I was floored."

Sharman was a successful Hollywood screenwriter, so of course his first thought was that PO BOX 1142 would make a great movie. But he also knew "it was going to be a hard sell in Hollywood -- a period film, mostly in German, and mostly in a windowless room with two men... talking. Still, I couldn't shake the story. So I dove in. I spent the next few years pouring over every shred of documentation I could find. And there wasn't a whole lot. ... I finished the screenplay version a couple of years ago, and as I suspected, it got a lot of compliments but not a lot of traction in Hollywood. It was then that I realized this story needed to live in the theater. All of the elements that made it a hard sell in Hollywood were what would make it compelling on the stage.

"I am amazed there has been no other formal account of PO BOX 1142 by now, no book, no documentary," Sharman adds. "It is such a rich and fascinating story, and I am beyond excited to get to tell it in this form."

Sharman says the moral -- that a group of young men could offer grace to their enemies -- resonates as strongly today as it did in 1944.

"The greatest triumph for these men was not the military intelligence they discovered, it was the ability to look their enemy in the eye – whether that's a living breathing person or some past or present trauma – and show beyond a shadow of a doubt they have not been broken, that they have not only survived, they have overcome. That is a truth that we can all aspire to."

But the transcripts of the interrogations also revealed "some truly frightening parallels between the rise of National Socialism in Germany and our current political reality, the rise of the alt-right and the deep cultural divisions in the United States."

"I began to see the interrogations in a new light, beyond their historical context," Sharman says. "There is always the temptation to hear a story like this one and think, 'Thank goodness all of that is in the past.' But that would be a perilous mistake. I hope these resonances with our current experience will give us all pause, that they will remind us to be vigilant, ruthlessly self-critical, and, ultimately, full of grace for each other."

"One reason we go to plays is to feel something, discover something, that puts our world, our troubles, in perspective and reminds us that we're not alone," says director Amy Herzberg, one of the founders of TheatreSquared. "This profoundly difficult, and I think hopeful, period of change we're experiencing wound up underscoring several aspects of the play that we otherwise might have taken for granted.

"This play takes this massive wrong from history and transforms it from the abstract into the profoundly personal. It helps us feel the meaning of that wrong by identifying with individual people. And then of course it leaves us with a hard-won sense of hope." 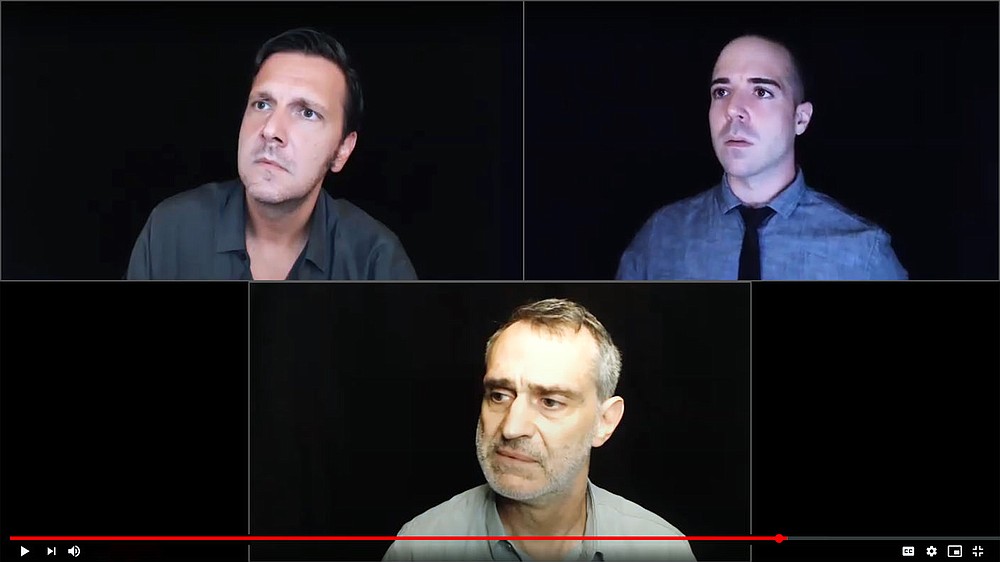 "It is a scary time in this country and around the world," says New York actor Joe Chisholm, pictured here in rehearsal for "The Interrogator" with Steven Marzolf and Matt Boston. "I think until a few years ago, most people would look at the megalomania that was Hitler’s rise and see it as a fluke in fabric of human history. But political division and dangerous rhetoric in today’s world have seen the embers of nativism sparked and flamed in a frighteningly reminiscent fashion. It adds a heavy layer of déjàvu to see some similarities in how the world was back then compared to where we are now, and just how much we failed to learn last time. It makes the immediacy and need within the play that much easier to hook into as an actor, and I hope as an audience member." (Courtesy Photo/T2)
More News

BONUS — The reading will be followed by a conversation with the creative team. Encore streaming is available through Aug. 10.