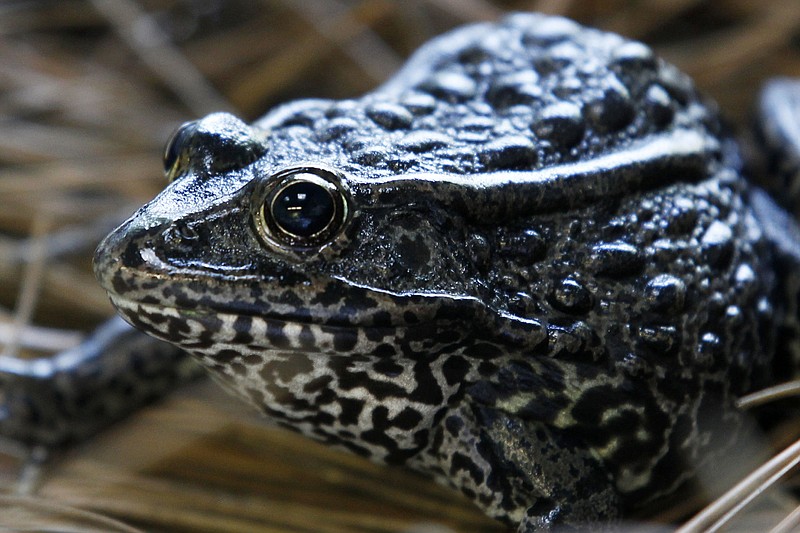 FILE - In this Sept. 27, 2011, file photo, is a gopher frog at the Audubon Zoo in New Orleans. Federal wildlife officials are proposing limits on what can be declared as "habitat"" for imperiled plants and animals. The proposal to be announced Friday, July 31, 2020, and obtained in advance by The Associated Press would for the first time define "habitat" for purposes of enforcing the Endangered Species Act, the landmark law that has undergirded species protections efforts in the U.S. since 1973. (AP Photo/Gerald Herbert, File)

BILLINGS, Mont. -- The Trump administration is moving to restrict what land and water areas can be declared as "habitat" for imperiled plants and animals.

The proposal would for the first time define "habitat" for purposes of enforcing the Endangered Species Act, the landmark law that has dictated species protections efforts in the U.S. since 1973.

A final decision is expected by year's end, with broad implications for how lands are managed and how far the government must go in protecting plants and animals that could be sliding toward extinction.

Democratic lawmakers and wildlife advocates said the proposal ignores shifting threats to wildlife and plants due to climate change and habitat loss.

It follows other steps under President Donald Trump to scale back or alter endangered-species rules, including lifting blanket protections for animals newly listed as threatened and setting cost estimates for saving species.

Legal observers said the Republican administration's two-sentence definition of habitat would limit what areas the government can designate as critical to a species' survival.

Its declaration that habitat includes areas with "existing attributes" appears to rule out land or water needing restoration work or sites that could become suitable in the future as climate change forces species to relocate, said J.B. Ruhl of Vanderbilt University Law School.

"To me, they are clearly trying to rule out restoration and climate change," Ruhl said.

He added that a court would probably agree that the government's definition was reasonable, even though he does not think it is good policy for dealing with climate change.

Jonathan Woods of the Pacific Legal Foundation, which represents landowners opposed to having species protections forced upon them, said the government's proposal would rightly restrict what areas could be designated as habitat.

He said that would force the government to concentrate on sites more suitable for conservation work instead of infringing on private property rights.

Others warned that it would seriously hobble restoration efforts by confining struggling species to small patches of pristine land and blocking restoration work that could expand their range.

The northern spotted owl of the Pacific Northwest, which depends on old-growth forests, offers a prime example, said Noah Greenwald of the Center for Biological Diversity.

Much of the bird's historic habitat was logged. "But it will become old-growth forest again one day if we protect it. So does that not count as habitat?" Greenwald asked.

"If we want to recover species, we have to restore them to more larger portions of their historic range," he said.

They would not specify what types of land or how much could be excluded under the definition, or give immediate details on which species could be affected.

"The Supreme Court recently held that an area must be 'habitat' in order to be designated as 'critical habitat,' and we are now seeking public comment on how best to define that overarching term," said wildlife service assistant director Gary Frazer. 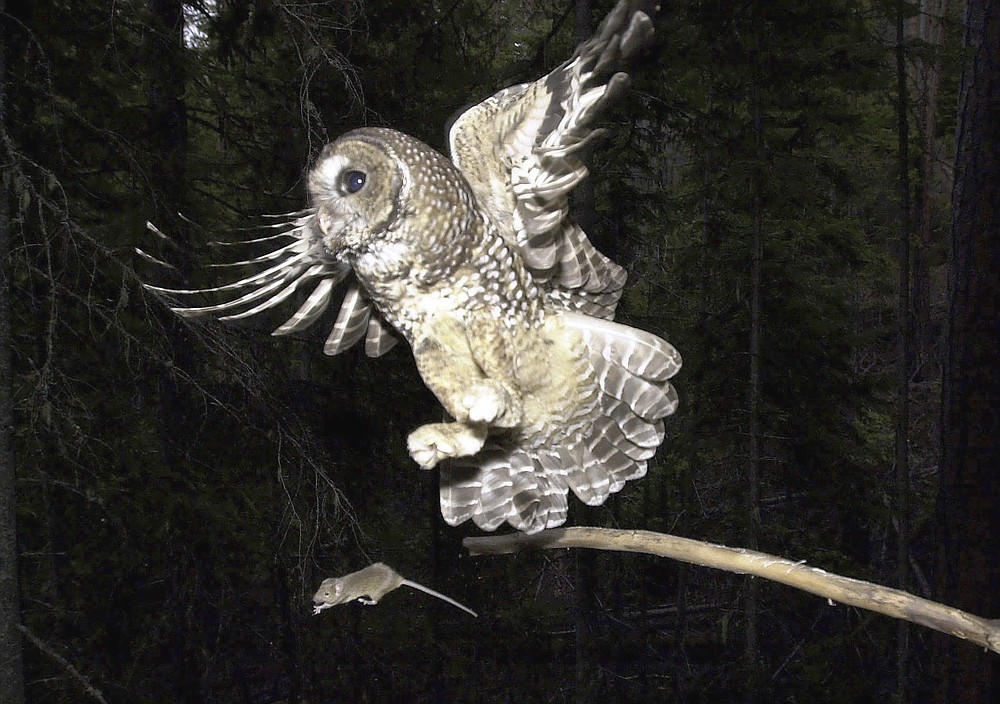 FILE - In this May 8, 2003, file photo, a Northern Spotted Owl flies after an elusive mouse jumping off the end of a stick in the Deschutes National Forest near Camp Sherman, Ore.. The Trump administration is moving to restrict what land and water can be declared as "habitat" for imperiled plants and animals, potentially excluding areas that species could use in the future as climate change upends ecosystems. (AP Photo/Don Ryan, File)