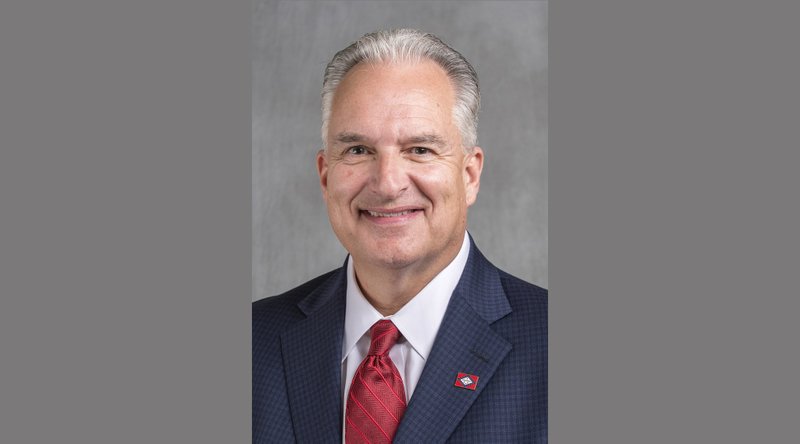 Arkansas Treasurer Dennis Milligan is shown in this file photo.

State Treasurer Dennis Milligan confirmed Friday that he plans to run for state auditor in 2022.

Milligan -- who has been state treasurer since 2015 and is barred from running for re-election under the state's term limits amendment -- said he plans to formally announce his bid for the Republican nomination for auditor and begin raising campaign funds after the Nov. 3 general election.

The 62-year-old Benton Republican is the first candidate to signal his plan to run for the post. Republican state Auditor Andrea Lea of Russellville has served since 2015 and is barred from another stint under term limits.

Milligan said in an interview that he decided within the past month to ask Arkansans to elect him state auditor in 2022.

He said he also weighed running for lieutenant governor, but "we have done very well on the financial side [for state government] as treasurer." Milligan decided he could contribute more to the state as auditor than as lieutenant governor.

The auditor is the general accountant for the state and serves as the payroll officer for the executive, legislative and judicial branches, according to the office's website. The office also administers Arkansas' Unclaimed Property program, formerly called The Great Arkansas Treasure Hunt, that connects state residents with their unclaimed property and allows current and past residents to collect their property at any time.

A year ago, state Sen. Jason Rapert, R-Conway, announced he is seeking the GOP nomination for lieutenant governor in 2022.

The current lieutenant governor, Tim Griffin of Little Rock, said a year ago that he's running for the Republican nomination for governor. He has been lieutenant governor since 2015. A month ago, Attorney General Leslie Rutledge of Maumelle, who has served in the post since 2015, also announced her 2022 bid for the Republican nomination for governor.

Milligan, who is a former Saline County circuit clerk and former chairman of the state Republican Party, said he expects competition for the state auditor post.

State Rep. Les Eaves, R-Searcy, said Friday that he continues to weigh a possible bid for auditor as one of "a lot of different paths."

He said his other options including running for re-election to the House or running for the state Senate in 2022 if there is an open seat. Sen. Jonathan Dismang, R-Searcy, has said he is considering running for lieutenant governor in 2022.

Conservative activist Ken Yang of Benton, who lost to Lea for state auditor in 2014, said he's considering running for either state auditor or state treasurer.

No candidate has announced for the state treasurer's office in 2022.

The state auditor, treasurer and land commissioner are each paid $91,533 a year. The secretary of state is paid $96,917. The governor, attorney general and lieutenant governor are paid $151,837, $139,992 and $44,674 a year, respectively. Lieutenant governor is considered a part-time job in state government.