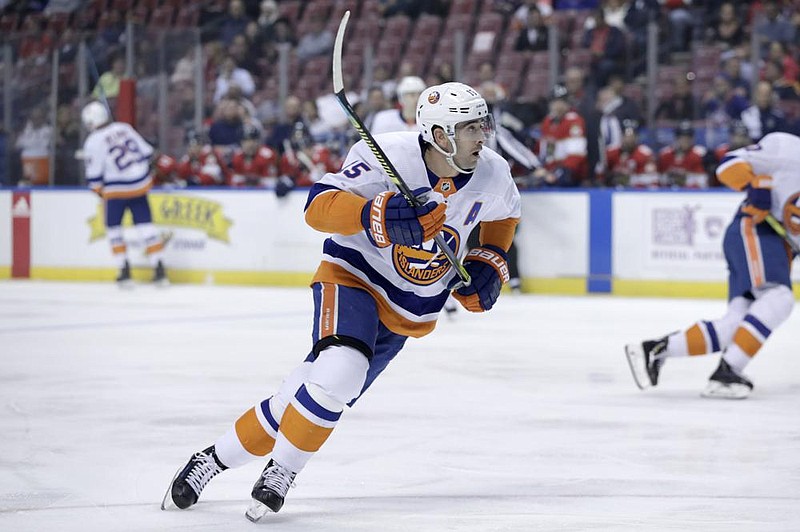 Cal Clutterbuck of the New York Islanders said that in addition to the NHL playoffs starting after being idle since March, things off the ice could be unusual with multiple teams sharing the same hotel. (AP/Lynne Sladky)

TORONTO -- NHL Commissioner Gary Bettman took a short break from watching the final few exhibition games Thursday to ponder the significance of awarding the Stanley Cup some two months from now -- should all go as planned.

The magnitude of the task it took to simply reach the cusp of resuming play following a four-and-a-half month pause certainly suggests this year's celebration has the potential of being a shared experience.

"If you look at the NHL family as a whole, starting with our fans, our players, our people at the league office and our club, the focus, the determination, the desire and the effort -- assuming we're able to get to that goal -- will have been the ultimate collaboration," he added. "I believe whoever ultimately hoists the Stanley Cup will deserve it in ways we couldn't have imagined, and probably still can't."

The first step towards closing the NHL's most unique season begins today, with the start of the expanded 24-team playoffs in Toronto and Edmonton, Alberta.

A nine-day slate of a potentially 52 games -- depending on the results of the eight best-of-five series -- will begin with the Carolina Hurricanes facing the New York Rangers at 11 a.m. in Toronto. The top four teams in each conference, meanwhile, will play a round-robin series to determine seeding for the first round to begin Aug. 11.

Exhibition games over the past three days featured a mix of sloppy and surreal play. It may take several games into the restart before the teams begin to develop any kind of cohesiveness.

With players eager to hit opponents after weeks of practices and scrimmages, New York rivals Johnny Boychuk and Brendan Lemieux dropped the gloves for an old-time hockey tussle.

So much for self-isolation.

Keep in mind, too, what might spill over with teams quarantining in a "bubble" in the same hotels -- though staying on separate floors.

"I'm sure there'll be a lot of head down, walk right by, maybe just give a quick nod if you run into somebody," he added, before breaking into a laugh. "I'm sure it'll be civil but strange, although you never know." 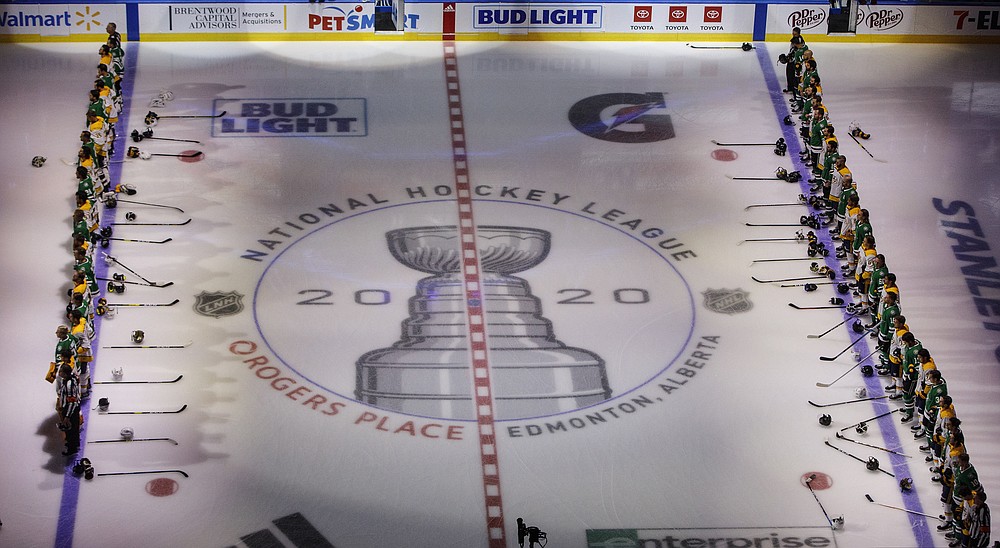 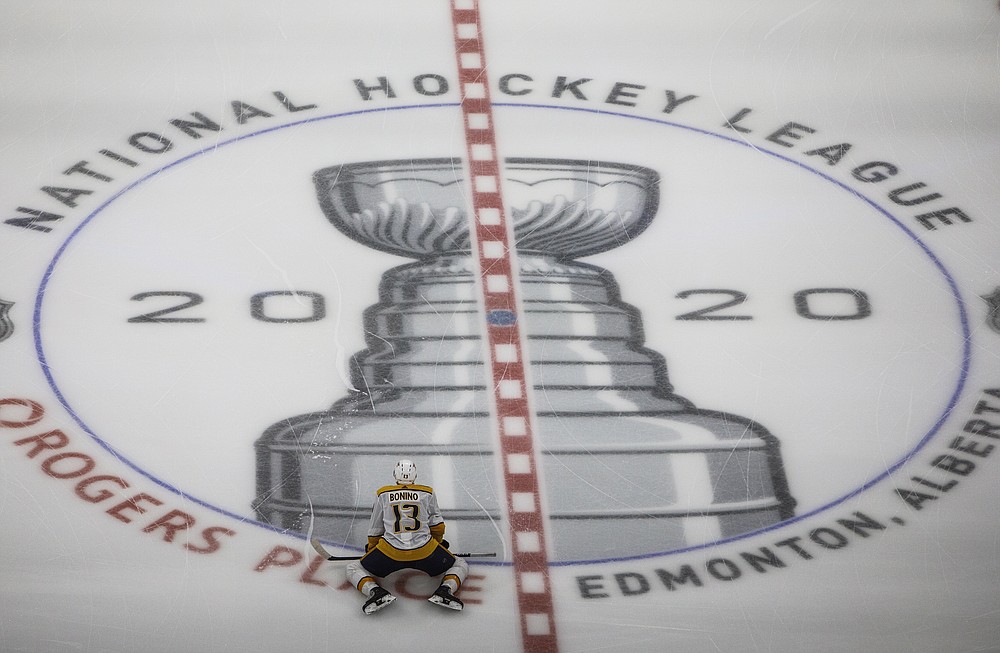 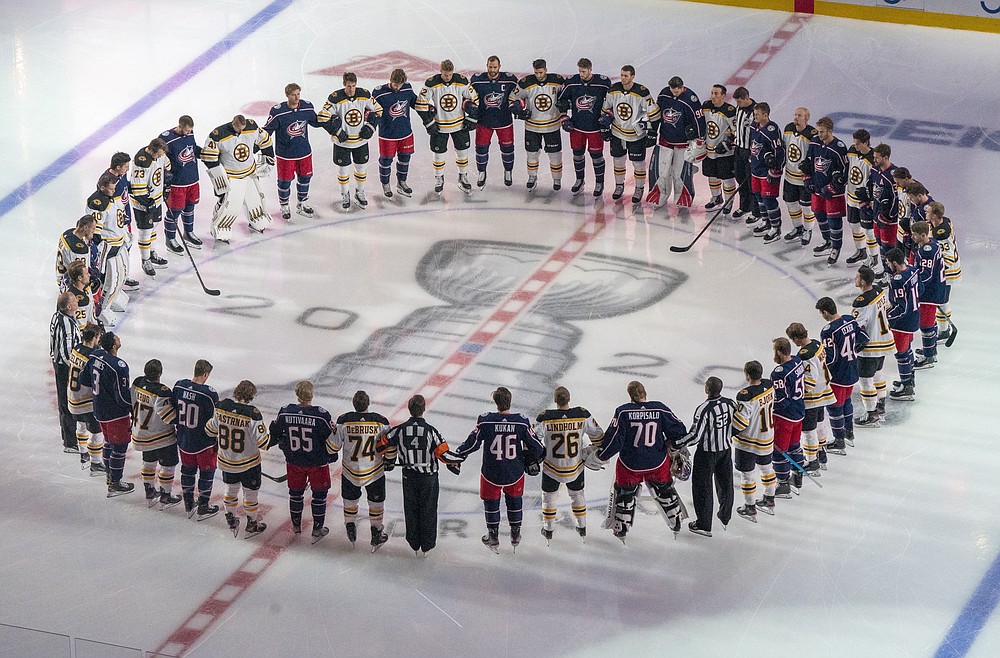 The Boston Bruins and the Columbus Blue Jackets stand together for the national anthems prior to NHL hockey exhibition game action in Toronto, Thursday, July 30, 2020. (Frank Gunn/The Canadian Press via AP)