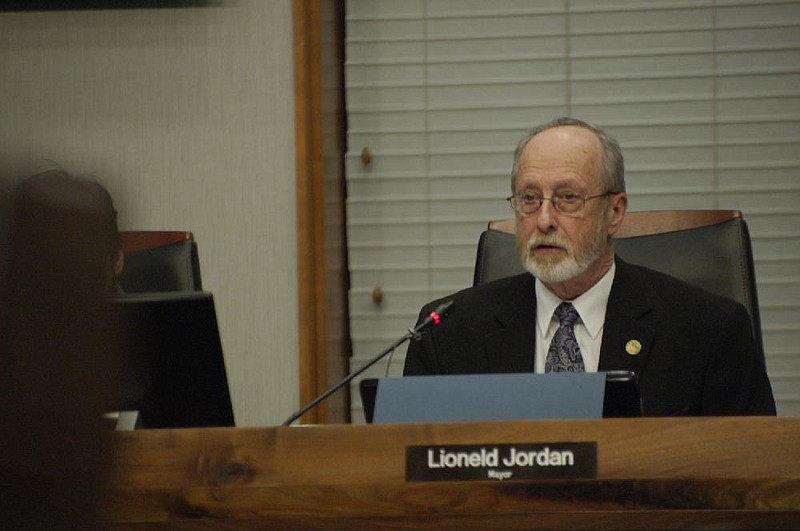 FAYETTEVILLE -- Lioneld Jordan will seek a fourth term as mayor.

Jordan, 66, said Fayetteville is midstream on a number of major projects, and he wants to see them through.

"To cut it to the chase, I want to finish what I've started," he said.

Work has started on the first of three phases to complete the projects. Jordan said his goal is to set a pace to complete everything and pay off all the debt within 12 years.

The bond initiatives will inject hundreds of millions of dollars into the local economy, helping to sustain the city through uncertainty during the pandemic, Jordan said. The city's investment in the outdoors will be of the utmost importance, he said.

Jordan pointed to the trails and amenities built or planned at Kessler Mountain, Centennial Park at Millsap Mountain and more than 60 acres preserved at Markham Hill as proof that his administration treats the environment as a top priority.

Turning the Fay Jones woods west of the Fayetteville Public Library into a nature attraction will add to the robust network of green space for residents to enjoy, he said.

The city preserved about 1,200 acres over the past six years, a trend Jordan said he intends to continue with another term.

A plan to have all city buildings and facilities run entirely on clean, renewable energy by 2030 kicked off in 2018. Installing solar panels last year at the city's two wastewater treatment plants got the city to 72% of the goal, Jordan said.

"I want to be on 100% clean energy with all our city facilities in the near future," he said. "I hope that encourages everybody to buy their own solar panels, because they're becoming more affordable, and we can get off of fossil fuels."

Infill development has become a frequent debate at City Hall. The City Council extensively discusses whether to allow higher residential density or a mix of commercial and residential uses in neighborhood areas.

Jordan said he studies the packets of information the council receives before every meeting as any member should. He served on the council from 2001-08 before being elected mayor. If Jordan has to break a tie with a 4-4 council vote, he said he will always consider the specific aspects of any piece of land, rather than follow one way of thinking.

"I always try to come out with the best results for everybody. I always have, I always will," Jordan said. "Not everybody's going to agree with the decisions I make, but when you're in a leadership position, it's decisions you have to make."

No opponents had filed as of Friday.