Counties to get help for election; state to apply federal funds of $4.7M for ballots, machines 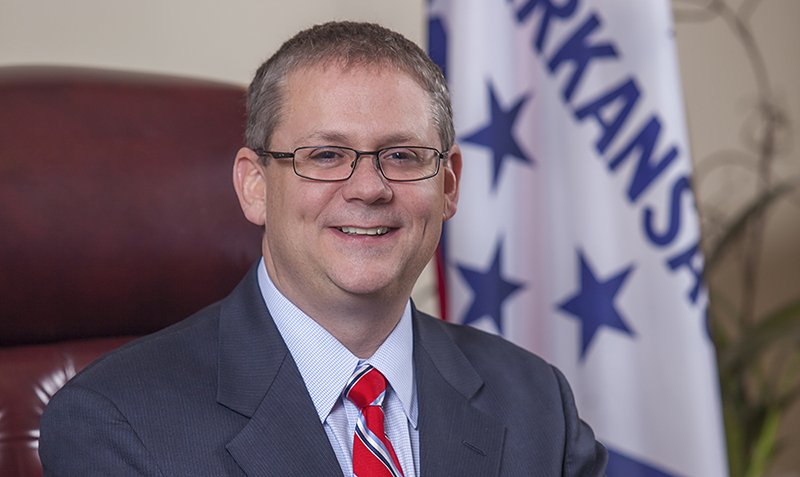 Secretary of State John Thurston is shown in this photo.

Secretary of State John Thurston said Wednesday that his office is working on a plan to help counties by using $4.7 million in federal funds to help mitigate coronavirus concerns during the Nov. 3 general election.

"We are looking at helping counties with maybe larger venues, where they may spread their machines out a little more," by possibly renting out larger places for polling sites and also purchasing sanitizing products, the East End Republican told the state Board of Election Commissioners that he chairs.

"Obviously, absentee voting, we believe, will increase, and we just want to help the counties with those federal dollars and helping purchase all the things that they will need for that," Thurston said.

He said his office hasn't "totally ironed out all the details" on spending the federal grant obtained through the U.S. Election Assistance Commission under the federal Coronavirus Aid, Relief and Economic Security Act, also known as the CARES Act.

"I just want to let you guys know that that's going to happen and, if you have input, advice and thoughts, just let me know," Thurston told the state board.

"We had to come up with some [state] match dollars out of our own budget, so everybody is feeling this. However, we didn't want not to receive those federal dollars because the counties are going to need a lot of help during this time," he said.

Thurston said in his April 7 letter to the U.S. Election Assistance Commission that Arkansas' critical needs include printing absentee ballots and envelopes, postage, additional machinery for ballot processing, cleaning supplies and protective equipment for poll workers, compensation for using more local election officials, costs associated with the relocation or addition of polling places, and communication to notify Arkansans of changes in the election process due to the coronavirus.

"To expedite procurement distribution, we anticipate that the secretary of state will purchase as many of the major items identified above and distribute those items to counties based on documented needs resulting directly from the coronavirus," he wrote in his letter.

Earlier this month, the secretary of state's office said Thurston has decided to use about $2.7 million in state and federal funds to pay for new voting equipment in the nine counties that don't have updated equipment for the general election. The federal funds are part of a $5 million federal Help America Vote Act grant that the office received earlier this year.

The counties initially were to share a portion of the costs for new equipment, but the secretary of state's office reassessed its plans "given the impact the covid-19 pandemic has had across the state," Niehaus said earlier this month.

With the expectation of increased absentee balloting in the Nov. 3 general election, Daniel Shults, director of the Board of Election Commissioners, told board members Wednesday he is working with Thurston's office "about some things that can be done administratively to improve or help people avoid some pitfalls in absentee voting.

"Over the next month, we are going to try and come up with a concrete recommendation on what an updated [absentee voter statement] form might look like, and I'm of a mind to make it mandatory, which would mean we would promulgate it as a rule," he said. He said he also will consult officials in the counties on this matter.

"This is just some ideas we have hopefully to make the instructions as clear as possible for the voter," Shults said. That includes cautioning voters that their printed names and their dates of birth must be completed for their absentee ballots to be counted, he said.

In another virus-related matter, the election commission on Wednesday approved a declaratory order requested by Sharp County Clerk Alisa Black, after the Highland School District postponed a May 12 special election for considering the approval of a new school millage rate.

Black said, in a letter dated April 22, that she anticipates the election will be called for a date "in mid to late summer."

In its declaratory order, the board concluded that Highland County election officials should canvass and count absentee ballots that were applied for and provided to registered voters prior to the postponement of the election.

"This result is based on the conclusion that the application for and submission of the absentee ballot that was timely for the May 12, 2020, election date will also be timely for an undetermined future election date later this year," according to the state board.

The board "finds that state law does not explicitly prohibit this conclusion and that it is necessary as a matter of policy to ensure every lawful ballot cast by a qualified elector is counted," according to the board's order.

The state board also found that the Sharp County Election Commission may lawfully choose to either reprint the ballots for the future election date or use the ballots already prepared for the postponed election date.

The county commission "should call a public meeting and include in its minutes a detailed explanation of the facts of this circumstance," according to the state board. "In that meeting, [county commission] must 'immediately correct the error' by printing new ballots and preparing electronic media or it must 'show cause why the correction should not be done.'" The order is limited to the delay of an election date by up to four months.

On Wednesday, Shults also announced that Gov. Asa Hutchinson has issued the same executive order -- allowing no-excuse absentee balloting -- for the May 12 special elections that the governor issued for the March 31 runoff election.

Shults said special elections are being held in one or two counties on May 12.

"That [executive order] is consistent with both what we and he have committed to doing, what we can to make mitigation as this situation continues," he said.

Earlier this month, the Legislature's Joint Budget Committee rejected a proposal from Sen. Joyce Elliott, D-Little Rock, that would allow registered voters to apply for absentee ballots and cast them without providing an excuse through Dec. 31 of this year. The vote was a largely party-line vote.

Hutchinson, who is a Republican, said at that time that "certainly if we have a continued emergency, I would be open to the possibility of waiving the rules, so that we could do the no-excuse absentee voting, which certainly is important and helpful if you have the threat of coronavirus."

Print Headline: Counties in state to get help for election