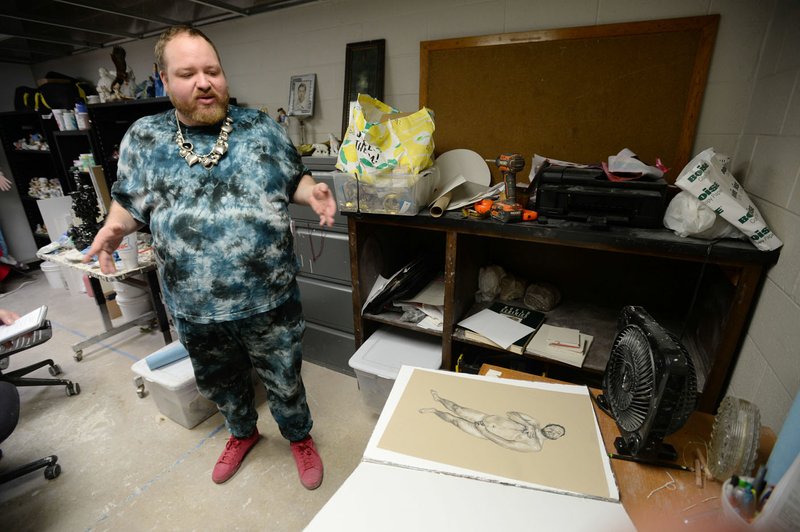 The informal selfie's days may be numbered as artists revive a more formal photographic portrait as a means of professional branding.

Self-portraits taken with a smartphone or digital camera, commonly called the selfie, have celebrated immediacy as an art form since the early 2000s, according to the Visual Trends Report 2020 by EyeEm, a Berlin-based photography online marketplace and social networking site.

Get a Closer Look

• Discover Antony Sonnenberg’s I Want to be Flowers and more of his self-portraits at http://www.anthonysonnenberg.com.

• Madeline Stoker’s creative portraits can be explored online at http://www.madelineshayne.com.

EyeEm examined millions of search inquiries into its more than 100 million images over 12 months to project the themes that will impact future creative endeavors, according to the report.

Search queries for "portraiture" continue to rise on the platform annually and have increased 280% since 2018, according to the report. Portraiture remains one of the most popular search terms on the platform.

"There's this trend toward authenticity, and the selfie is authentic," said Madeline Stoker, a photographer from Pea Ridge who works in portraiture. "It's like not edited, and it's as you appear, but there's no deeper level to it."

The selfie has evolved amid ever-changing social media platforms, according to the report. The art form is beginning to be reworked based on how people want to be perceived online professionally.

"Nobody wants to be seen in an awkward selfie shot taken in poor light on a drunken Friday night out with workmates," the report noted. "It hardly screams 'confidence' to depict yourself awkwardly positioned in a selfie pic against your professional social media networks."

"I think a photograph and a portrait of somebody used to be much more seen as the truth," he said. "I think as we move forward, it's a negotiation of the truth, and I think people are more and more aware of that."

Stoker, 29, works on creative portraiture out of a studio in the attic of her home, she said. The artist first delved into portraiture as a child, painting at her grandmother's kitchen table.

She didn't feel like she was gifted enough at drawing and painting to communicate what she wanted, so she turned to photography, she said.

"It just all of a sudden clicked in my mind that I could tell all these stories that I had always wanted to tell when I was a kid," she said. "I never really looked back."

Stoker is a self-professed "fantasy nerd" who incorporates homemade costumes, props and outdoor locations into her pieces to bring her visions to life, she said. The artist adds paint and gold leaf embellishments and accentuates the highlights and shadows of her portraits to further create the illusion of fantasy, she said.

"The creative process itself always starts with brainstorming the costuming and the props," she said. "I can tell my story through the colors in the costume, for example, or the specific props that I use."

Stoker recently made a dark, flowing gown embellished with mirrors made from broken pieces of compact discs that crumble down from the dress' neckline to its waist, she said. The gown is for a portrait called "Heartbreak" and will be featured in a coffee table book called Passages she's working on.

Her photos feature others but are a reflection of herself, Stoker said.

"I want someone to look at my work and know that I created it as soon as they see it and not feel like it could have also been one of the other 10 people who do this kind of portraiture," she said.

Passages is autobiographical and will feature photos of her 17-year-old sister, Chloë Stoker, as a model for many of the pieces, she said. The sisters share some traits, Stoker said, such as blue eyes and similar noses and chins.

"I'm approaching it from the perspective of experiences that I've had that I know everyone has had in their life," she said, using heartbreak as an example.

Modern artists are pressured to appear more creative and curated than ever before, according to the EyeEm report. There are also more explicit conversations about the composure of images that represent the parts of themselves artists are most willing to share online.

This desire intentionally stems from commercial attempts for artists to appear real with their audience, the report said.

"I felt like it was an interesting way to take our life's experiences and shift them just a little bit so that they're portrayed beautifully and differently," Stoker said of her portraits. "My hope is that people can see the beauty that can come from those experiences and how it makes us a stronger, more beautiful person on the inside."

Putting yourself out there as an artist isn't easy, said Sonnenberg.

Sonnenberg, 33, of Fayetteville started exploring self-portraiture in 2012 when he was attending graduate school at the University of Washington in Seattle.

The artist said he struggles with how his body is perceived as a gay person who is about 5-foot-10 and weighs more than he'd like to.

"The portraiture really kind of revolves around me and my body and my weight and how I feel about it at the time," he said. "I feel like my body type is not necessarily one that gets represented in the nude context and is not necessarily something that I feel that people want."

Sonnenberg uses self-portraiture to tackle those topics at the risk of rejection by the audience, he said.

"Rejection is part of the business, part of the life," he said. "It's never personal, but it always feels personal because you've put personal things out there."

The scope of what Sonnenberg creates varies from necklaces to life-sized beaded self-portraits, he said.

Self-portraiture is becoming a factor in the artist's ceramic pieces as well, some of which are in the State of the Art 2020 exhibition at the Momentary in Bentonville. Sonnenberg compared the pieces to a sad operetta.

The artist said one of his favorite self-portraits is called I Want to be Flowers, which he created in 2019. The piece is 40 inches by 30 inches and is a full-color photograph of Sonnenberg standing while covered in a multitude of flowers. The only visible features of the artist are a portion of his face, his outstretched hands, a forearm, a knee and his upper legs.

"I've been thinking a lot about facades," he said, explaining the image allows him to communicate his need to protect and hide his body while equating it to the beauty and impermanence of flowers.

Artists are becoming more aware of the impact of creating such carefully planned self-portraits, according to the EyeEm report, and a growing number of creators are inviting greater transparency into their lives through such visuals.

'This is me taking a risk, and I think that's where craft comes in," Sonnenberg said. "I don't know if people trust me or connect with it that way. I hope they do. I'm trying to be sincere."

Creative sincerity is flowing into social media in the manner in which nonartists are representing themselves through personal branding in the workplace, according to the report.

The growth of professional social networking sites like LinkedIn has encouraged corporate portraiture, particularly as more employees and freelancers seek to represent themselves online as brands, the report said.

Selfies and headshots on simple black and white backgrounds are no longer sufficient to make an impression, Stoker said.

"If you work in the grocery industry, people would find it much more interesting to see you in the produce aisle," she said. "They still want to interact with you and see who you are, but they want to see you also doing what you do. They want to see your process, and the selfie can't communicate that."

Viewers are looking for authenticity and personal connections, Stoker said.

"You do that by kind of creating your brand and sharing that and saying, this is what I'm like, and being really open about that on social media," she said. "I think there's this desire to be able to look at the picture either now or years from now and really see who they were, see their personality."

Stoker said she feels genuine representation will remain a factor in the evolution of portraiture.

"Like any trend, it goes in directions you would've never expected," she said. "The trend I can see is getting deeper and deeper into who people actually are instead of what they look like."

Sonnenberg said the portrait has endured as an art form for hundreds of years.

"Portraits will never run their course," he said. "Human beings, as far as I can tell, have very well established that the things we find most interesting are ourselves." 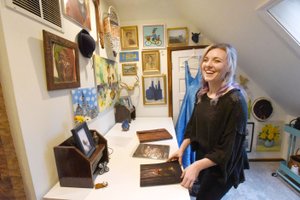 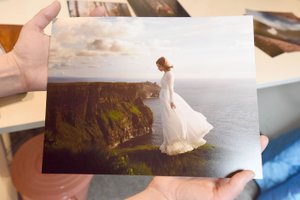 Madeline Stoker photographed a friend for this portrait during a trip to Ireland. (NWA Democrat-Gazette/Flip Putthoff) 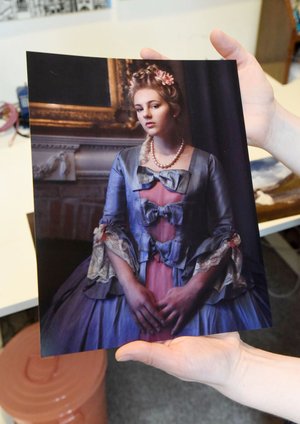 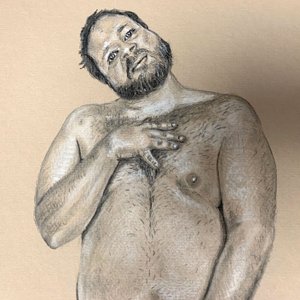 Print Headline: Artists explore the demise of the selfie