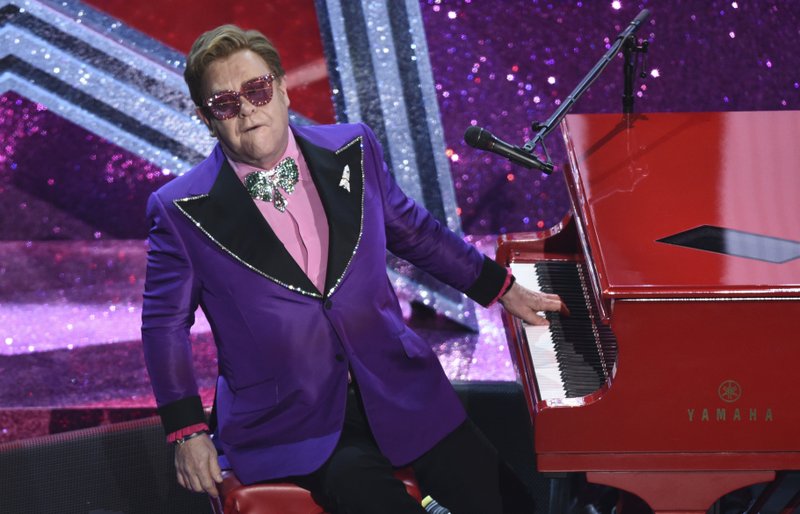 One wonders, being far too busy to look it up, what's the difference between an epidemic and a pandemic? While pondering such matters, it would be a good time to check out the online musings of singer-songwriter Todd Snider, who continues to amaze and entertain. And that's not just because Snider provided the last live, in-person performance that my wife, Vicki, and I managed to get ourselves to, back in early March, when there was a Snider double-header, as in two nights in a row at the acoustically wondrous South on Main, formerly known as Juanita's.

We attended the first night, and if we had known then what we know now, we would have taken in the second night as well, thanks to a friend, who offered us a pair of spare tickets, which I foolishly declined, because, well, we live in Bismarck and it's a fur piece and all that. Or maybe I feared two straight nights would be risking an overdose of Todd. Oh, if only ...

Anyway, check out Snider's aptly named "What It Is" on what he has dubbed The Purple Building (purplebuildinglive.com) in East Nashville, Tenn., which airs live on Sundays. Or look for it on YouTube.com. And for another treat, travel back in time to his April 12 show, which is a tribute to his pal, the late John Prine, on which he performs Prine songs both classic and semi-obscure. You can also livestream lots of Snider's performances via his toddsnider.net website, to which you can subscribe monthly or yearly. Also check him out at facebook.com/toddsnider/.

Another show worth looking for is a 2018 appearance by Prine on Austin City Limits (acltv.com), and the genial folk rocker was at the peak of his powers, doing some of the songs off his final album, The Tree of Forgiveness. He graciously brings out newcomer Tyler Childers for a duet, then lets him do a song of his own.

Prine gets a nice tribute from Arkansas native Iris DeMent, who had known Prine for some 30 years. When she released her debut album on Rounder Records in 1992, Prine had this to say in the CD's liner notes: "... if pork chops could talk, they'd probably learn how to sing one of her songs. Then we'd all have something to cry about."

You can read her recent salute to Prine on her website, irisdement.com 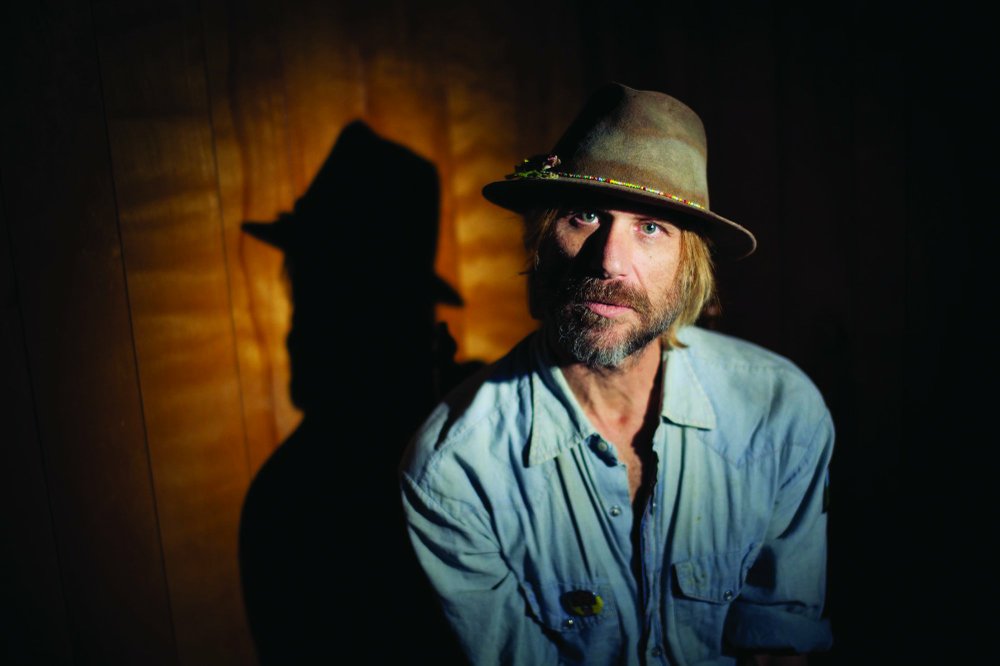 Singer-songwriter Todd Snider is entertaining from East Nashville, Tenn., at purplebuildinglive.com. (Special to the Democrat-Gazette/Tim Easton)

Childers, by the way, is set to open for The Avett Brothers in an Aug. 8 show in the MAD Amphitheatre in El Dorado, as previously scheduled. Michael Franti is still on for June 12 in the First Financial Music Hall. Rescheduled shows: The Allman Betts Band will play Sept. 24 andSnoop Dogg with special guest Bone Thugs-n-Harmony is being moved from April 25 to Oct. 3 as part of the city's Music Fest.

The folks in El Dorado also report that they are offering weekly virtual art workshops for children. The livestream will be at 10 a.m. Wednesday on Facebook. For a link to the page that features previous sessions, see eldomad.com/artwithgay.

John Prine was not the only musician felled by the virus. Don't forget to remember Adam Schlesinger, of the bands Fountains of Wayne and Ivy. An example of his great talent can be seen in the film, That Thing You Do!, which was written, directed by and featured Tom Hanks, in a tale of a one-hit-wonder band that recalls The Beatles and the 1960s. Schlesinger wrote the song that became the title of the movie. He's best known for his songs, "Stacy's Mom" and "Radiation Vibe."

Barrett Baber is doing "The Evening Service" livestream at 8 p.m. Sundays on his Facebook page, facebook.com/barrettbabermusic/. 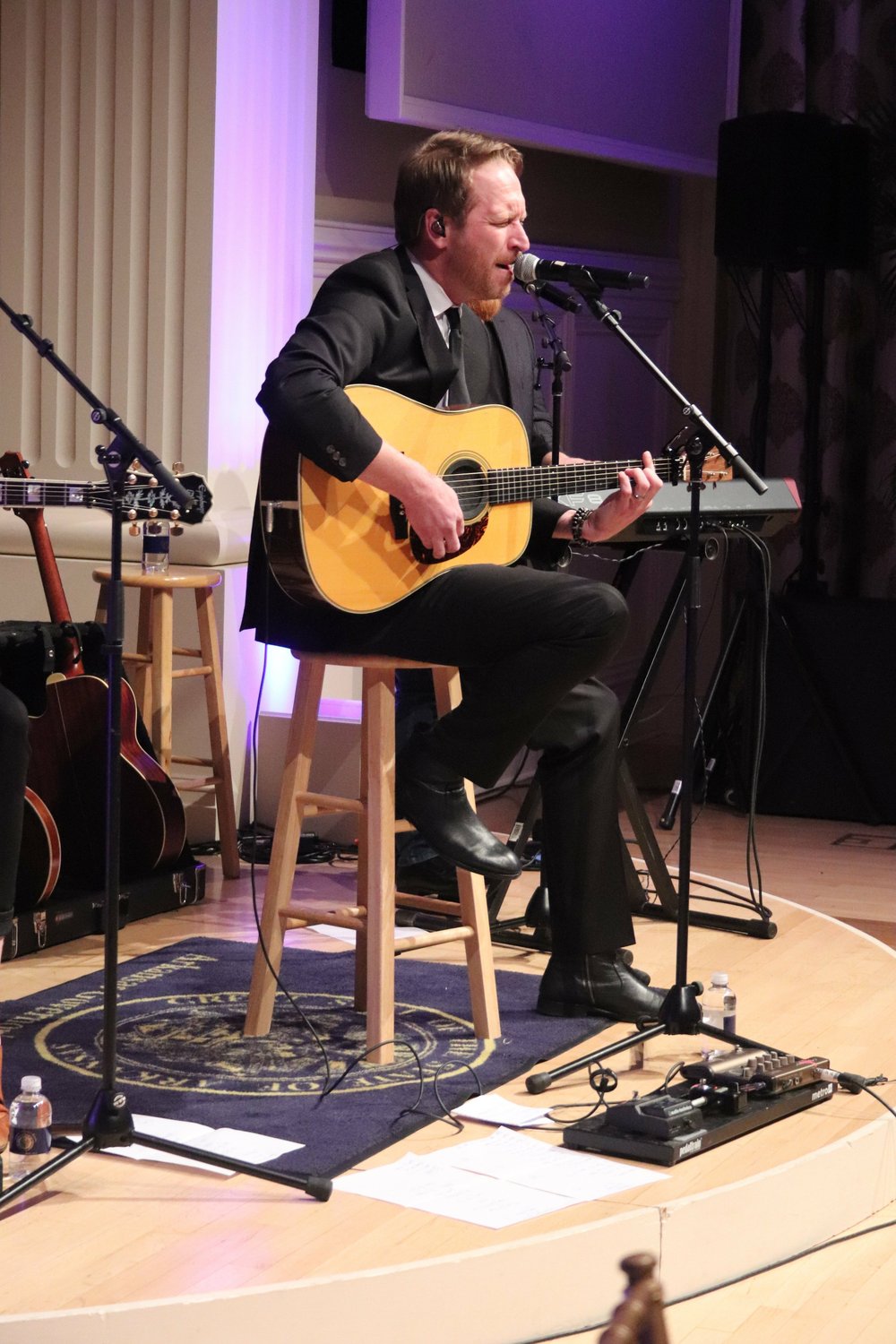 Lucious Spiller, the blues rocker from Little Rock who moved to Clarksdale, Miss., in 2014, suffered damage to his home and car in the Easter tornado that hammered the South. For more information, see his Facebook page, facebook.com/BlueSpiller/.

Lucinda Williams, who spent some of her time growing up in Fayetteville, releases her latest album, Good Souls Better Angels, today. No word yet on whether she will have any online events, but keep up at lucindawilliams.com.

Evanescence, the band led by Little Rock native Amy Lee, will soon release a new album, The Bitter Truth, the band's first album since 2017. Songs will be released one at a time, starting Friday with "Wasted on You." The band is choosing 50 people who "pre-save" to get the first listen to it on a Zoom call to Lee today. Check out the band here, facebook.com/Evanescence/.

The Rodney Block Collective (facebook.com/rodneyblockmusic/) did a "Live From the Front Porch" virtual concert in the Governor's Mansion neighborhood April 16 (marking his April 9 birthday) and Block promises to do more in the future. Monsterboy, the husband/wife duo from North Little Rock, continues to do livestreaming shows nightly at 7:30 p.m. at monsterboylives.com.

Checking in with Benny Turner, legendary bassist in Jubilee Dive and manager of The Gunbunnies, as well as the guy who booked bands at the old S.O.B. in Little Rock, Turner reports he and wife and child are safe and hunkered down in The Bronx, one of the hardest-hit boroughs of New York City. Turner reports:

"One of the nice diversions a cousin turned me on to recently is (an) audiobook by James Taylor, (which is) free on Audible and is only 90 minutes long. It's full of great stories, with bits of music sprinkled in. Check it out if you haven't already listened to it. Check it out at audible.com.

Good news for fans ofJason Isbell: He and his band,The 400 Unit, still have a show at Little Rock'sFirst Security Amphitheater set for Aug. 5. Billy Strings is listed as the opening act. Isbell and the 400 Unit have a new album, Reunions, coming out May 15, according to his website, jasonisbell.com.

Do you need a new "fight the virus" theme song to binge listen to? TryRichard Thompson's "Keep Your Distance," off his album, Rumor and Sigh, released in 1991, just a couple of years after Thompson's first show in Little Rock, when a British nurse, Len Holton, and a few like-minded music fans put together the needed funds to book Thompson. Holton went on to found the Little Rock Folk Club, which stills brings folk musicians from around the world.

Still on the concert agenda for Simmons Bank Arena:

• Bob Dylan and His Band, with special guests Nathaniel Rateliff & The Night Sweats and the Hot Club of Cowtown, June 27.