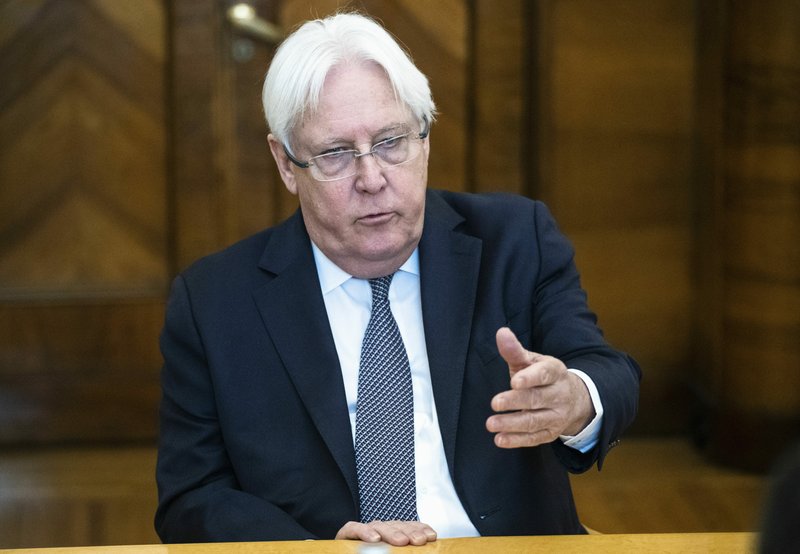 UNITED NATIONS -- The U.N. Security Council on Friday endorsed the secretary-general's call for the warring parties in Yemen to immediately stop fighting and focus on reaching a peace agreement and countering the outbreak of the new coronavirus.

The U.N.'s most powerful body welcomed the unilateral, two-week cease-fire announced by the Saudi-led coalition that took effect April 9 to support the U.N.-led peace process. Despite the announcement, violence in Yemen has been reported by both the internationally recognized government, backed by the Saudi-led coalition, and the country's Iran-backed Shiite rebels, known as Houthis.

On Friday, the Houthis' military command accused the coalition of violating the cease-fire 82 times over the past 24 hours, with airstrikes on the central province of Marib and artillery attacks in the port city of Hodeida, the country's main gateway for humanitarian aid.

Yemeni tribal leaders said government forces retook the large Khanjar military camp in the strategic northern Jawf province, which they had lost to the Houthis this month. The leaders spoke on condition of anonymity for fear of reprisals.

The council statement followed a briefing Thursday by U.N. special envoy for Yemen Martin Griffiths, who said the threat of covid-19, the illness caused by the coronavirus, has galvanized peace efforts.

Griffith said talks "are making very good progress" and that he expects them to adopt proposals for a nationwide cease-fire and peace talks "in the immediate future."

The Security Council "voiced concerns about the ongoing hostilities," called on the Houthis to commit to a cease-fire "without delay," and urged both parties "to engage constructively" on Griffiths' proposals and reach agreement "as soon as possible."

​​​​​Information for this article was contributed by Ahmed al-Haj and Isabel DeBre of The Associated Press.