SPIRITS: Was 'How to Drink' written for these times?

Alcohol education will have achieved its ultimate goal not when young people in this country are afraid of alcohol and avoid it because it is toxic and dangerous, but when they are frankly just a little bit bored by it, when they don't need to be told not to binge-drink vodka shots ...

— social anthropologist Kate Fox, on the BBC in 2011

I hadn't heard of Vincent Obsopoeus until last week.

Now I know he was a German poet who worked mainly as a translator during the Reformation. He translated Greek into Latin, Latin into German, and German into Latin. He translated a lot of Martin Luther's works and wrote three books, the most famous of which is De Arte Bibendi (How to Drink: A Classical Guide to The Art of Imbibing), published in 1536. 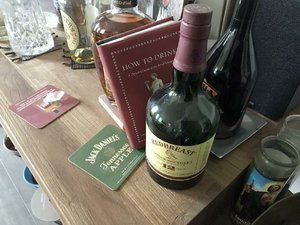 As I understand it, Obsopoeus wrote How to Drink in the spirit of playfulness, taking off on the Roman poet Ovid's The Art of Love in the same way Mad Magazine used to take off on pop culture moments like West Side Story or Saturday Night Fever.

How to Drink was meant to be fun, but it was serious too. Obsopoeus was alarmed at the way the people of his time used alcohol, which to his mind was intemperately.

"[When you get drunk,] you shed your human senses. You turn into a wild animal and act like a total disgrace. The upshot is that hardly anybody likes you," Obsopoeus wrote.

Only Obsopoeus didn't actually write that, because he wrote in Latin. What you just read was a modern translation of Obsopoeus's work by Michael Fontaine, a professor of classics at Cornell University.

Fontaine has published his translation of How to Drink as part of Princeton University Press' delightful series "Ancient Wisdom for Modern Readers," which includes How to Be a Bad Emperor by Seneca, How to Be a Leader by Plutarch, and How to Be a Friend by Marcus Tullius Cicero. (All are priced at $16.95.)

In his introduction, Fontaine, who is very likely the world expert on Obsopoeus, explains that his work is based on the second edition of How to Drink, published in 1537 and popular until the Catholic Church placed it on its Index of Forbidden Books. He also points out that while Obsopoeus' model Ovid was being ironic in his poem, Obsopoeus was serious about the advice he was giving.

"Most of us think Ovid doesn't really mean what he says," Fontaine writes, "whereas the sincerity of Obsopoeus' moral purpose is beyond doubt."

The picture of Obsopoeus that Fontaine paints is of a cranky jerk — "funny and fun but sensitive and stubborn, impetuous and intolerant, the kind of person who just can't let something go," he writes. He probably had only one real friend, Joachim Camerarius, the classical scholar and translator, while the other humanists he counted as his friends merely tolerated him.

Yet Fontaine is evidently fond of Obsopoeus, who he believes to be underrated as a poet. Obsopoeus loved his wife and his wine.

Though without moderation, Obsopoeus wrote, wine "has no steering wheel."

Wait, he was writing in the 16th century. Did they even have steering wheels then?

"My aim here was not a slavish, and surely not verbatim, translation of Obsopoeus' text," Fontaine writes. "That would be a hopeless task ... [M]y aim was to transmute Obsopoeus' thought and spirit into clear and idiomatic English as it is spoken in the United States today, especially as I hear it spoken on college campuses."

So that's why Obsopoeus urges us to avoid "buzzkills" while drinking and laments that "nowadays, getting hammered is regarded as the greatest virtue."

Mr. Drinkies feels a kinship with Obsopoeus because our drinking philosophies seem to mesh. We both like to drink, in moderation. We both regard drunkenness as unfortunate. But we do live in completely different universes.

In Obsopoeus' era, hospital patients were allowed about 12 pints of wine a day, as were their attending physicians. I am rationed a cocktail and a glass of wine or two every other day. I don't believe I'd be happy if I drank a gallon and a half of wine a day.

We drink for all sorts of reasons: because our ancestors did, because it allows us to experience a state that is somewhat outside ourselves. It has been with us since we began to civilize and neuroscience explains that ethanol, the psychoactive ingredient of alcohol impairs the electrical signals that flow between neurons, interrupting the usual channels of communication and depriving us of the associations that normally inhibit us.

Drinking can help us escape the tyranny of constantly trying to make sense of an insane world. A little confusion of the neurons mightn't be a bad thing if it allows us to overcome our preoccupation with ourselves, if it bumps us out of the ruts of conventional thinking. A drink or two can divorce us from our top-of-mind preoccupations; we might momentarily lose our self-consciousness.

But we also understand how wholesale derangement can be dangerous. This is why it might be all right for buzzed people to flirt with each other or to try to paint or play guitar, but we certainly don't want them making life-altering decisions or driving or piloting a plane.

And given that alcohol has real and measurable effects and that some percentage of the population simply cannot tolerate it, some people might choose not to drink. Maybe they'd prefer to keep their neurons communicating as efficiently as possible. Maybe they don't enjoy the artificial lightness that social lubrication can provide. One man's thrilling zip-line ride is another's life-scarring nightmare is another's quest for spiritual ecstasy.

It's perfectly reasonable to abstain because the world and its complications will always be there when you come down. Fair enough.

REGARDED AS A SIN

It's a myth that everyone drank beer and no one drank water (because it was foul and polluted) in Obsopoeus' time; water was plentiful and clean enough, and drunkenness regarded as a sin.

But it's also interesting to note that most historians believe the wine they consumed then was about the same potency as the wine we drink now — about 12% to 15% alcohol. It's not unreasonable to think that in Obsopoeus' day some people had developed a very high tolerance for alcohol, and others probably were half-tanked most of the time.

While some saintly people avoided alcohol entirely, teetotalism wasn't much of a thing until the early 19th century when Joseph Livesey founded the Preston Temperance Union and most folks drank often. Obsopoeus barely considered abstaining — he sees moderation as the inverse of drunkenness.

And he has plenty of advice on how to drink like a decent person, without indulging in the "obscene binges" to which even monks were subject.

Most of his advice has aged well. Keep the conversation light and don't argue about politics. Be discriminating and not promiscuous when choosing drinking buddies. Avoid blowhards and ex-monks and heretics, but Catholics are OK, and, he writes, pour generously.

Obsopoeus seems pretty tribal when he argues against drinking with diverse souls; soldiers should only drink with soldiers and sailors with sailors and so forth. On the other hand, you ought to seek out rich and powerful companions because "by drinking with them often ... you'll attain great wealth and high public appointments." (At another juncture he urges us to "grab drinks frequently with the great!")

While it was impossible for the folks at Princeton University Press to know we'd all be going into house arrest within days of this book's publication, How to Drink feels like it was made for these times. Obsopoeus tells "nowhere beats the advantage of staying home," and that the best drinking companion for any man is his wife: "She alone will be all the company you want or need."

Unless you're Socrates, who shared his house with his "notorious wife" Xanthippe.

"Living with a black demon is a lot easier than putting up with a beast like that until the end of time!" Obsopoeus writes in an uncalled-for aside. A few lines later, he comes out with this:

"Listless turtles have no problem forever living in their castles, and little old ladies can forever mumble to themselves in front of their fireplaces, but gentlemen belong out in the light. It's embarrassing for them to keep watch over their homes like pathetic hermit crabs. "

So which is it, Obsopoeus?

One gets the feeling these contradictions are part of Ol' Obbie's schtick — after spending three-quarters of the book railing against over-indulging, he spends the last part telling us his secrets of how to win drinking games because, well, he won a whole lot of them: Drink plenty of water, make sure your opponent is actually matching you drink for drink, and have something on your stomach before you engage in competition. Obsopoeus suggests a "nimble cow's roasted lung."

I tend to think Obsopoeus' colleagues had him right. I'm not sure I'd want to have a beer with him — he'd probably be trying to figure out if there was something I could do for him.

On the other hand, it might be nice to have a cocktail with Professor Fontaine, who has resurrected and re-invigorated this old text and made it relevant for those who might slam Goldschläger shots.