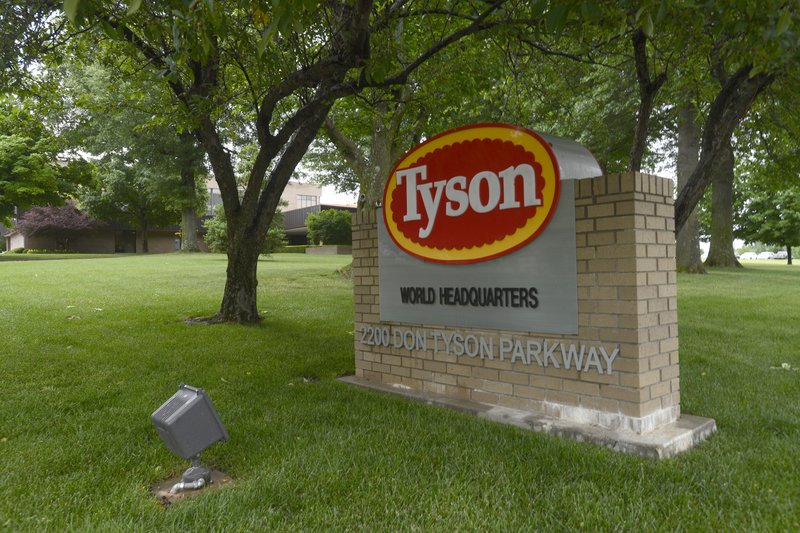 STAFF PHOTO The sign outside of the Tyson World Headquarters in Springdale.

The union represents 2,000 workers at the Camilla, Ga., chicken plant. Many employees there commute from nearby Albany, which has the second-largest coronavirus outbreak in Georgia.

Stuart Appelbaum, president of the union, said in a statement that Tyson, Pilgrim's Pride and others "can and must do better to swiftly protect workers."

On Monday, Tyson Chief Executive Noel White said the company has changed a policy allowing workers to bring their own protective masks to work. It has also closed a pork processing plant in Iowa this week after having more than two dozen positive cases at the facility.

"We continue working diligently to protect our team members at Camilla and elsewhere against what many industries around the world have learned is a challenging and ever-changing situation," Tyson spokesman Gary Mickelson said in an email Tuesday.

Tyson did not comment on the reported deaths or whether any production changes have taken place in Camilla.