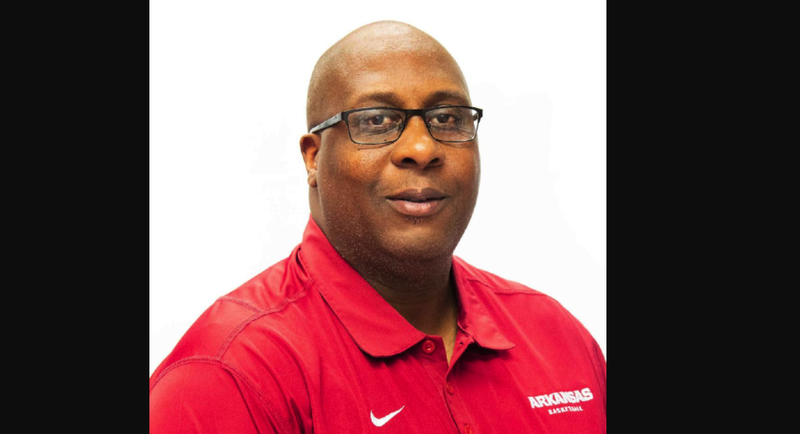 He immediately passed the message along to his wife, Nicole: Former Razorbacks coach Eddie Sutton will be announced as one of the inductees for this year's Naismith Memorial Basketball Hall of Fame.

The official announcement was made Saturday.

Williams, who just completed his first season at Arkansas as an assistant under Eric Musselman, played for Sutton at Oklahoma State in the early 1990s and was part of a pair of Sweet Sixteen appearances. He returned to Stillwater, Okla., to work for Sutton as a student assistant in 1993-94 and was on the staff the following year when the Cowboys advanced to the Final Four in Seattle.

"I'm so pumped. I'm excited," Williams said. "I'm just so happy for him. He's so deserving. Just look at what he's done for the game and the lives he's changed."

Sutton, 84, was a finalist for the Naismith Hall of Fame for the seventh time since 2002. Many believe his previous omissions from the hall of fame are for either a lack of a national championship, his resignation at Kentucky amid an NCAA investigation or for his documented alcoholism that forced his resignation at Oklahoma State following a DUI citation in 2006.

Williams said Sutton should have been voted in long ago.

"I think the thing that disappoints me is we all have made mistakes in our lives - all of us," he said. "For some reason, his would weigh more heavy on people than I think it ought to have. I just know the man. The man was unbelievable to me and my family.

"He always not only called me and told me happy birthday, but when he was able, he would sing me happy birthday. He had a good heart. When his wife died, he would always just remind me to always tell my bride I love her. He always said, 'Take care of your bride.'"

Williams, who wrapped up his college career eighth on Oklahoma State's all-time scoring list, has a bobblehead of Sutton prominently displayed in his office in Arkansas' basketball performance center.

He said he just smiled when he looked at it Friday.

"Everybody likes to be rewarded for the work that they do," Williams said. "He had a profound impact on the game. I watched him, how he worked, how he created these coaches, created these young men who were successful. Now, he's getting a part of that reward.

"That's what he did for most of his life. He was a coach. That was not the only thing he was, but he's recognized as a coach and a father figure to a lot of us."

Williams said he sent a text message to each of Sutton's sons -- Sean, Scott and Steve -- after learning the news. Sean Sutton is on the basketball staff at Texas Tech, and Scott Sutton is an assistant coach at Oklahoma State.

"They're excited for their dad," he said. "... They've been waiting for this moment for a long time, too. Their life has been shattered every time he didn't get in."

Arkansas associate head coach Chris Crutchfield also has ties to the Suttons, having worked under Scott Sutton for four years at Oral Roberts. Sean Sutton was also on the Oral Roberts staff, and Crutchfield has known the family for more than 20 years.

Crutchfield said he remembers talking with Scott on the recruiting trail last fall and both being puzzled as to why the legendary coach had not yet been inducted into the hall of fame. Now, he's in.

"I was ecstatic because I know he's been in that battle for a while," Crutchfield said. "I know it was starting to frustrate some people around him. Any time you have to wait to get through something like this that everybody thinks is really clear and cut, when you get it it really makes it worth the wait. I'm just happy for the family.

"There's no ifs, ands or buts about it: he's a hall of fame coach. But that's the process they were going through. It just didn't happen fast enough, but now it's over."

Crutchfield grew up in Hopkinsville, Ky., and worshipped the Kentucky basketball program. Sutton was the Wildcats' coach from 1985-89 and was one of his greatest basketball influences.

Crutchfield recalls playing against Sean Sutton in high school and everyone making a big deal of his father being in attendance.

"Coach Sutton walks in and you're looking in the stands to see where he's at," Crutchfield said.

Crutchfield said he spoke or texted with all of Sutton's sons Friday. The family has been instrumental in his own coaching career, he added.

"I know how important he was to a lot of people's success in college basketball," Crutchfield said. "I'm happy for all of them that's it's finally over and he's going in, and he's going in when he can enjoy it."