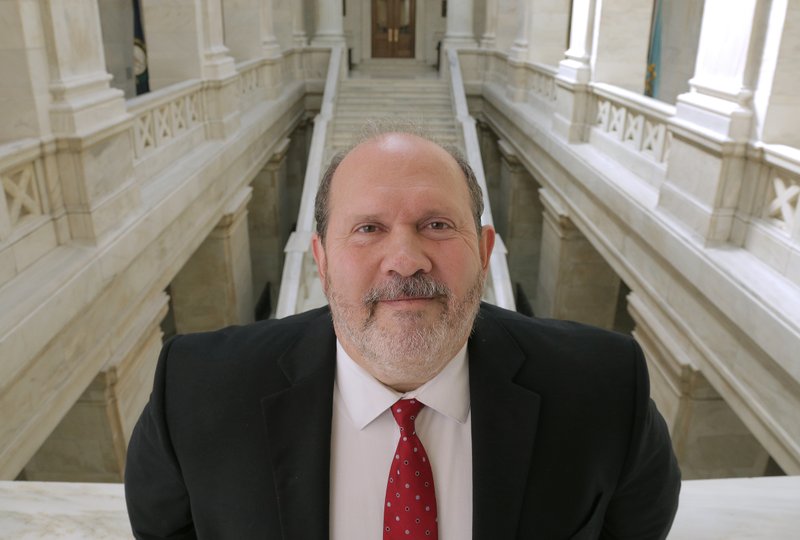 Rich Huddleston, the executive director of Arkansas Advocates for Children and Families, is shown in this file photo.

A new report from a Little Rock-based group of advocates and policy experts says that while Arkansas' covid-19 responses have been mostly positive, there's more that can be done, particularly for families with low incomes.

Rich Huddleston, executive director of Arkansas Advocates, said some of the changes could be accomplished administratively, while others may require legislative action. At least one would require federal action.

"We are encouraging folks in our network to the extent that they are able to contact legislators as well," Huddleston said. "We are under no illusion that during this fiscal session that they are going to do much action other than budget items."

He added that Arkansas Advocates staff sent a copy to the governor's office.

Policy recommendations include a statewide stay-at-home order, closing most child care programs and ramping up efforts to communicate public health information to the public.

It focuses on seven major areas:

Huddleston emphasized that he views the steps Gov. Asa Hutchinson has taken thus far as positive, saying the governor had been transparent and moved quickly.

"I think there are additional steps that can be taken," Huddleston said. "Our goal of putting this out was really to make sure Arkansas can do everything it can in the short-term to get more cash assistance to vulnerable families."

Hutchinson has thus far resisted calls to issue a stay-at-home or shelter-in-place order, saying that to do so would result in more job losses and that there's minimal difference between what Arkansas is already doing (closing restaurants, bars, schools and other businesses) and a full-blown order.

About 90% of the country is under either a state- or city-mandated stay-at-home order.

"Because of the rural nature of the state, I think it's going to be a little more difficult to enforce," Huddleston said of the report's recommendation to enact such an order. "I think we want to do everything we can to flatten the curve of the outbreak, and I think it's the logical next step."

These recommendations include waiving the WIC physical presence requirement for certification, waiving the requirement that SNAP applicants be interviewed by state eligibility workers, and increasing allowable benefits for several programs.

The state has already taken steps to make it easier for families to apply for child care vouchers, unemployment assistance and food assistance. The state also is providing increased payments to foster care families.

For the Marshallese population, adults don't qualify for Medicaid benefits because of wording in a law passed about two decades ago.

People from the Marshall Islands are allowed to move freely back and forth between the United States and the islands, but narrow wording in a federal law passed during former President Bill Clinton's administration excludes adults from Medicaid benefits.

"All public health depends on everyone in the community so if there's a group of people in our community that don't have access to services as much as others, that is not ideal for the health of the whole community," said Laura Kellams, the Northwest Arkansas director for Arkansas Advocates.

The report states that Arkansas Advocates will publish another examination of longer-term policies. Huddleston said that will likely focus on economic impact on families, particularly state budget cuts.

The state cut $353 million from its general revenue budget in late March.

"Until we know more about where the budget is going to be cut, in terms of what larger priorities are, that's a major unknown question," Huddleston said.