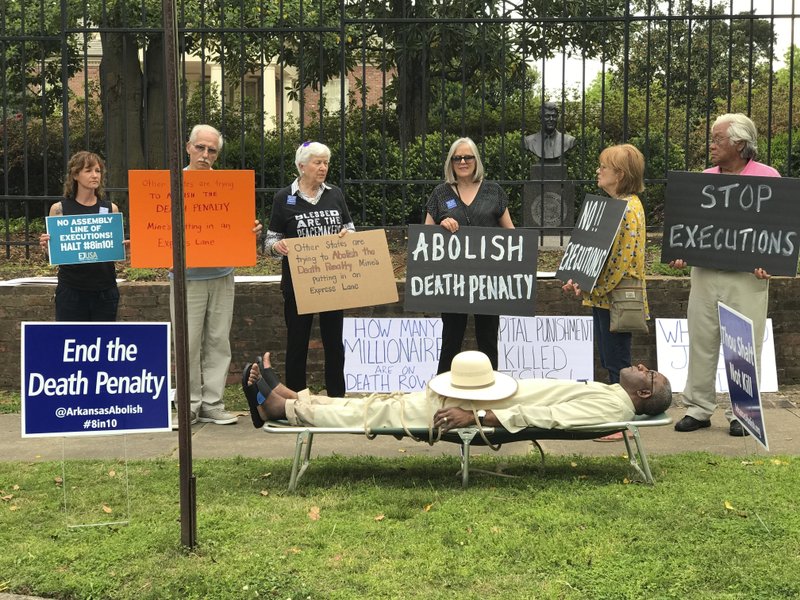 In this April 14, 2017, file photo provided by Sherry Simon, Pulaski County Circuit Judge Wendell Griffen, is shown on a cot at an anti-death penalty demonstration outside the Governor's Mansion in Little Rock, Ark. (Sherry Simon via AP, File)

Griffen was disqualified from handling execution cases in April 2017 after he was photographed at a demonstration the same day he blocked Arkansas from using a lethal injection drug.

Griffen on Monday said the court was mistaken in viewing his rejected request as a petition for rehearing from its 2017 order. He said the court didn't grant him a hearing before it prohibited him from execution cases.