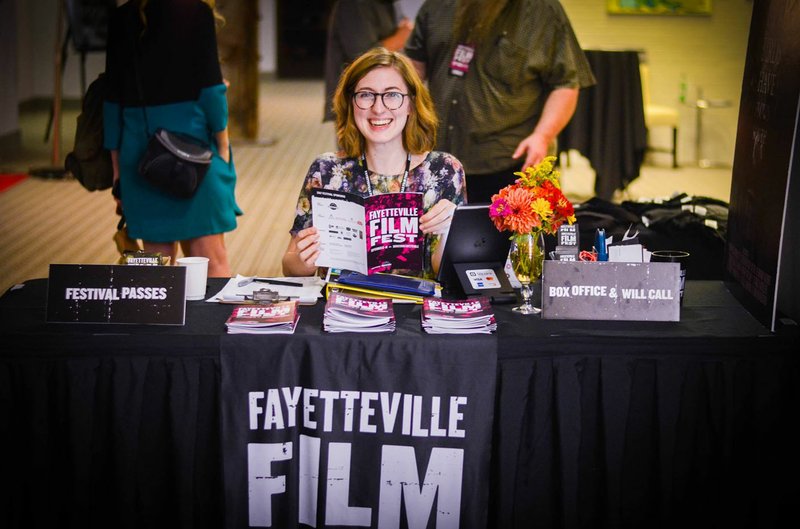 "I just want to watch some movies and eat some popcorn," says Morgan Hicks, executive director of the Fayetteville Film Festival. "A film festival like ours is this incredible opportunity to see some great feature films and documentaries, but what I personally love the most are the blocks of short films -- perfect for those days when you have a short attention span!"

While Hicks might be taking a lighter approach to the upcoming event -- now in its 11th year -- the mission of the film festival is deep and wide: "The Fayetteville Film Fest is a cultural leader in our region, bringing world class film to our state, developing meaningful relationships with filmmakers, and nurturing the art of filmmaking by uniting a community of creators and supporters."

"The mission hasn't really changed since the inception of the festival, but I think the festival grows every year in its ability to truly make those connections," says Hicks, now in her fourth year on the FFF board. "I can also absolutely see how the quality of films created in the state has improved, as well as the overall quality of the submissions. We have incredible films that were made in Arkansas, and films that were made all over the world. We have films that have screened at prestigious film festivals like Sundance and Berlin, and films that are making their world premieres. I think the quality of films and the quality of connections are truly improving every single year."

Hicks knows that even though the Fayetteville Film Festival is older, there's a bigger one up the road that gets a lot of press. That's fine by her.

"The Bentonville Film Festival is a huge event that has such an incredible impact in the film industry," she says. "Our festival is a much more grassroots event, created by Arkansas filmmakers for filmmakers. We are focused on connecting filmmakers to industry professionals that can help them get their films made and distributed. We also focus on connectivity to our region -- awarding prizes such as the Fayetteville Film Prize (to promote filmmaking in Northwest Arkansas) and the Arkansas Connection Award (to honor a film that highlights the state)."

This year, the festival will celebrate a winner of one of the 2018 awards.

"Last year we rolled out the Fayetteville Film Prize, an opportunity for a filmmaker to pitch an idea for a short film and receive a $2,000 cash award to support them in making their film," Hicks explains. "This year, the first winner of the Film Prize will be screening in the festival. Austin Dean Ashford has created a film version of his one-man stage show '(I)land T(rap),' which will be screening for free at 6:30 p.m. on Oct. 5." 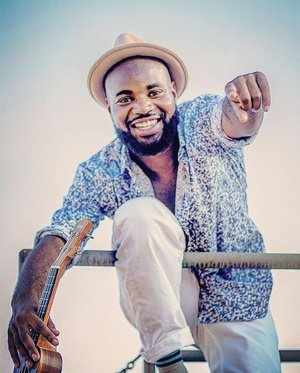 Courtesy Photo Austin Dean Ashford's "(I)land T(rap)" is the first winner of the Fayetteville Film Prize, which funded a film version of his world-renowned one-man show. In a reverse Odyssey, Black Ulysses sets off on a mythic voyage from his own island to discover his true artistic home. With the aid of a wise old lobster and a ukulele, his epic journey takes him through the straits of self-doubt and self-worth as he seeks, through poetry and song, to find and reveal his authentic self. The film will screen at 6:30 p.m. Oct. 5 at the Global Campus Theatre as a free part of the Fayetteville Film Festival.

And, she adds, "this year, the pitch contest has been reorganized so that the public is able to attend the finals round. We think this will get people really excited and looking forward to seeing the winning pitch realized as a complete film at the 2020 fest."

"I feel honored because I had a lifelong dream supported by my local community," says Ashford. "I consider the $2,000 cash prize for the budget of the film was a seed of faith that I know will prove a positive harvest. Essentially, the Fayetteville Film Fest has adjusted my trajectory as an artist and granted me a community of filmmakers I hope to continue collaborating with in the future."

Hicks says while the focus is on filmmakers, she wants everyone to feel welcome at the festival.

"I've attended festivals all over the country, and I think ours is one of the easiest to navigate and most enjoyable," she concludes. "We hope that anyone who loves movies -- even those who have never attended a film festival -- will come and check it out." 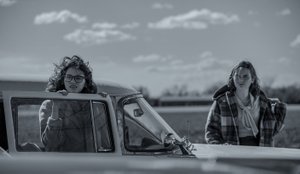 Courtesy Photo "To The Stars"

The story: Under small town scrutiny, a withdrawn farmer's daughter forges an intimate friendship with a worldly but reckless new girl in 1960s Oklahoma.

Next place it can be seen after FFF: Tacoma Film Festival.

The story: After the death of his mother, heartbroken 15-year-old Shaw (Nolan Lyons, "Boardwalk Empire") is compelled to move in with his estranged father (veteran character actor James Le Gros), a conflicted alcoholic more concerned with hunting deer than raising a son. Shaw, already a bullied outcast at school, struggles to come to terms with his grief and new life with an emotionally distant dad while wanting a traditional funeral for his mom -- something his father can't afford. Director Nick Frangione evokes what it's like to live in conservative, rural America at this particular moment. In a world of swap meets and damaged souls, will this grieving teen find a place to fit in?

The inspiration for the film: Frangione draws on childhood memories of growing up an outsider in rural Pennsylvania for this affecting drama. 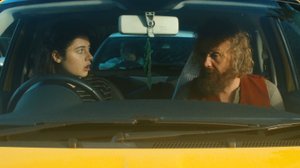 Courtesy Photo "Above the Clouds"

Suggested rating: 15 in UK, not sure of US ratings

The story: On her 18th birthday, headstrong and artistic Charlie makes a startling discovery. The man married to her mother isn't her dad. Recruiting Oz, a rough sleeper whose only possession is his driving license, she embarks on an epic road trip from Margate to the Isle of Skye to track down her biological father. On the journey they both learn more than they bargained for -- about themselves, each other, the importance of family, and why (sometimes) there really is no place like home.

The inspiration for the film: "I had read a review of a British road movie (I can't remember which) that said road movies don't work in the UK, because you can't go very far so you can always just turn around and go home again," producer and director Leon Chambers says. "So the idea grew out of that challenge and my love of US indie movies like 'Juno,' 'Little Miss Sunshine' and 'Sideways.' I came upon the idea of the driver being a learner, and I realized she would need a 'responsible adult' and the idea of the odd couple was born. The title came about when I was flying home from New York and it was raining hard and when I arrived in London and it was raining there too. But all the time we were above the clouds, it was always sunny."

Next place it can be seen after FFF: Santa Cruz Film Festival, Ridgefield Independent Film Festival, Margate Film Festival (the UK seaside town where the film is set) and Naples (Florida) Film Festival. It will be released on video on demand in December.

File Photo "Max Winslow and the House of Secrets"

"Max Winslow and the House of Secrets"

The story: Five teens are invited to the home of an eccentric billionaire to compete in a game to win his mansion. The night takes a dark turn when they become trapped in the house and are forced to face off against an evil AI entity named HAVEN who controls everything in the house, including their fate.

The inspiration for the film: How social media and AI have such a grip on our youth.

Next place it can be seen after FFF: Skylight Cinema 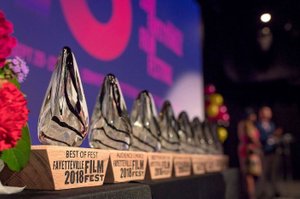 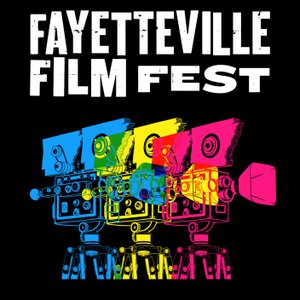