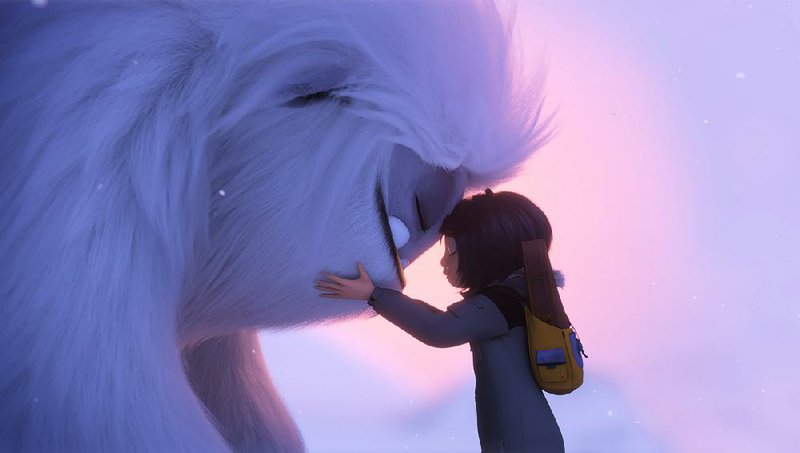 Everest, a displaced yeti, is befriended by the young Yi (voice of Chloe Bennet) who tries to help the creature return to his Himalayan home in Abominable.

Writer-director Jill Culton doesn't discover any new territory with Abominable, but the co-creator of Monsters, Inc. and Open Season manages to make the familiar trip enjoyable.

In her world, monsters like yetis aren't dangerous if they are unprovoked. They also have lessons about loyalty and kindness to teach humans.

Rating: PG, for some action and mild rude humor

The film begins when a yeti named Everest (Joseph Izzo) manages to escape from a sophisticated bunker. Because he's large and strong, knocking down doors is a given, but he also has a gift for making plants and inanimate objects do his bidding.

A bitter English tycoon named Burnish (Eddie Izzard) and his biologist sidekick Dr. Zara (Sarah Paulson) scour an unnamed Chinese city trying to find the creature so they can display it for profit. Burnish is tired of people thinking he's crazy for publicly declaring he has seen yetis and refuses to let the creature go in peace.

Despite being the size of small elephant, Everest hides on the roof of an apartment building that houses a lonely teenage girl named Yi (Chloe Bennet). Yi's father has recently died, and most of the other youngsters in the neighborhood resent her because she has to work for a living.

Actually, she works several jobs. She dumps garbage, walks dogs, babysits and several other activities in order to pay for a trip around the country. She's poor and with her dad gone, she's the one who has to earn the money.

Of course, she makes a friend with the creature on the roof.

One refreshing touch Culton and co-director Todd Wilderman bring to Abominable is their eye for detail. As Yi toils her endless series of odd jobs, you can see the grease stains accumulate on her clothes. Yes, it's a cartoon, but having these details right makes it easier to believe that yetis actually roam the Himalayas. The other kids, with the exception of basketball enthusiast Peng (Albert Tsai), make fun of her because dirty jobs make her smell bad.

Yi and Peng realize that Everest can't stay in the city with Burnish's mercenaries hoping to recapture the beast. They team up with Jin (Tenzing Norgay Trainor) to help the yeti return to his namesake mountain, even if it's practically a continent away.

If Culton's plotline is routine, her handling is sincere and occasionally charming. The protagonists are consistently endearing, and Culton does create some delightful eye candy built around Chinese landmarks. She also does something I wish more animated films would do: Her characters grow and change. People who seem contemptible in the early portions of the movie learn from their mistakes or at least have reasons for their regrettable actions.

If Culton doesn't bother to explain the parameters of Everest's magical gifts, she's at least wise enough to include a breathtaking score from Rupert Gregson-Williams. Yi learned violin from her father, and she uses her musical gifts to win over Everest and the audience.

Like Olaf before him, Everest may be a creature of the ice, but his warm heart makes it easier to accept these frozen tropes. 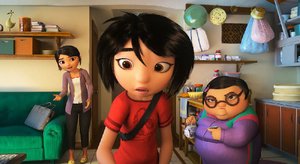