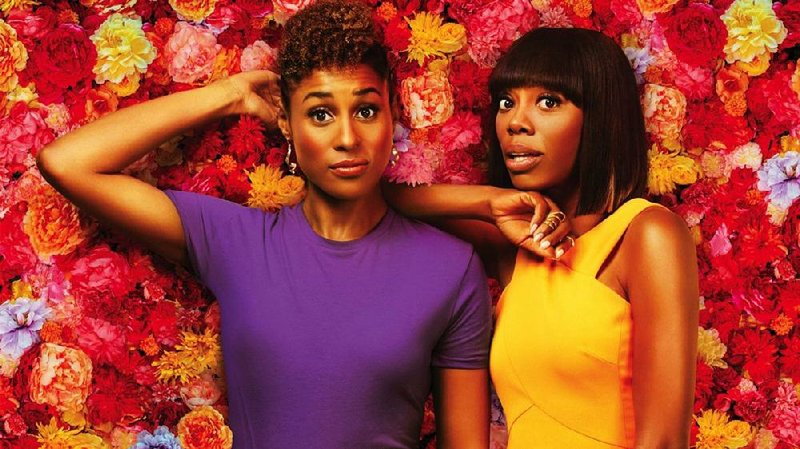 Issa Rae and Yvonne Orji star in the HBO’s Insecure, a serious comedy about a single black woman’s sometimes awkward negotiations with adulthood and Los Angeles. Two episodes from the series will be screened and discussed to kick off the Arkansas Cinema Society’s Dreamland Film Series at Philander Smith College on Saturday.

In February 2018, I wrote a column about how I'd design a hypothetical course on "black cinema," a term I'm not completely comfortable with given the inherently collaborative nature of the art. It was a thought experiment in which I recommended a few films -- from Oscar Micheaux's 1919 silent movie Within Our Gates to Barry Jenkins' Moonlight (2017) -- that might make for an interesting survey of black folks' contributions to American cinema. It'd make a fun class.

I didn't expect it to go any further than that but for my friend Ann West, who works as a volunteer with the LifeQuest nonprofit where I sometimes lead discussions on movies. She thought my hypothetical syllabus might form the basis of a film series, though it probably was a little more ambitious than what we normally do in our LifeQuest sessions. (Next year we're going to watch and talk about the first season of Ray McKinnon's TV series Rectify, where each episode runs about 45 minutes, leaving us another 45 minutes to talk about them. I show full-length movies in the summer session, but the summer sessions are only four weeks long.)

So Ann asked if I minded if she talked to some people about putting on my hypothetical film series. I said sure. So she started talking to Kathryn Tucker, co-founder and executive director of the Arkansas Cinema Society. That led to a series of meetings and some high-minded talk and the formation of a task force headed by ACS board member Jon Crawford. Then, well, as some of you might remember, I built a house. And we moved.

The logistics of doing this kind of film series -- which would involve flying filmmakers and other qualified talkers in to talk about the films we would show (because I for sure am not going to stand up on stage alone and attempt to hand down opinions about what the movies are about) -- began to feel overwhelming to me. So I shut up for a while and hoped the whole thing would go away.

But it didn't. And so -- with absolutely no help from me -- the ACS folks put together the Dreamland Film Series, which will kick off Saturday night at Philander Smith College's M.L. Harris auditorium with screenings of a couple of episodes of HBO series Insecure, followed by a panel discussion with Insecure producer Deniese Davis; Arkansas native Jayme Lemons, who worked as a producer on the HBO series Enlightened; Little Rock mayor Frank Scott Jr. and me.

The screening starts at 6 p.m., doors open at 5:30 p.m. Tickets are free but reservations are required -- you can make them by going to the ACS website (arkansascinemasociety.org).

We'd talked about Insecure at our early meetings; the show is a racy comedy with a ribbon of existential dread running through its heart. Its main character Issa Dee (Issa Rae) is, as the series begins, fast approaching 30 and working for nonprofit youth organization We Got Y'all where she is seen as the go-to authority on all things black.

She has an underachieving live-in boyfriend named Lawrence (Jay Ellis) and a best friend, Molly (Yvonne Orji), a lawyer whose personal life is as messy as her professional one is orderly.

Other recurring cast members include Daniel (Y'lan Noel), a music producer with whom Issa has occasionally sought comfort, and Kelli (Natasha Rothwell) and Tiffany (Amanda Seales), members of Issa and Molly's core crew.

While any show that privileges the female perspective is liable to be compared to Sex and the City, in this case that feels like a reasonable antecedent as all four of the primary female characters can be seen as archetypal-- though within each one (even preternaturally self-confident Kelli) we perceive tensions between hedonism and self-negation, between id and super-ego.

It's a black show because most of the characters are black, but it's also a show that thoroughly normalizes the black experience. The nuances are black, but the show has a universal resonance.

At least that's some of what I think about it; Saturday's discussion might tease out more thoughts.

I'm happy that someone followed up and we've got this series up and running. We hope it will continue, that there will be a new installment every couple of months or so. The "Dreamland" in the title is a nod to Dreamland Ballroom, the venue that was one of the focal points of Little Rock's thriving black culture throughout most of the 20th century. (Gabe Mayhan, ACS executive director Tucker's husband, directed the 2017 AETN documentary Dream Land, Little Rock's West 9th Street.)

Print Headline: ON FILM: Dreamland Series was destined to be