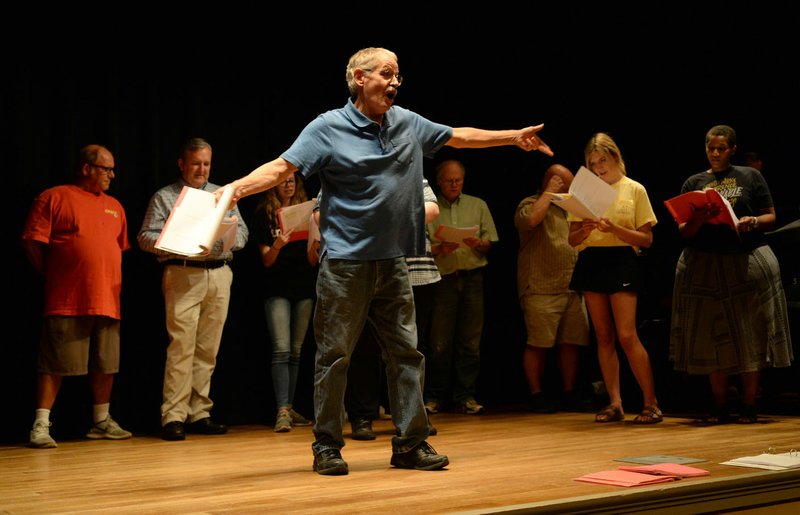 NWA Democrat-Gazette/ANDY SHUPE Steve Voorhies sings during rehearsal for the Northwest Arkansas Gridiron Show. The production to benefit the Society of Professional Journalists will run Oct. 4 and 5 at Arkansas Public Theatre at the Victory in Rogers.

Every year, the journalists of Northwest Arkansas get together to write, produce and appear in two outrageous acts of skits and songs poking fun at politics — and almost everything else.

This year, topics in the Northwest Arkansas Gridiron Show — titled “Game of Groans” — include the UA football situation, the future of Sarah Huckabee Sanders, the attempted purchase of Greenland and what might happen if Mary Poppins invaded the White House.

Listen to Features Editor Becca Martin-Brown chat with Antoinette Grajeda from KUAF and retired city editor Dave Edmark about what to expect at 7:30 p.m. Oct. 4-5 at Arkansas Public Theatre in Rogers.

Listen to the podcast on SoundCloud