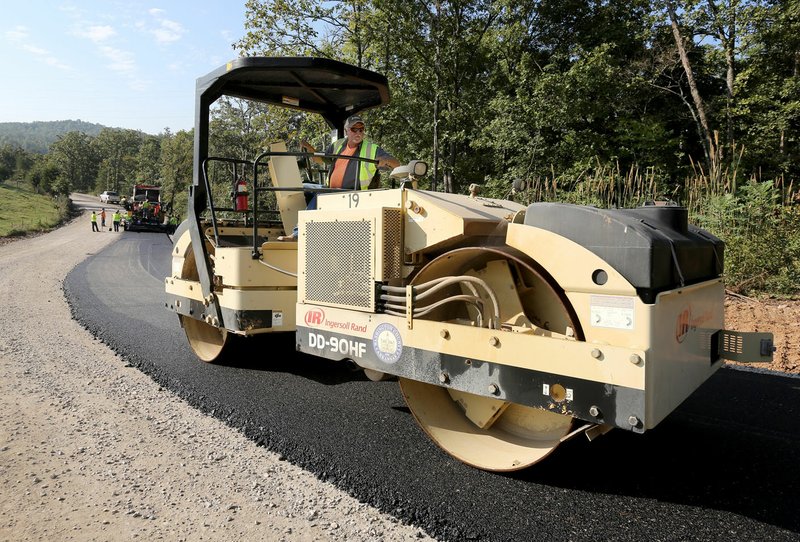 FAYETTEVILLE — Next year’s U.S. census will show population growth in Benton and Washington counties, which will reduce the share of sales tax dollars each county government receives.

Their share of the revenue pie shrinks with every census, finance figures for both counties show. The upcoming 2020 slice is expected to be the thinnest yet, according to Washington County Treasurer Bobby Hill and Benton County Comptroller Brenda Guenther.

“People expect the county to just keep functioning and it will, but it should be a concern,” he said.

For example, Benton County is looking at plans to renovate the courthouse. The project’s estimated cost is about $15 million. The money will come from county revenue and reserves after voters rejected a one-eighth percent sales tax increase in a March 12 election.

Washington County’s Quorum Court on Thursday imposed a daily fee for cities to house detainees in the jail. The county will charge cities as much as $63.12 a day per prisoner. The court approved the action in a 10-4 vote after transferring more than $1 million a year from the general fund to cover jail expenses. The jail’s shortfall is expected to go up to $1.5 million in 2020, according to estimates.

How the counties will cope with their lessening share of the tax money is a decision leaders will have to make in late 2021, after census figures are finalized. The U.S. Census Bureau will collect data in 2020 as it does every 10 years, but final, official numbers will come out sometime in 2021, in time for the 2022 budgets.

A county has core functions mandated by the state constitution it must provide regardless of revenue, such as circuit and district courts, a jail and county offices. Demand for those services goes up as the number of people who live in the county goes up. The county must offer those services to all its city dwellers and rural residents alike.

A greater percentage of Northwest Arkansas’ population choose to live in cities than in unincorporated areas, results from each census show. The cities also have been busy annexing land from the unincorporated part of the counties.

Together, they create the trend.

County governments in Northwest Arkansas also expect to get a lower percentage of other money, such as road taxes, when the census results are released.

But the largest source of money for the counties’ operating budgets by far is the countywide sales tax. Each of the two counties imposes a sales tax of 1%.

Cities within each county get a share of the money the sales tax raises. How much of a share depends on each city’s population at the time of the census. Fayetteville, for example, was home to 36% of Washington County’s population in 2010, according to that year’s census. So Fayetteville receives 36% of the money raised through Washington County’s sales tax.

The share based on each city’s population cuts into the county’s portion.

“We are fortunate that the economy here is growing, but, at some point, our share is going to be so small that it is going to be difficult to maintain county offices,” Allen said. “It is going to come to a head someday.”

The population of the unincorporated part of the counties is increasing, just less percentage-wise than the cities within the counties.

Benton County is the fastest-growing county in Arkansas in both numbers and percentage and one of the fastest growing in the nation by percentage rate, census estimates show.

Allen, who was a city councilman in Rogers, understands it’s in a city’s interest to annex recently developed property, he said. Such development helps the county’s overall property tax collection, but takes that area’s population out of the county’s portion, he said.

Benton County received $10 million of the county-wide sales tax in 2018, county figures show. Guenther estimates each 1% drop in the county’s share of the population in the 2020 census will reduce its revenue $200,000 a year.

Hill estimates a 1% drop in Washington County’s share of the population could take even more of the $7.2 million the county got last year from the sales tax.

“If I had to give my best guess, I’d say it will probably fall again to about 16%,” Hill said about what the census will show as the share of county population.

The method of splitting countywide, general sales tax revenue between cities and counties is prescribed in state law, said Jeff Hawkins, executive director of Northwest Arkansas Regional Planning Commission. His office reports to and helps coordinate actions between local governments in the region.

Other taxpayer money is divided by population, at least partially, officials said. The shares from other taxes and fees are relatively small, they said.

“The real money is in the sales tax distribution,” Hawkins said.

• Appropriations from the state Legislature to assist counties