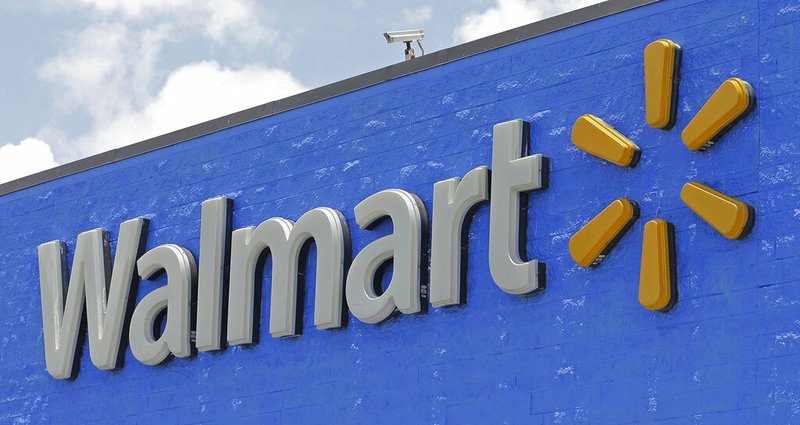 Walmart Inc. said Friday that it will phase out sales of e-cigarettes at all Walmart and Sam's Club U.S. locations. The Bentonville-based retailer released a statement citing "the growing federal, state and local regulatory complexity and uncertainty regarding e-cigarettes" as the reasons for the move.

Walmart said it will discontinue sales of the products after selling out of its current inventory.

The company said in May that it was in the process of discontinuing sales of fruit- and dessert-flavored e-cigarettes. In July, Walmart raised the minimum age to buy tobacco products to 21 after coming under pressure from the Food and Drug Administration for illegally selling them to minors.

Michigan banned the sale of flavored e-cigarettes this week. A few local governments, including San Francisco, have passed bans on flavored tobacco.

The company will also stop selling all related devices and accessories, including cartridges and pods. A Walmart spokeswoman said vaping products were a "relatively small category overall" for the company, which also sells traditional cigarettes, smokeless tobacco and nicotine gum.

The largest players in the market include Juul Labs, a San Francisco-based company that sold more than $1 billion worth of vaping products last year, and R.J. Reynolds Vapor Co.'s Vuse.

Joshua Raffel, a spokesman for Juul Labs, declined to comment. Last week, after President Donald Trump's administration proposed a ban on the sale of most flavored e-cigarettes, Juul said it strongly agreed "with the need for aggressive category-wide action on flavored products."

David Sutton, a spokesman for Altria, which owns 35% of Juul, said, "We respect a retailer's right to determine what products they want to sell."

More than 500 people have been diagnosed with breathing illnesses after using e-cigarettes and other vaping devices, according to U.S. health officials. An eighth death was reported this week.

No one product or ingredient has been identified as the cause of the illnesses, and health experts say there may be multiple devices or ingredients involved. Investigations are underway by the Centers for Disease Control and Prevention, the Food and Drug Administration and state health departments.

The recent round of illnesses have been reported most often in patients inhaling products with THC, the key psychoactive ingredient in cannabis. Some were using vaping and e-cigarette devices with both THC and nicotine, while a small number were using nicotine devices alone.

On Friday, the New England Journal of Medicine published a letter from researchers at Boston Children's Hospital who identified 908 confirmed and suspected vaping-related lung injury cases as of that date. U.S. health officials have been relying on a more conservative count.

E-cigarettes have ballooned into a multibillion-dollar industry. The products, which are typically marketed as a way to quit smoking traditional cigarettes, have gained popularity among teenagers. After years of steady decline, the number of middle school and high school students using tobacco products increased between 2017 and 2018, largely because of the growing popularity of e-cigarettes. More than 20% of high school students said they used e-cigarettes last year, up from 12% the year before, according to the CDC.

The e-cigarette industry was quick to strike back Friday against the retailer's decision. "The fact that Walmart is reducing access for adult smokers to regulated vapor products while continuing to sell combustible cigarettes is irresponsible," Tony Abboud, executive director of the Vapor Technology Association, said in a statement.

"Make no mistake: none of the e-cigarettes, including cartridge based e-cigarettes, currently on the market have gone through the FDA approval process," they wrote in a letter to federal regulators. "They are hooking our children on nicotine at alarming rates."

Information for this article was contributed by Serenah McKay of the Arkansas Democrat-Gazette, by Anne D'Innocenzio of The Associated Press, by Abha Bhattarai of The Washington Post and by David Yaffe-Bellany of The New York Times.