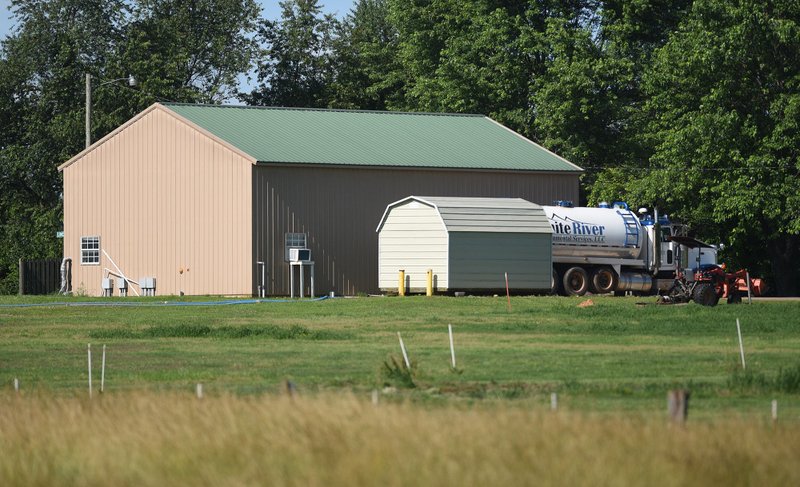 SPRINGDALE -- The state is investigating a report a firm hired to haul an estimated 117,000 gallons of wastewater from Bethel Heights applied it to land east of Springdale without a permit, officials confirmed Monday.

Jeff LeMaster, a policy adviser for the department's Office of Water Quality, said the agency has no record of a permit allowing White River to discharge wastewater at that site or elsewhere.

The hauler, upon request, provided the state with coordinates for an access gate to the land on Parsons Road, LeMaster said. White River Environmental told the department this was where the Bethel Heights wastewater was applied in late August, LeMaster said.

"We've requested records from both the city and White River," LeMaster continued. "But it's still too early to tell who's at fault."

He said enforcement actions might be issued, depending on the severity of the violation.

The White River flows into Beaver Lake, which supplies the region's drinking water, according to Beaver Water District, the utility that treats the water before it is sent to consumers.

White River Environmental Services has taken 16 loads of 4,000 gallons of the city's wastewater to the Northwest Arkansas Conservation Authority's water treatment plant in south Bentonville, according to that plant's records. That totals 64,000 gallons of wastewater.

Records provided by the state included three invoices to Bethel Heights from White River Environmental. The NACA documents listed 26 loads of 4,500 gallons each taken from the city's treatment plant between Aug. 12 and Aug. 23 and Sept. 3 to Sept. 6.

The records do not show where the company disposed of the wastewater.

ADEQ's latest enforcement actions began in February when the city again was found operating out of compliance with its treatment permit.

The state now requires the city to take weekly testing samples at its plants. The latest results, from tests taken Sept. 6, included pictures of water pooling on the surface of a plant's treatment fields with continued high levels of E coli and coliform recorded.

"Beaver Water District, along with other partners, monitors water quality in the Beaver Lake watershed," read a statement from the utility company Monday. "The water quality in Beaver Lake and the protection of the lake as a drinking water source is one of the district's greatest concerns," it reads.

Parsons in a phone call Monday said the action on his land was permitted, that he was shown a permit by a White River official.

"I have permission to do what I'm doing," he said.

"The landowner does not necessarily have to have a separate permit, but the land in question must be covered as part of the applicator's no-discharge permit through a land-use agreement with the landowner," said Jacob Harper, a spokesman for the department.

Dwain Parsons, the son of Harold Parsons, has similar applications to his land by other companies, which are permitted, according to the Arkansas Department of Health. He said the family uses the fields as pasture for his livestock.

ADEQ originally reported Joe Reed of Ready Rooter owned the land on which the wastewater was applied.

Industrial wastewater, biosolids, water treatment residuals and domestic wastewater all can be permitted by the department for disposal, Harper said. The state Health Department issues permits for the application of septage.

Records from the conservation authority show it received roughly 86,000 gallons of Bethel Heights' wastewater from BBB Septic and Portable Toilet Service of Bentonville in September.

The Conservation Authority recorded only one load of Bethel Heights wastewater from White River in August. But plant employees recorded 88,100 gallons from BBB that same month.

The conservation authority's records indicate it has received about 16,000 gallons of water a day since Sept. 4.

The state regulatory agency Aug. 16 sent a notice to the city detailing $122,000 of fines possible for polluting the ground, operating the plant out of compliance with its permit and providing false statements in its reporting to the agency.

The city has appealed, denying all allegations.

State officials May 6 ordered Bethel Heights wastewater and city officials to submit a plan for cleaning and repairing its plant. The state ordered the plan after a February inspection found numerous permit violations.

The department called the correction plan "inadequate" Aug. 16. The state said the plan didn't include all of the required elements. 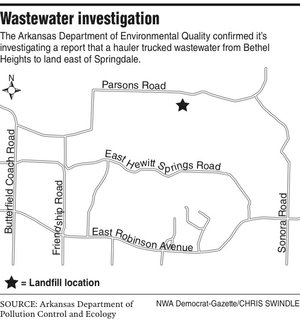