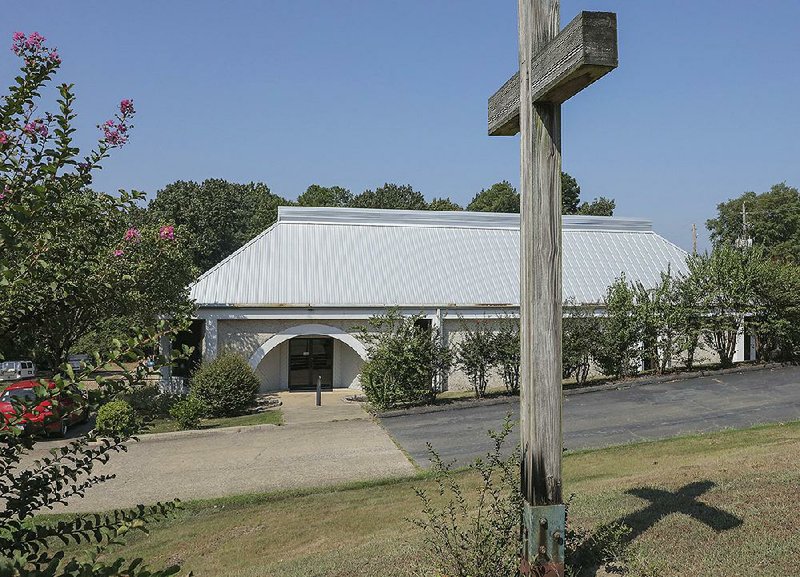 An old church on North Shackleford Road in west Little Rock has been transformed into a venue for three dancing associations. The city’s Planning Commission last week recommended a zoning change to allow the building to also serve as an event center.

A former church and day care in west Little Rock that has been used as a facility for three local dancing groups is now one step closer to also serving as an event center.

The proposed change in the use of the facility won the recommendation of the Little Rock Planning Commission last week despite opposition from the city's planning staff and from at least one neighbor. The proposal still requires the Board of Directors' approval.

The facility on a 5-acre tract at 1300 N. Shackleford Road is shared by a variety of businesses and organizations, including by the Little Rock Bop Club dancing group; the Ballroom, Latin and Swing Social Dance Association; and the Little Rock Country Dancers.

Michael Bennett, who operates a printing business at the location, owns the building. He said he also has allowed a friend who owns a mechanical contracting business to store material at the facility until he is able to rebuild after a fire.

Through the Bennett Davis Group, Bennett proposed revising the zoning for the property to allow for the event center to host wedding receptions and other events on weeknights and weekends.

Underscoring their commitment is the 10-year agreement the dance groups signed to lease the space, he said.

Still, Davis called the dance facility an "ongoing undertaking" that required structural and cosmetic improvements the groups were unable to afford. Allowing it to serve as an event center would provide income for the associations to put back into the facility, he said.

"We're in this for the long haul," Davis said.

The event center will build upon the success in turning around what once was a decrepit structure, he said.

"I took an eyesore and made it much better," Bennett said.

The planning staff didn't support the proposal and recommended the commission deny the request for the revised zoning.

The facility is on the edge of a neighborhood to the south, and residences sit on the other side of Shackleford. The staff noted the event center would operate on nights and weekends.

"Staff feels the proposed event center could negatively impact the adjacent and nearby residential properties," the staff said in documents prepared for the commission.

The staff also expressed reservations about overflow parking. The facility has space for 75 vehicles but would use unpaved areas for overflow parking, which violates city zoning standards.

Dana Carney, the city's zoning and subdivision manager, also expressed concern that the existing use of the facility exceeds its zoning limitations, under which it's allowed to operate from 8 a.m. to 5 p.m. weekdays. The dance groups hold events at night.

Jeff Jones, who lives on the 1200 block of N. Shackleford Road, said he was among the residents unhappy with the proposal.

"There isn't anybody who wants to live right next door to a busy parking lot that's got cars coming in and out of it all day and all night," he told the commission. "The activity involved ... is a noise level that is unacceptable when you're trying to relax in your own home after a long day at work."

The other seven members who were present voted to support the proposal, led by Robert Stebbins, who said he understood the concern of residents but that the proposal was "the highest and best use of the property." 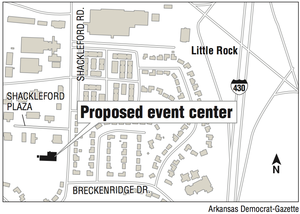