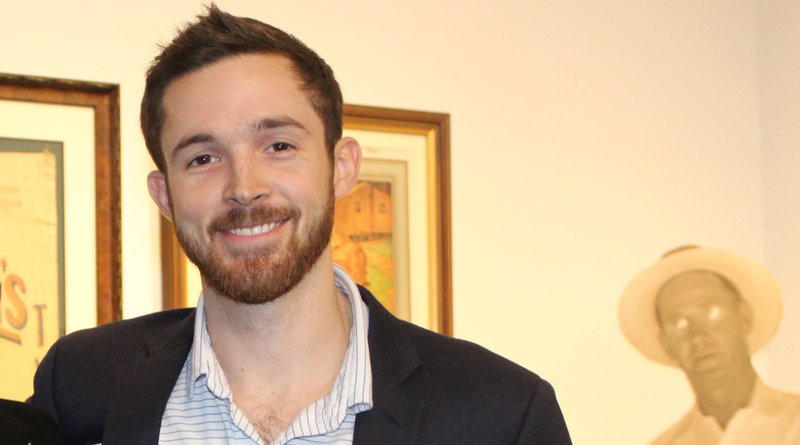 John R. Tyson is shown in this photo.

John R. Tyson, great-grandson to the founder of Tyson Foods, will be the food producer's chief sustainability officer, the company said Tuesday.

In this role, Tyson, 29, will lead the company's efforts to support a more sustainable food system, by managing its sustainability strategy and teams focused on social responsibility and animal welfare.

Tyson will report to Noel White, president and chief executive officer, effective immediately, the company said. This is his first executive position with the company, founded by John W. Tyson in 1935.

"Taking care of our people and our planet is a priority for Tyson Foods," John R. Tyson said in a statement Tuesday. "We are uniquely positioned to lead within the global food system, and therefore we must continue challenging ourselves to be stewards of our natural resources while striving to feed the world safely, affordably and with delicious food."

He is taking over for Justin Whitmore, who was appointed Tyson Foods' first chief sustainability officer in 2017. Now, Whitmore is leading the company's growing alternative protein business, which includes blended burgers and plant-based nuggets.

"John has a passion for sustainability as well as the leadership skills to help continue the momentum we've built," White said in prepared remarks. "He cares deeply about the people of this company, understands the strategic growth opportunities in sustainable protein, and recognizes the importance of our enterprise-wide sustainability commitments."

In years past, Tyson Foods has issued a number of sustainability progress reports, most recently with goals of reducing its greenhouse gas emissions 30% by 2030 and making 2 million acres of corn "greener" through better farm practices.

It also has the largest team of animal welfare specialists in the industry and an educational program that offers on-site life-skills training for processing plant workers, the company said.

The fourth-generation Tyson recently joined the family business, serving as a director in the office of the CEO. Over the past five years, he has shadowed meetings of the company's board of directors. His father, John H. Tyson, has been chairman of the board since 2006.

Situations like this do raise concerns of nepotism, but Tyson Foods is hard to judge, said Alan Ellstrand, associate dean of the Sam M. Walton College of Business at the University of Arkansas, Fayetteville.

"I think for companies with deep family roots, it's not that unusual to continue to employ, hopefully well-qualified, family members," Ellstrand said.

After Walmart founder Sam Walton died, members of his family served, and continue to serve, on Walmart's board of directors, but not in an executive role. Ellstrand said, ultimately, Walmart went outside of the family for leadership. Tyson Foods has been more rooted in hiring family members to run the company's daily operations.

"Maybe someday, given his background, he could be leading the company one day," Ellstrand said about John R. Tyson's latest appointment.

John R. Tyson has a bachelor's degree in economics from Harvard University and a master's degree in business administration from Stanford University. Before joining Tyson Foods, he worked in investment banking for JPMorgan Chase & Co. and as a private equity and venture capital investor. He also is a lecturer at the Walton College of Business.