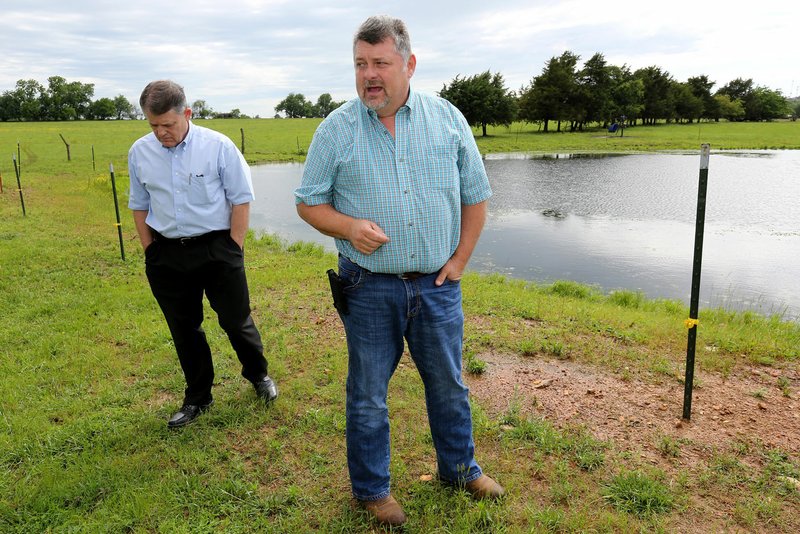 The Steele family asked Springdale to annex the land under a state law allowing a property owner to annex into an adjacent city if the controlling city cannot provide services, but the adjacent city can. The family owns a contiguous 153 acres at the site, with the other 80 acres already in Springdale.

Joe Summerford, Bethel Heights city attorney, told the Steeles in a July letter his city can provide the service.

Neither the family or Springdale officials feel Bethel Heights can provide the service.

“Their plant has been in violation for consecutive years,” said Mike Overton of Springdale’s City Council.

“The Steele land lies on a very viable community connection that’s on the cusp of major development,” Overton continued. “Bethel Heights has significant problems with their infrastructure and its stability.”

The state released results of tests taken Aug. 30 which show groundwater continuing to pool on the surface of the Bethel Heights’ treatment plant and levels of E. coli and coliform still high in that water.

“It’s a matter of providing health and safety services,” Overton said. “It’s incumbent on us to help when we can.”

Bethel Heights’ two wastewater plants have operated out of compliance with their permits for at least five years, according to records from the Arkansas Department of Environmental Quality. The department

city to truck out 25% of its treated wastewater, or about 20,000 gallons a day, until it can get its plants in compliance with their permits.

Bethel Heights’ wastewater system consists of a septic tank-pumped sewage collection system. Wastewater is collected from the sewage system and sent to one of two treatment facilities. Large solids and wastes are removed, and the treated water runs through a series of pipes just below the ground on several acres. The treated water is slowly dripped to release it into soil just below the surface.

Jason Steele said he expects Bethel Heights to sue the family to stop the annexation.

Bethel Heights officials filed a petition for a hearing on its compliance with the Benton County Circuit Court on another annexation with similar circumstances, said Springdale City Attorney Ernest Cate.