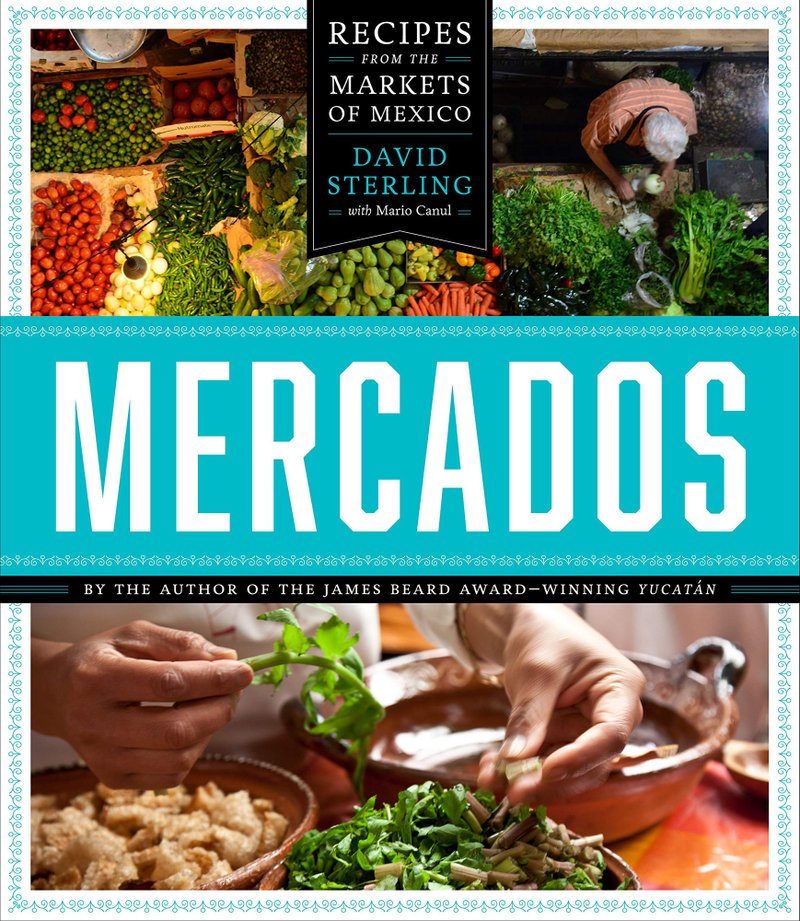 Mercados: Recipes from the Markets of Mexico by David Sterling (University of Texas Press)

The 560 thick, glossy pages of Mercados: Recipes From the Markets of Mexico are such a riot of color and photography, the first time I picked up the book, I didn't pause to read a word of it.

It took a second pass through David Sterling's gorgeous travelogue to absorb that it is equally rich in information — not so much a cookbook as a treatise on the food and culture of Mexico as told through its vibrant markets.

Sterling, an Oklahoma City native and New York City graphic designer, left New York after 9/11 to live in the Yucatan, where he ran a cooking school praised by the likes of Diana Kennedy and Rick Bayless. With Kennedy's encouragement, he wrote his first book: an exhaustive and beautiful culinary history of his new home called Yucatán: Recipes From a Culinary Expedition. It went on to win the James Beard Foundation's cookbook of the year award in 2015 and the prestigious Art of Eating Prize.

It comes as a sad surprise to learn at the start of Mercados that Sterling was working on the final draft when he died in 2016. His sous chef, Mario Canul, finished the book, though Canul had been contributing to it from the start, accompanying Sterling on his travels and taking many of the evocative photos.

Mercados begins in the Yucatan and, chapter by chapter, works its way west through every region of Mexico, each market a microcosm of a specific culture and its flavors.

There are endless discoveries. In the chapter on the Southern Highlands, the terrain ranges from "tropical coastlines to soaring peaks dotted with high valley towns blanketed in mist." Here, in the states of Oaxaca and Chiapas, the land is so remarkably fertile, it has been recognized as one of the most biodiverse places on the planet. Sterling and Canul bring the small markets to life by exploring the local varieties of beans (more than 25, most of them wild), chocolate, coffee and much more.

And then there are the recipes, more than 100 meticulous, authoritative and frustrating recipes, because, although Sterling gives substitutions for ingredients that are impossible to find outside of a tiny area, knowing as much as you now know only makes you crave a taste of the real thing.

As casual as the food may be, the preparations are almost always complex. Weekend projects instead of weeknight dinners. Still, there are a few exceptions to be found, recipes that reflect their regions, that call for ingredients that have largely made their way north onto supermarket shelves, and that will take just a little time to make, while you dream of your next trip to Mexico.