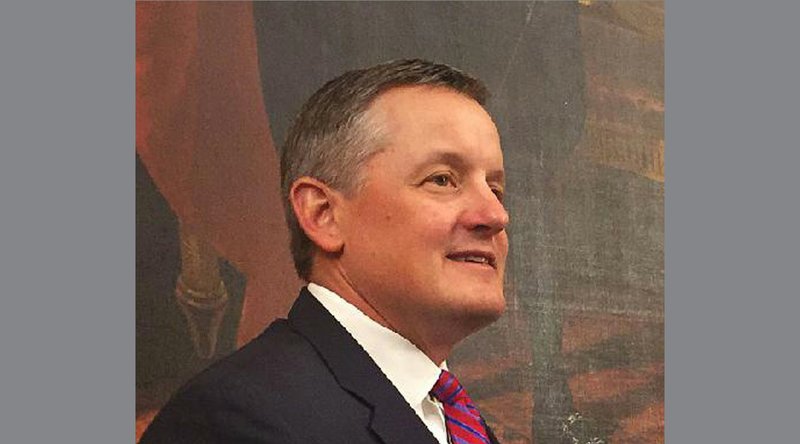 U. S. Rep. Bruce Westerman, R-Ark., is shown in this file photo.

The lawmaker from Hot Springs has introduced legislation that he calls the Fair Care Act.

“It has two primary goals: increase the number of people that are covered and lower the per capita cost for those who are being covered,” he told the conservative think tank forum.

It’s not an impossible task, he said.

“It’s something that we can do that’s attainable, but it’s going to require bipartisan support,” he said. “Quite frankly, neither party’s been able to do it on their own.”

The number of uninsured Americans climbed from 25.6 million in 2017 to 27.5 million in 2018, according to U.S. Census Bureau estimates released Tuesday.

Overall, the number of uninsured climbed to 8.5%, up from 7.9% the previous year.

Westerman’s legislation, which was filed in February, calls for sweeping changes. An updated version is expected to be filed shortly, he said.

With passage of the Patient Protection and Affordable Care Act in 2010, the number of uninsured Americans fell. But the cost of health care continued to climb.

“In just the last 10 years, insurance deductibles have tripled for people with employer-sponsored insurance. Coupled with high monthly premiums, Americans are spending more and more of their paychecks on health care. … The average American spends roughly 14.5% of their take-home pay on health care. This is simply not sustainable,” Westerman said.

Under his plan, large city health care providers with market shares of more than 15% would not be able to bill “commercial payers” more than the existing Medicare reimbursement rates. Those rates are typically far lower than the rates private insurers must pay.

The Fair Care Act would discourage hospital monopolies and consolidation in major markets. It authorizes $160 million in funding for the Federal Trade Commission — money that would be used to investigate “anti-competitive mergers and practices.”

The FTC would be empowered to investigate tax-exempt hospitals as well as for-profit institutions.

Hospitals would be required to publish the costs of common medical procedures, a move Westerman says would increase transparency as well as competition.

The Fair Care Act would repeal several taxes and would eliminate penalties on employers that fail to provide their employees with health insurance.

The legislation would also create a government-funded “high-risk pool” program and would give states greater flexibility to administer health care programs.

“I think he deserves a lot of credit for coming forward with an idea that breaks free, a little bit, from the decade-long debate we’ve had over the [Affordable Care Act] and its merits,” Capretta said.

In March, President Donald Trump suggested that his allies would soon be tackling health care, telling reporters: “The Republican Party will soon be known as the party of health care. You watch.”

Since then, neither the White House nor Republican leadership has put forward legislation to overhaul the system.

In April, Trump promised a vote on health care would take place in 2020 “right after the Election when Republicans hold the Senate & win back the House.”

In an interview Tuesday, Westerman said the process will take time.